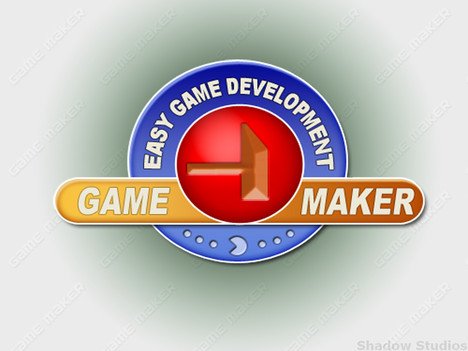 [Editor’s note: the GAMEGOBLIN tells us about the first game he designed for his A Time To Build Monthly Musing. — CTZ]

Every Parent-Teacher conference in Elementary was generally like this. I was a lazy kid, spending most of my hours playing videogames or drawing comics instead of doing homework and in-class assignments. In Elementary, I had ambition. I saw myself as a famous animator with their own cartoon and comic line and cared about little else. But ideas change, people grow up, and most people’s ambitions fall back to Earth and become something manageable, something they could actually accomplish.

I haven’t grown up yet.

In 4th or 5th grade, a friend of mine told me about seam-walking in Legend of Zelda: Ocarina of Time. Following seams in cliff sides could make Link scale mountains and go places never intended. Taking a break from trying to get to that goddamn hole underwater just out of diving range in Zora’s domain, we attempted seam-walking at Hyrule Castle. I never grasped the concept of videogames when I was young. I never cared about graphics or “how they did things” to craft games. I viewed them as a little internal world never thinking about who made them and how they were made. Seam-walking shattered my perception of videogames. 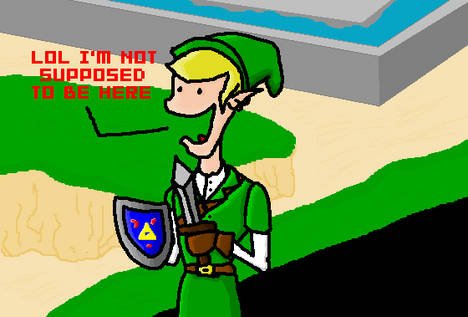 Seeing Hyrule Castle cut in half floating in the air made my jaw drop. Floating 2D sprites actually made up the mountains behind the castle and the whole environment wasn’t an interconnected world but a mere floating square. The world was indeed flat it seemed, and jumping off the end of the level plunged Link into a black abyss for what seemed like forever until he’d appear back in Hyrule Castle. I totally forgot about wanting to be an animator at that point. Now I wanted to create these worlds for myself.

In 6th grade, I found a copy of Game Maker on the school computers and decided I was going to try to make a game. I didn’t have Internet at the time so I visited my brother Luis’ home and surfed the web for Game Maker. I thought it’d be the perfect tool to craft my own games so I saved the installer onto a floppy disk and took it home to my personal computer. Luis was more than eager to help me out in my Game Maker adventures so we decided to work on a game together. He’s a real retro gamer and insisted that we’d make a new Mario game. He’d acquire the sprites off the Internet and plan stages while I’d do all the “programming”. We got to work the next day.

I started despising this view of me. At first I took it as a compliment, a scapegoat for my grades that were less than satisfactory. But as I began to really push towards making this game, I started to hate it. My parents thought it’d be something I’d never finish and ditch half-way through. After all, I was smart but lazy, right?

Even my friends didn’t think I could finish it. I was determined to show everyone wrong. If it was something I really wanted to do, I would accomplish it. I remember spending late school nights making Mario stop his running animation when landing from a jump and postponing (read: never doing) my homework because I was trying to make one of the bosses shoot projectiles randomly instead of straight ahead.

Now that I think about it, much of the in-between work is quite hazy. We spent a good two to three months laboring over our videogame and when it was finished we were so proud of ourselves. We really thought it was a fantastic game, with tons of secrets and plenty of levels with bosses and I posted it on Game Maker Games as soon as possible. My brother and I called our “company” Maddog games after his high school football nickname. Unfortunately they never posted it, and I don’t blame them; It was rather sloppy, there were glitches (although some were intentional and led to secrets) and most importantly, it was a Mario fan game. There were literally hundreds of ’em and every four out of five were terrible. Luis and I could care less though. We loved out creation and played it constantly. We got to planning more game sequels (Actraiser and Ys 3 were on the back burner) but we never really started to work on them and the ideas ultimately faded away. A dream deferred.

Unfortunately our Mario game was lost when my hard drive failed years ago. Phoning my brother yields the same results; He lost it two hard drives ago so I’ll probably never see it again. But asking my brother about it made me the happiest I’ve been in a long time. Hearing his slightly annoyed voice suddenly perk up made me extremely happy, and I could tell he was smiling over the phone as much as I was. Now I’m going to visit this weekend to search his basement because he’s hoping that he may have backed it up on a CD.

I still want to be a game developer. I’ve come up with numerous game play concepts, multiple game stories and I’ve had more creative surges than I can count. I have a folder full of text files and concept pictures with game ideas sprawled all over. I simply love the industry and I want to make it better, bring something unique and original to the market. I love to see the developer side of videogames and see the work they put into their game, and I want to be in there too. The Xbox 360’s new community games tab really inspired me as of late and I’m now looking into C# to get one step closer to being in the industry. I’m not much of a programmer but I’m willing to learn if I need to.

I just want to get the same feeling I got when I finished my first game and proved I wasn’t completely lazy.