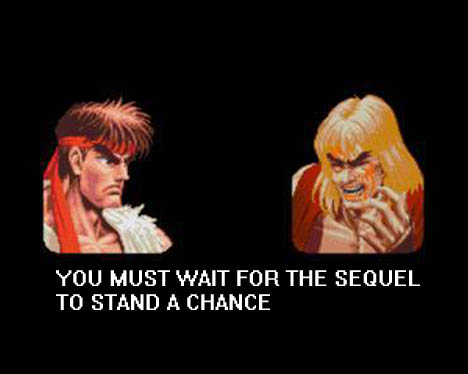 What? How can this be possible? A Street Fighter without Ryu and Ken is like a games Web site without angry trolls; it just doesn’t work without them!

Regardless of how wrong it sounds, this will be the case for the upcoming Street Fighter film, according to Eurogamer.  This lack of the main world heroes is supposed to help the focus on the film’s main character, Chun-Li.

There are just way too many characters in the Street Fighter universe to cram them all into one film,” said producer Patrick Aiello. “We want to do each one the justice he/she deserves. So, in short, Ken and Ryu will not be appearing in this film. But, that doesn’t mean we wont see our red and white-clad heroes in potential sequels…”

As you probably already know, Kristin Kreuk from Smallville will play the lead in Street Fighter: The Legend of Chun-Li. That may have some worried, but Aiello assures us that the movie is on the right track.

“Regarding the tone, I’m pleased to say we are certainly not going for camp or cheese or any kind of laughs,” added Aaron Horwitz, blog overlord. “While we’re definitely not trying to make the next Citizen Kane, we are going for a somewhat more realistic, gritty, dramatic and, oh yes, action-packed direction than you might expect.”

That’s great an all, but how can you have “action” without Ryu and Ken? Does this seem wrong to you?