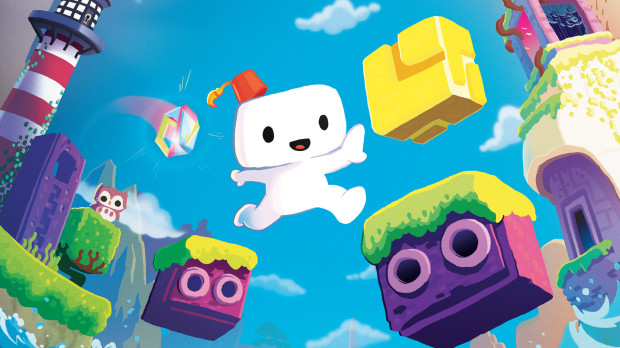 Full disclosure – I have met Phil Fish on one occasion. We bickered a little bit about if Fez would be a good fit for Nintendo 3DS, (I thought it would be good, Fish disagreed) but there was no hostility there.

I was excited about his game; he was receptive and engaging towards that excitement. That was about it. Since then we’ve chatted online here and there. I can’t remember about what. He is someone who wants to make great videogames. That’s reason enough for me to wish him well.

About two weeks ago, Fish and his company Polytron were reportedly hacked, suffering multiple breaches of secured information. Below is the official press release from Fish regarding these events.

A WORD FROM THE PRESIDENT OF POLYTRON

In less than an hour, aircraft from here will join others from around the world. And you will be launching the largest aerial battle in this history of mankind.

Mankind — that word should have new meaning for all of us today.

We can’t be consumed by our petty differences anymore.

We will be united in our common interests.

Perhaps its fate that today is the 4th of July, and you will once again be fighting for our freedom, not from tyranny, oppression, or persecution — but from annihilation. We’re fighting for our right to live, to exist.

And should we win the day, the 4th of July will no longer be known as an American holiday, but as the day when the world declared in one voice:

“We will not go quietly into the night!

We will not vanish without a fight!

We’re going to live on!

Today, we celebrate our Independence Day!

About POLYTRON: Polytron is a corporation presided by Phil Fish.

About PHIL FISH: Phil fish is the president of POLYTRON