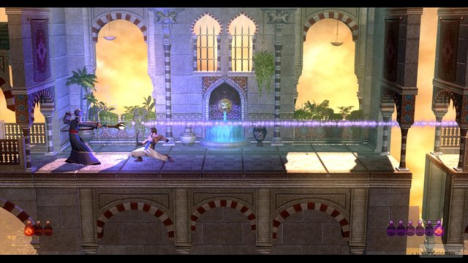 Like princes? Like Persia? Now with the wonderful gift of synergy, you can combine the two. Ubisoft has confirmed that the original Prince of Persia is heading to Xbox Live Arcade sometime in the early Summer.

The original 1989 classic gave the titular hero sixty minutes to rescue the princess from the clutches of the evil Vizier, as if there are non-evil ones. Seriously, when does a job title with a “v” and a “z” in it not require some small iota of nefariousness?

The biggest change in the game shall of course be an extensive graphical overhaul, the original 2D look being replaced by fully three dimensional characters and levels. As well as the fresh coat of paint, players will be treated to a selection of new enemies, puzzles and traps.

The remake is brought to us through Gameloft, who worked on the mobile versions of the Prince of Persia trilogy, and it’s shaping up to be a very nice looking game as this trailer should demonstrate. Also, screenshots.