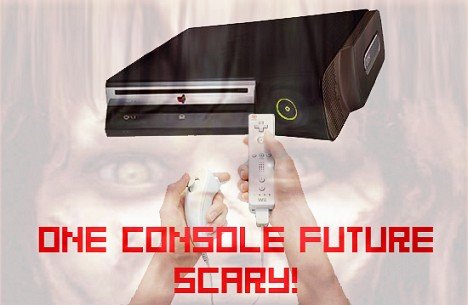 So I just spent a whole feature talking about the problems of trying to support multiple consoles — why would we still NEVER, EVER want a one-console future? After reading a number of the comments from Dtoiders on my last post, I’m quite impressed how many people seemed to piece it all together, and see that with just one console, there is no competition.

Competition becomes even more vital in an industry that is technology driven. It’s quite amazing that Moore’s law, which states that computing power doubles every 18 months, still holds true. This rapid evolution is primarily driven by competition. People are constantly trying to outdo each other. Consoles typically have a shelf life of about five to six years. What would happen without competition?

Probably something like what I’ll show you after the jump.

Where da Genesis go? What happened with the PlayStation 2?

In other words, we would potentially skip a whole generation of hardware. So what would make this such a likely scenario? Because when no competition exists, then you have a situation where a company’s bottom line is less aligned with consumer needs.

As an example, Nintendo was once clearly dominating the market with the NES. While the Sega Master system was on the market, it had less than 5% marketshare. Nintendo was so comfortable in their position they honestly felt like they could have extended the life of the NES by a good couple more years. From a business perspective it made sense. If they had a massive install base, then they can easily earn revenue with the fees they charge publishers for every game unit sold, a standard practice for all console makers. If they created a new cutting-edge system, the cost would be high, and the user base would have to be rebuilt from scratch. That’s just a high level of risk that most companies would rather avoid as long as possible if they could. Even when the Sega Genesis came out, Nintendo was still trying to milk the NES. But the Genesis actually worked. And Nintendo started to expedite the launch of the SNES, and that’s when we started to have our first real console wars. 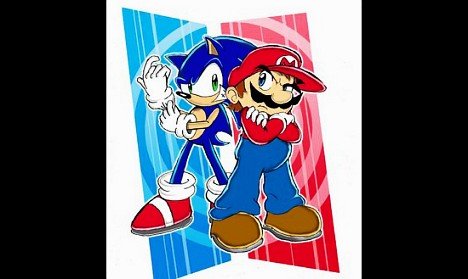 Granted this is one example. Do all big companies really act this way when they are in a dominant position? There are too many examples of how new competition fuels the push for some big changes.

Remember when AOL use to dominate the interwebs? They had over 20 million dial-up customers. Keyword: dial-up! Even though broadband was available, AOL didn’t want to upgrade because of the cost, and because growth for the dial-up service was still strong. And then cable companies started to offer broadband, and within two years, AOL fell from grace, because it was losing customers at a scary pace. Then they merged with one of the biggest cable guys around, Time Warner. 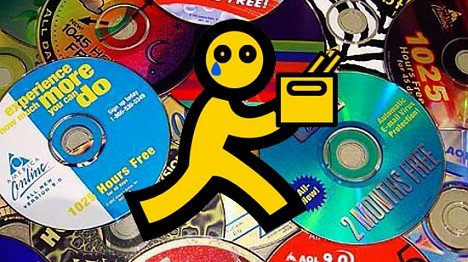 A FUTURE SO SCARY
So we have no Genesis and no PlayStation 2. That is one possible scary scenario with a one-console reality. But it doesn’t end there. I argue that we also wouldn’t have Microsoft’s Achievement Points. The whole achievement points system is really a clever way to build loyalty towards the Xbox 360 system. In many ways, I find it similar to Discover Card’s “cash back rewards” system. They were a small player in the space, so they created a loyalty system that would pull customers away from Visa and Mastercard. Because it worked, today you have all sorts of loyalty reward systems in place for just about every credit card. I also see a future with no Nintendo Wii. The Wii in many ways was born out of Nintendo’s desire to change the rules of the hardware race by focusing on a new experience rather than improved hardware performance. Without competition, would they have been so bold to try something so crazy? Mind you, when the Wii was first announced, everyone thought they were nuttier than a Snickers bar. Including me.

WHEN DOES A ONE-CONSOLE FUTURE MAKE SENSE?
I will say this, there is potentially one day when a one console future makes sense. And that’s when technology has reached its absolute peak, and no more improvements can be made. Thus, there’s no more reason to upgrade. Then the focus shifts from hardware to software. And that’s when having one console makes sense, because then we are thinking about how to make games better. But it almost seems impossible to think that technology can’t keep improving. Soon we’ll have our flying cars (only to be made obsolete with teleportation chambers).

CAN’T WE ALL JUST GET ALONG?
Some people propose the potential for a one-console future by having different companies come together and create one console core technology. The only problem with this is that some companies refuse to work with others, simply because they are competitors. The other problem is that if you have lots of companies coming together to make a core system, everyone would want a cut of the profits. If it were that easy, then we wouldn’t have the whole Blu-ray vs HD-DVD debacle. This fight was ugly, and it wasn’t because of whose technology was better, it was about who would eventually control the market with THEIR technology, so they can earn residual money on every disc made compatible with their system. That’s hundreds of billions of dollars on the line.

DIGITAL DISTRIBUTION IS OUR FUTURE
There are some folks who think that the concept of console wars will be obsolete in the future. Gaming will move towards a digital distribution model. That is very fascinating, and does warrant some further discussion!