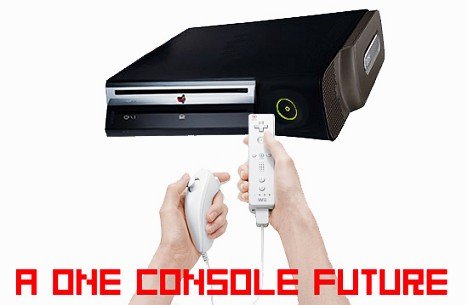 There’s been some interesting discussion on why the industry would be better off with a one-console future. Even such industry heavyweights as David Jaffe and Dennis Dyack have questioned, in their oh-so-charming ways, why it’s better.

As Jaffe asked, “Can anyone explain to me how having one console would be bad for gamers? Or game developers for that matter?”

So rather than ask why we don’t have a one-console future, let’s imagine a future if we had 10 consoles on the market. Or better yet, let’s say 200.

The Ghost of Gaming Yet To Come

I know, I know, that sounds ridiculous — like Tila Tequila getting her own show. Wait … that did happen. But for the sake of analysis, let’s just say in a twisted future world it was this way. And we can then take data we have on a comparable industry: the mobile games industry.

What many people don’t know is that in the mobile games industry, one game needs to be ported to nearly 200 different phones. And phones have different CPU power, different screen sizes, and even different button layouts. Trust me, you do not want to be a mobile games developer!

So what problems does this cause? It all comes down to added cost. 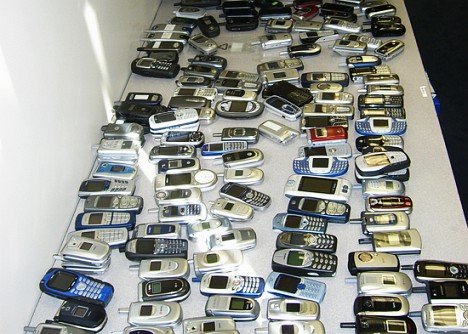 Clever game developers have found a way to reduce the porting cost by creating a couple of “reference” builds. In other words, rather than create 200 different versions of a game, they create five to ten key ones, and they use these key builds to port to similar phones.

Doing that, however, doesn’t make the game code optimal for the individual phones it works with. As an example, one version of a game may only have five levels out of 10, so that it fits on a mid-tier phone. That version is then ported to phones that can support up to five levels, six levels, and seven levels, etc. Once we get to 10 levels, they may have another reference build to use for the advanced handsets.

That means the guy who bought the phone that can handle nine levels is only getting five levels. Also, chances are that the game may lack other features and qualities that his phone may offer, simply because a developer can’t afford to fully customize the game for his phone. Graphics may be slightly worse, some sound effects may be missing, and the framerate may suck a little, too.

Sounds like a bad deal for many gamers, and a potentially scary future if it came to pass.

The Ghost of Gaming Past

So let’s step back in time to just a few years ago, when the PlayStation 2 and the Xbox were competing in the marketplace. With just these two consoles, we already started to see the ugly side of porting. For many years, Xbox owners were complaining that games ported over from the PS2 never really took advantage of the Xbox hardware.

So even though Microsoft spent much R&D making a better system, few games took advantage of it for a long time. They effectively wasted their R&D money. Few third-party developers were willing to custom-build their game for the Xbox because there were fewer systems on the marketplace, and because the PS2 ruled the house. It made sense to make the game for the less powerful system, and just tweak a bit for the Xbox. 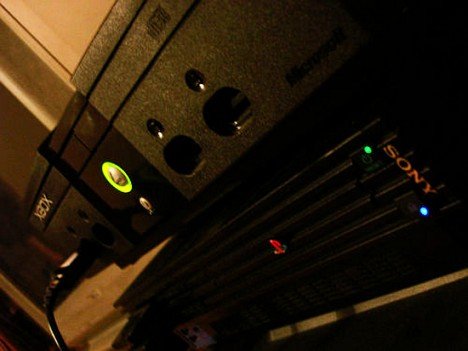 OK, back to today’s world. Wow, that felt like Ebenezer Scrooge trippin’ on the “Ghost of Christmas Yet to Come” and “Christmas Past.”

But it does show you what happens when we have multiple hardware manufacturers creating different systems. It results in a lot of time and money spent on things that, on many occasions, results in addressing technical challenges rather than on building a game. I won’t even go into the money that’s wasted in creating the marketing wars to pitch different game systems.

That being said, would I ever want a ONE-console future?

. Jaffe and Dyack are crazy if they think that it will make gaming life better. So why would I waste five minutes of your time seemingly giving the thumbs-up to a one-console future? Because while I painted what an ugly future it would be if we had 200 consoles, having one would be even worse. Stay tuned for an even scarier time-traveling journey to see what the future would be like with one console!