[AJ takes us on an informative and entertaining look at the history of health bars throughout games. It’s pretty nice to look back on such a classic and necessary mechanic but it’s by no means comprehensive. Got your own favorite? Leave a comment of it below? And be sure to start your own blog with your own nostalgia! ~Striderhoang]

Whether it’s illustrated through hearts, a meter, or a number; knowing how soon you’ll draw your last breath in a video game is crucial information. Over the years, the way this information is displayed has changed drastically and I aim to cover at least a few of these methods here. So, chew on a medicinal herb and enjoy! 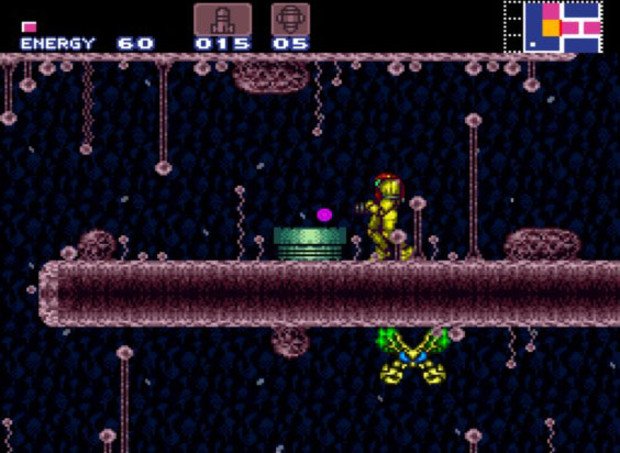 Super Metroid features both numbers and blocks to represent health

Before there were health meters, one hit took your life in a flash. In early arcade games like Space Invaders and Q*bert you had a stock of remaining lives, but if anything were to hit you then say goodnight, chum! As the years went on, many genres maintained this approach such as shoot ’em ups like Gradius. Even today, modern retro-inspired games (for example, Hotline Miami and Titan Souls) opt for the old-school mentality. This creates an immediate sense of danger as it sends adrenaline coursing through the player’s veins. It just goes to show that the classics are classics for a reason.

As console gaming gained popularity in the mid 1980s, gamers wanted to actually be able to play their games for more than a few minutes at a time. The idea of being hit without losing a life was becoming increasingly common. Balloon Fight is an example where players could see how many hits they could take by simply looking at how many balloons were floating above their head. Super Mario Bros. allowed players to collect power-ups in order to extend their lives (and their height). Once that little plumber shrinks down to half-pint size again, then you know it’s time to be extra vigilant. Years later, Sonic the Hedgehog brought about further change to this formula by having players collect rings that exploded out of Sonic’s pockets whenever he got hurt. Running around frantically while trying to re-collect your treasure was necessary if you wanted to keep your ring collection bountiful. 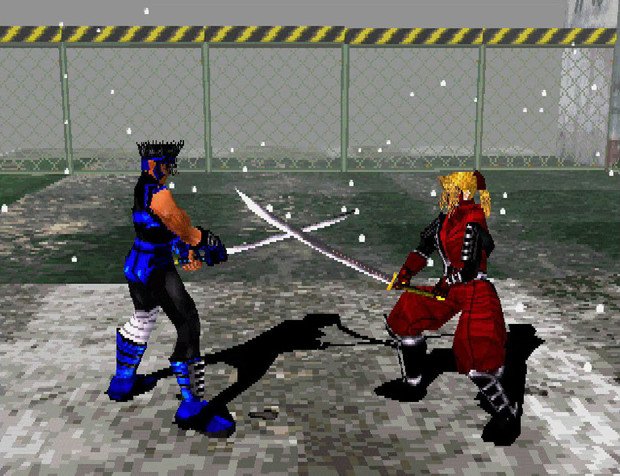 Bushido Blade took an old-school approach by not having any health meters.

Now, let’s discuss health meters. Early 8-bit games such as Mega Man and Castlevania included easily identifiable bars. These were handy since you could quickly take a peek and know how close you were to the grave without disrupting the action at all. Meanwhile, RPGs mostly implemented a numeric representation which allowed players to have a more accurate yet less immediate reading. This gave the opportunity for strategy because you could do the math to know if you were about to make a risky move. The Legend of Zelda took a more symbolic approach with its use of hearts. It’s important to not run low because the constant beeping that ensues will make you want to take your life in the real world.

One of the most recent innovations when it comes to health indication is having the visuals and audio distort when you’re running low on life. An early example of this is Uncharted which slowly drained the color from the graphics until they reached grayscale. Although this triggers an instant reaction from the player, knowing exactly how much health you have is more difficult (especially if you’re color blind). Of course, you can always just run away until the colour comes back, so who really cares how much health you have anyway? Old-school gamers may see that as cheating, but it sure looks pretty! 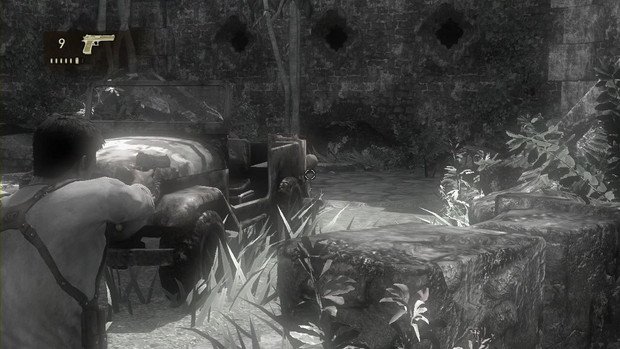 Uncharted was one of the first games that used effects to show remaining health.

There you have it, a brief history of health in video games. If you’ll excuse me, I have to go eat my daily mushroom and put on some gold rings because I plan to live a long time.