[I had no idea that a Cblog on the subject of difficulty was written, or that it would get promoted. Now you get to read two articles on the same subject.]

Difficulty in videogames is a subject that crops up often. Retro fans lament how games are getting easier and easier. Reviewers are often called out for “sucking” at a game if they mention any unforgiving elements or perceive an unfair challenge. It’s difficult to tell where skill level ends and the game “being cheap” begins. Difficulty is, in and of itself, a difficult subject to tackle. It’s also been weighing on my mind for a while.

Read on as we examine what a game needs to do in order to adhere to the tradition of good difficulty, and how bad difficulty can ruin the experience. 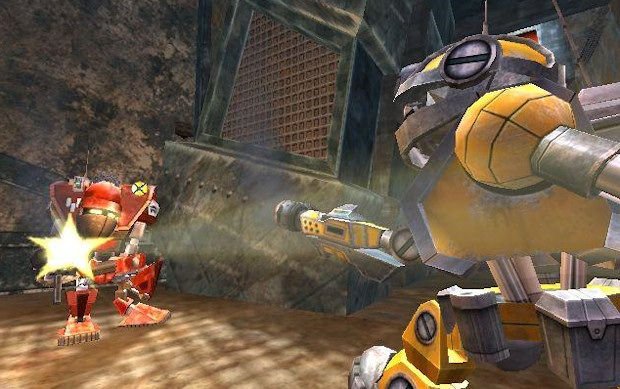 One of my favorite games of all time is Metal Arms: Glitch in the System. The obscure third-person shooter stars a little yellow droid named Glitch who must save his enslaved friends from the evil Milbots. It was incredibly fun, but it one of the most challenging games of the last generation. The thing was seriously tough, with near-invincible enemies being thrown at you regularly, punishing boss battles and relentless robot-on-robot violence. It was a very hard game, yet I loved it.

Another taxing game of the last generation was Dragon Quest VIII: Journey of the Cursed King. This was an old-school RPG through and through. You know you’re dealing with a hardcore roleplayer when you’re on the last boss and your character’s HP isn’t even out of double digits yet. DQ VIII was tough because it constantly limited you. Experience was handed out in small doses, and benefits for leveling were not astronomical. Still, I loved the almighty bloody Hell out of that game.

WWII stealth game Velvet Assassin was, by all accounts, a bloody awful game. One of the big problems I had with it was that it was quite difficult, due to the weakness of main character Violet and the extreme limitation imposed on her ability to sneak around. I was turned off by the difficulty for sure, yet it was not more challenging than Metal Arms. Not by a long shot. So, why was the difficulty a problem in Velvet Assassin, and not in Metal Arms? 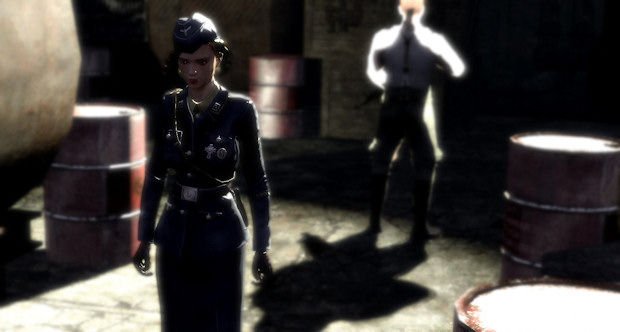 I am also currently playing Black Sigil: Blade of the Exiled on DS for review. This is another game with a challenge level that I absolutely cannot stand. The encounter rate for random battles is horrendous, with fights occurring literally every two seconds in some areas. The game also has considerably incremental stat boosting with each level, and limits characters in very much the same was as Dragon Quest VIII did. However, it is not as challenging as DQ VIII, yet I am consistently turned off by how hard the game attempts to be.

With these examples, the simple fact is that a difficult game needs to be able to justify its existence by being excellent. If you’re going to do a hard game, you need to be able to validate it, as far as I’m concerned. I sometimes feel that developers think it’s “enough” just to make a game hard and people will flock to it with their arms wide open. In some cases this is true. However, if your game is mediocre to start with and you’ve ramped the difficulty up, I can only use one word to describe that title:

It takes a degree of pure arrogance, I feel, for a game to make you work hard for something that is not worth it. This is the problem with both Velvet Assassin and Black Sigil — they have nothing worth fighting for.  Velvet Assassin‘s story is barely there, and when it is there, the poorly acted scenes where nothing at all really happens serve only as a slap in the face to whatever poor gamer worked so hard to get there. These games forget the idea of “risk and reward,” where what you invest into a game should be reaped back.

Comparing Velvet Assassin to Metal Arms, it’s easy to see why difficulty was only a problem in the former. The bland and boring story of Velvet Assassin is put to shame by the constantly humorous, tongue-in-cheek and sometimes subversive humor of Metal Arms. Despite being balls-hard and often frustrating, the humiliation and pain was always worth it, because the game delivered not only amazingly violent gameplay, but a story and dialog that was truly worth the effort to reach. Why the Hell should anyone put themselves through Velvet Assassin‘s challenge? What were they getting out of it? Nothing. Absolutely nothing.

Black Sigil wants so much to be Chrono Trigger (an insult in itself) but it could not hope to be such a fine RPG. Its story is not as interesting, and the gameplay is pointless and convoluted, trying to take Chrono Trigger‘s battle system and adding needless movement commands. The game demands so much, yet gives nothing to the player in return. Once again, you contrast this with DQ VIII, and you can see why I don’t mind the difficulty of one game but can’t stand it in the other. DQ VIII‘s attempts at humor, unlike Black Sigil’s, do not fall flat on their face. The story is presented with charm, the characters are genuinely likable and the player feels like they are constantly getting something for all their hard work. 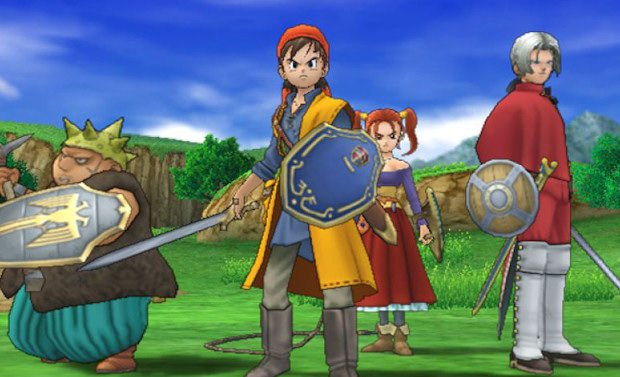 The lesson here is that if you’re making a hard game, you better make it good or you’re just slapping people in the fact. A bad game is bad, but a bad game that is a bitch to play through is ten times worse. This is why reviews will bitch about the difficulty in one game and yet praise a title that’s much tougher. It’s all about how you do it, and some games do it badly.

There is one form of difficulty that kind of disgusts me, and I call it “hard for the sake of hard.” This is often found in Japanese action games. The genre is a particular favorite of mine, but the way in which some Japanese developers try and force difficulty down your throat, seemingly just to inflate the metaphorical penis of the person who designed it, is rather obnoxious, and sometimes really turns me off. These games exemplify the issue of a developer thinking that all he needs to do is throw a fuck-ton if enemies at you, beef up their attributes, and he has a Triple-A videogame on his hands.

However, playing the Devil May Cry and Ninja Gaiden games, I sometimes see what I perceive to be a hint of desperation there. A developer drowning the player in “challenge” as if to try and prove something to himself and the hardcore gamer. A game marketed on how hard it is has no appeal to me, because I know the developer has simply ramped up the difficulty by making it cheap — merely surrounding the player in opponents and saying “deal with it.” It’s a style of development that has been popular since the days of the NES, when games like Battle Toads did nothing but force extreme trial-and-error and armies of difficult opponents into the game with no thought towards balance and fairness. At least back then, there wasn’t much else to do to make a hard game, but it’s odd that some developers still think like it was twenty years ago. 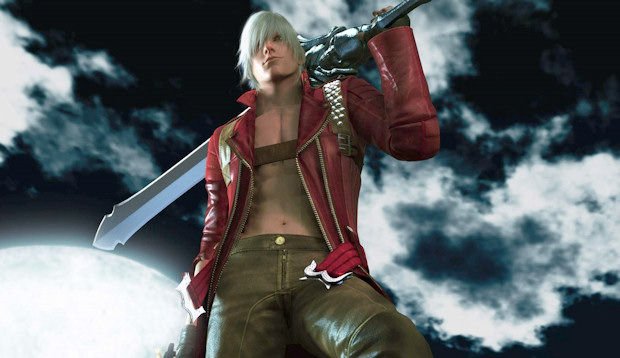 The main point here is that I don’t even consider games like this a challenge, because that affords too much dignity to what was actually done. It’s not a “challenge” to stack the odds against the player and make them attack enemies mindlessly until everything is dead. Any developer can do that, and ones that show off how “hard” their game is with crowds of enemies that take cheap potshots at the player really have nothing to boast about. Yeah, sure, Ninja Gaiden is “hard,” but it doesn’t take a genius to work out that if you beef up a load of ninjas and make them gang up on another ninja, the solo guy will probably get raped. There is no style, no finesse and no class to the difficulty of a game like this. They may be very good games (as I said, I like Japanese action games) but a game desperately trying to be hard for the sake of hard.

It reminds me of how Mirror’s Edge expected critical praise and accolades simply for being different. Some games seem to be made just to be “hard,” with little regard to any clever level or enemy design, and they garner praise from a jaded public who are sick of games that are too easy in the same way “innovative” games garner praise from those bored of the same old shooters.  People who are sick to death of one thing will easily accept the other, just because it’s different, and I think that’s the mentality that a lot of so-called “challenging” games are made with.

There’s nothing wrong with difficulty in games, obviously. It’s true that way too many games are being dumbed down and over-simplified. There are many games out there, far too easy to be considered interesting. However, it goes both ways, I feel. Once a game crosses a certain challenge threshold, it too becomes as boring as an easy game. This is why I’m rarely a fan of Atlus titles. It’s true that some of those games are pretty well crafted, but when you get that hardcore and impregnable, it’s as boring as Prince of Persia‘s “press A to do everything” gameplay. At least to me, personally.

A hard game cannot just be hard to make me care. I am more than happy to play a ridiculously difficult game, if and only if, it’s also well designed and with a story or something rewarding enough to make me feel like I’m not wasting my time.  Too many games that try to be difficult these days forget that, and I don’t have enough time in my day to be frustrated by something that is going to demand so much and offer nothing of value in return. Basically, a game that wants to be hard should deserve to be hard.

Sadly, I think the last games I played that truly deserved to be as hard as they were actually might have been Metal Arms and DQ VIII.