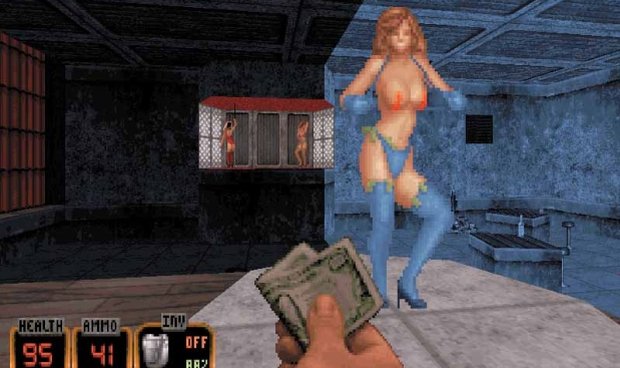 George Broussard of 3D Realms issued a statement to clear up some misunderstandings in light of all the Duke Nukem Forever troubles.

George then goes on to talk about Take-Two’s lawsuit against them:

Take-Two never paid 3DR advances or any signing bonus or any other funds related to DNF, up until July 2008, at which time they paid $2.5m in connection with another agreement for an unannounced game.  This is the sum total Take-Two has paid 3DR in connection with DNF.  Take-Two claims that they paid $12m to GT Interactive/Infogrames to acquire the publishing rights for the DNF game. To be clear, 3DR was not a party to that transaction and did not receive any money from it.  When the DNF game was originally signed with GT Interactive in 1998, GT paid 3DR a $400,000 signing bonus. Up until July 2008, this was the only publisher money we received for the DNF game.  Meanwhile, 3DR put over $20m into the production of DNF.

It’s amazing how George Broussard is so candid about the whole failed negotiation dealings amidst the lawsuit. Take-Two seemingly tried to bully 3D Realms into taking a really horrible deal. It’s definitely worth your time to read the entire statement over on GameSlice.