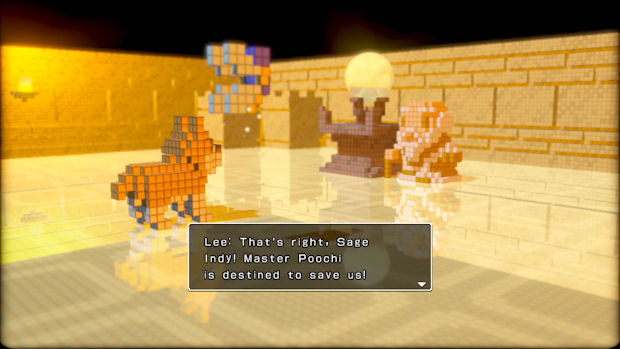 3D Dot Game Heroes is looking set to be one of Destructoid’s top games of the year, and if we needed another reason to get excited, we’ve got it! Atlus has today posted a quick look at the game’s extensive character editor, and by all accounts, it’s frigging amazing.

Despite the minimalist retro look of the graphics, the character editor is wonderfully deep, while remaining simple. Players will be able to make anything they want, and animate the way they move as well. It’s so flexible that one need not limit themselves to human characters. Atlus showed off a dog and a shark’s fin, surrounded by pixelated water. Ludicrous!

If you don’t want to make your own characters, the North American version of the game comes packed with more pre-made heroes than the Japanese version, including Santa Claus and a fellow that bears more than a passing resemblance to Donkey Kong.

Check out the blog and get excited. I’ve already made a mess in my pants three times since I started writing this article. It’s like a bucket of custard mixed with soap down there, I can tell you!