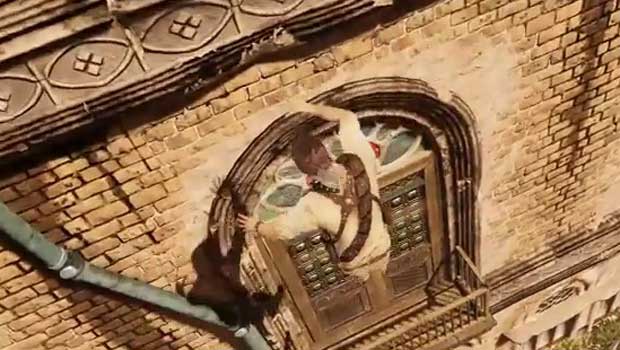 I don’t watch much (if any) live television, so I would have probably missed this new Uncharted 3: Drake’s Deception spot Sony just aired. It also aired during the NFL Kickoff game between the Packers and the Saints, and I’d be more likely to watch Glee live than any sporting event.

So here it is, thanks to Sony. Because it wouldn’t want you to miss its advertising. It’s only 30 seconds long, but this is Uncharted 3 we’re talking about here, so I’ll take what I can get. As Sony points out, it’s all in-game footage, and it looks spectacular. If I didn’t know anything about the series or even play videogames, I’d probably do a double-take.

Uncharted 3 is out November 1, and that’s not soon enough.