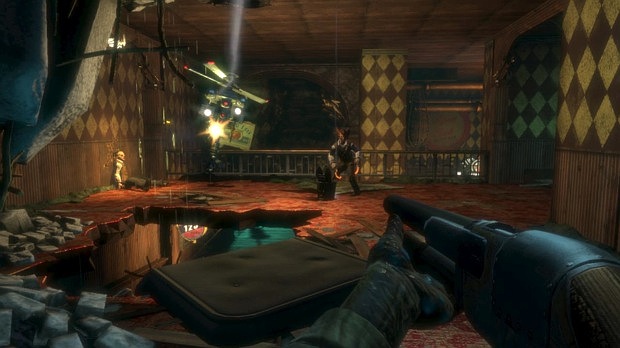 Kevin Levine and 2K Boston’s upcoming and unannounced game is a shooter.

According to a GameSpot report, the studio responsible for BioShock, led by the man responsible for System Shock 2 and other dazzling titles, is currently hiring for its next project. In each of the listings the project is referred to as “an unannounced shooter”, a tantalizingly vague and previously unknown bit of information. It’s also referred to as a “big” project, which leads us to believe 2K Boston isn’t crafting a sequel to Geometry Wars or something along those lines.

As for what the game could be, well, we don’t know. It’s rumored currently as an X-COM title because Levine refused to comment if it would be in an interview.