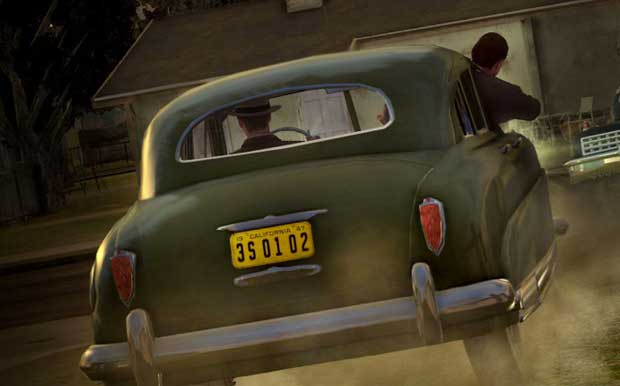 LA Noire has been in development for awhile. By “for awhile” I mean reportedly since 2003. While Game Informer has seen the game, we haven’t. In fact, not many have, from what we can tell. But according to Rockstar’s parent company, the game is out this year, at least according to its last financial reports. So everyone act surprised when learn that retailers, including GameStop and Amazon, have pushed the game’s release into February of 2011.

Joystiq checked in with Rockstar who cryptically said “We have not updated anything since the last [Take-Two] investor’s call.” So here’s the thing — there’s another investors call next week. Seems like a great time to drop the bomb that one of its hotly-anticipated products won’t be making it home for the holidays, don’t you think?

In the meantime, practice your looks of shock and disappointment; we’ll keep you updated if Take-Two officially locks in a new date.