My week in Games.

4:57 AM on 07.30.2008 (server time)    0
I have had quite a games orientated week which has now led to a slight boredom of them for the moment. I blame that most on the humid weather which has reduced me to a sloth like state, and so unable to sit up. It is impossible for me to play games while lying down.

So here is the news in the world of Happyhead…

After quite a large absence from playing Guitar Hero 3 (mostly due to me being crap at it) I went back to it to discover I had somehow increased my skills 100 fold. I burned my way through normal mode, and had lots of fun with the Muse songs I downloaded. I don’t know why I suddenly improved so much, but I’m glad I did evolve my skills as it is very fun now. Hard mode beckons to me.

I brought a NES last week,the NES had the flashing red light of death, so it was a nightmare getting it to work. I went on a crash course in NES fixing (a quick browse of YouTube) and then stripped my NES down to the bone. After a small operation I successfully removed the darn security chip from the mother board. The NES now works perfectly, success, heh.

Last Friday Contra 4 arrived from Play-Asia. It is very good, but quite tough. I was brought up on a diet of the Megadrive Hard Corps Contra game, generally said to be the hardest Contra game in existence, but to tell the truth I never got past level 4 of that game, so suck at the DS one.
My friend has declared he will only do co-op with me when I have gotten good at it. That may be a long time.

At the same time as Contra 4 arriving, the soundtrack to Lost Odyssey also arrived. The soundtrack is good, but most the music looses a lot when it isn’t heard within the context of the game, unlike other soundtracks, such as the Silent Hill 2 one, where the music is fantastic regardless.

On the DS front, I started to get a yearning to use my R4 for nefarious means. Currently I use it just to play ROMS of games I already own. But the pull of the dark side is strong.

On a tangent – I despair at the crapness of the Mii Contest channel. I had such high hopes for it when it first came about. I still do it, and like it, it’s just that what they ask you to create is Sir Lieutenant Lord Suck, stuff like Heidi, I mean WTF? Give me something interesting to create! 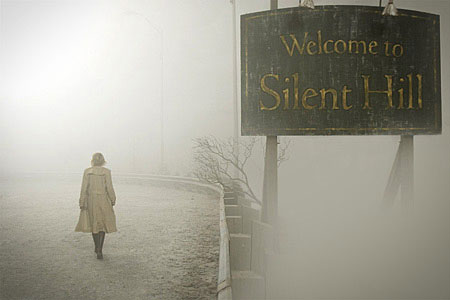 Lastly I have been watching a few films of games. Silent Hill I still declare to me a great conversion, the film does feel at times too much like a game though, but hell it looks great.
I also saw Resident Evil, and it is still one of my fave films of all time, I cannot recall the amount of times I have seen that film. Most people hate it, but not me!

Anyway, that was my week in games.
#Community
Login to vote this up!