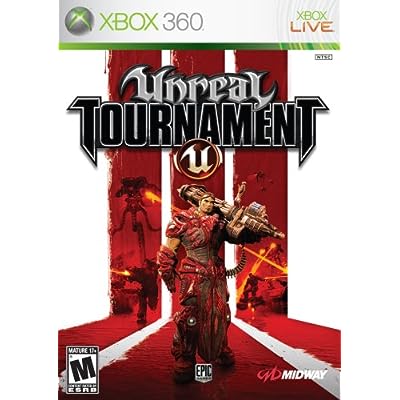 No, your eyes are not retardo and neither am I (this time, at least).

Today's Amazon Deal of the Day is in fact Unreal Tournament III for XBox 360 at a price of $44.99 + free shipping. What's the deal here Amazon? This has never happened before and it makes me wonder (oooooooooo it makes me wonder) what happened in the warehouse that prompted a price cut before it's even officially out in the Amazon system (listed July 10th ship date).

Alright, maybe they decided since the PC and PS3 versions are out with price points of $24 and $40 respectively, they figured, "eh, what the hell?" It's possible and certainly not completely out of the ordinary, however, I think it's far more sinister than this.

What I think happened is when the shipment of Unreal Tournament III was opened, they found a cursed idol in the box. This prompted a flashback to that episode of "The Brady Bunch" where they go to Hawaii and Greg gets into some shenanigans while surfing and trying to bang his step-sister. No one wants that kind of bad juju, especially when there's semi-incestuous action to be had. Amazon's peeps know this and they don't need some curse mucking up their weekend plans so now it's a flip of the coin for you to believe this tall tale and skip a solid, brand new, cheap game or go balls deep and surrender to your desires.
#Community
Login to vote this up!