A Cast of Thousands: K'Dash 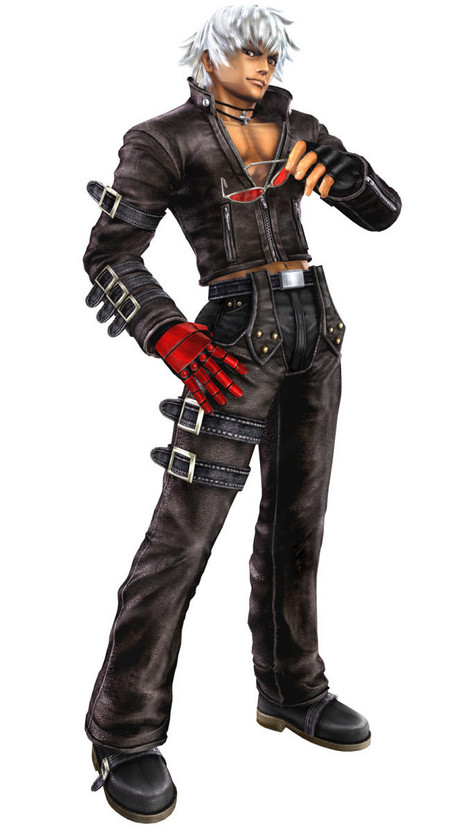 After the orgasmic lovin K gave me in KoF 99, I was curious to track down other past KoF and furture installments I missed. This lead me to the small emulation stintch I mention earlier. I made many SNK friend on the now dead Fighter's Generation forums which then uprooted at least 3 times to different forums (created by 1 - 3 of the surviving forum members.)that lead to sharing intrest in not only SNK gaming but everything to other games, anime, life issues/problems, or life in general. This simple character, K, started alot of things I do now on the computer. All because of curiosity in seeing how this chump played. Where has it lead me now? I can list a few bullet style things its started:

- Learning a bit in Photoshop
- the knowing of Emulation
- Just how easy it is to emulate Neo Geo console games
- Why SNK is pretty much dead pre graphics update.
- Making me a better fighting game player overall.
- A new SNK rival between me and Hito

K's done alot for me fighting gamewise and computerwise. I still can't play a KoF game as good as say Tekken or Street Fighter, but I can at least hold my own. Here's a combo vid, which as you can see if you watch, holds its own with KoF's crazy over the top combo style.

It's pretty clear K'Dash is a person I respect and cherish up there with say Sonic. But who doesn't cherish the blue blur? I've even told myself that I would Cosplay as K'dash at a convention...granted i ran into some high money for some leather. I also forgot to mention that he has one of the cutest little girls running after him in the early years of the game. Kula. The complete opposite of K in both personality, color, element (which is Ice.) and purpose to live (which is to kill K. It changes later in the series where she befriends K due to him saving her life.) I adore Kula and regard her as my "Mai" for SNK. For me, K screams "Thousands".