Ever have that best friend that you were sure you'd be close with forever? My father actually managed to pull that off. He met the guy in kindergarten and they've been friends for close to fifty years now. Since they were so close, and his friend just lived on the other side of town, it was only natural that our families would a considerable amount of time together and we'd go visit at least once a month.

Their two sons were nice guys (still are) and, while the grown-ups spent hour after hour talking about things that were far beyond our age, we would pass the time by playing Nintendo. I played Mega Man 2 for the first time in that house. We used to trick the adults into letting us play Ikari Warriors for as much as an hour after my folks had planned to leave by asking them to let us finish the game and then, whenever one of us ran out of lives, use the continue code to keep going without seeing a "Game Over" screen. 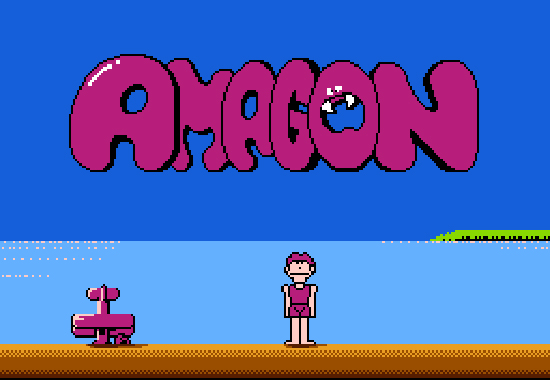 Amagon was the game none of us managed to beat. In fact, I can't recall a time when we made it past the start of the second area. Amagon was a skinny guy with a gun who was trapped on a tropical island. As you traversed the island, you encountered all manner of bizarre creatures like bouncing mushrooms and killer bees that would kill you in a hit. Is the game as difficult as it was in my mind's eye? 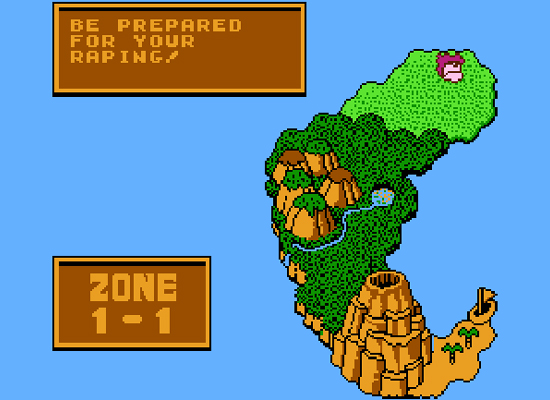 The game consists of 12 platforming levels, broken into 6 areas of the island. Amagon's gun has a range that falls short of the full width of the screen and has limited ammunition. While I know it's certainly possible to run out of ammo, unless you're really wasteful, I can't imagine actually doing so as enemies often drop bundles of twenty. 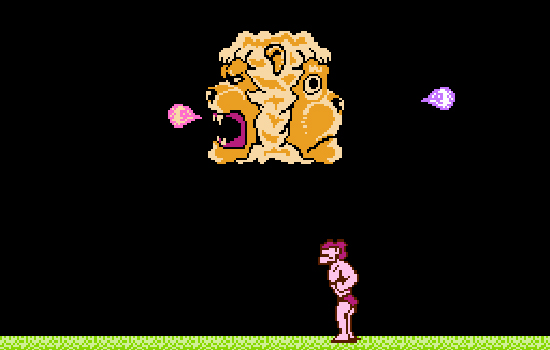 The various monsters in the game also occasionally leave behind a symbol that vaguely resembles the upper body of a stick figure flexing massive biceps. Collecting this will allow Amagon to transform into Megagon, a giant-sized muscleman. While in Megagon form, he has a power bar that depletes when taking hits instead of just dying outright but loses access to Amagon's machine gun in lieu of a rather silly looking uppercut. To compensate for his lack of range, he can throw an energy wave as large as him across the screen which will obliterate all it touches, but it uses one of his precious energy bars.

Other than the aforementioned power-ups and the occasional extra life, enemies will also drop bonus points. These act as power-ups themselves in an interesting manner. When you transform into Megagon, you're basically spending the points you've accumulated on the power bar. The more points you have, the longer it becomes, maxing out at 70,000 points. Any unused energy bars are reimbursed to your score when you finish a level. 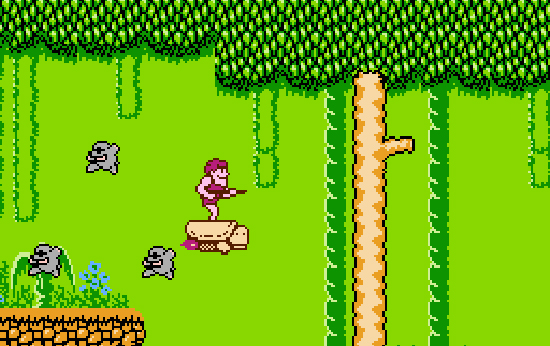 It didn't take me long in re-playing Amagon to discover that this was a major reason why I never finished it before. As neat as I think the idea of your performance as Amagon contributing directly to your ability as Megagon, it has the unfortunate effect of making the first couple of levels far harder than they really should be. It's no wonder we got frustrated and put Super Mario Bros. 3 back into the NES instead.

That's not to imply that the game becomes a cakewalk further in. There's still a ton of things flying around the screen that can kill you instantly and several levels don't even give you the capability to transform until the tail end. And there's no continuing the game either, which really ramps up the challenge.

Amagon is like a cute girl you meet at a coffee shop who seems very sweet and innocent, only to discover she's a brutal, vengeful bitch underneath. The graphics are adorable and the music cheery but it will spend a long time beating the hell out of you until you either become numb to the experience and just soldier on or ditch it for a more enjoyable experience. For those who might decide to see this thing through to it's end, a word of warning: Nothing lies down that road but more pain.


Final Verdict: Hard as a Workman meatspin but less fun.