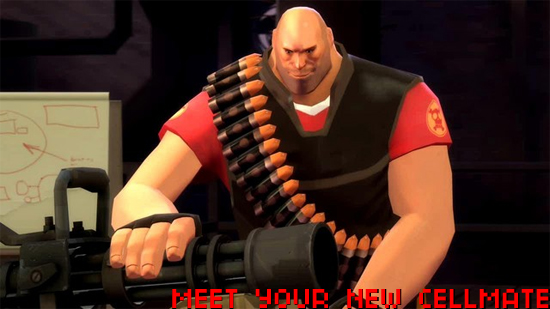 Dutch police are holding a twenty year-old man who is accused of being the hacker known as MaddoxX, who made waves in April of 2007 when he bragged about hacking the Valve Steam service and stealing credit card numbers, Valve financial records and other data. He reportedly managed to steal upwards of 13 million Euros, which he used "playing poker online, and shopping for notebooks, flat screens and MP3 players," according to the Dutch Ministry of the Interior.

That's a lot of MP3 players.

MaddoxX has also been charged with other computer crime offenses, including the theft of the credit card information of 50,000 customers of a UK ticket service and hacking an Activision server, stealing an development build of Enemy Territory: Quake Wars (which Activision estimates could have cost them $25 million if it had hit the wild). He was taken into custody in the town of Maastricht by a police unit which specializes in cybercrime, Team High Tech Crime.

These are the sort of people who make perfectly harmless hackers look horrible, and I'm glad to see he's likely to be rotting in prison for a while.

(via Shacknews, thanks Macca!)
#Community
Login to vote this up!