Get Your Character Into Little Big Planet Before Anyone Else

Little Big Planet looks to be one of the most fascinating experiments ever seen in gaming. It's not slated to hit the PS3 until October, but Sony's already started the hunt for user-created content.

A UK-based magazine, Don't Panic! (which is the greatest name ever, by the way), is currently holding a contest where entrants design a character for Little Big Planet. The winner, as selected by the magazine, will have their design placed into the retail release of the game. Entries are limited to the United Kingdom and you have to use a supplied template, but it's a pretty sweet deal nonetheless. 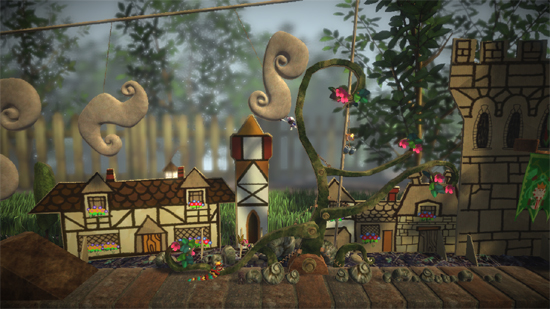 Are you guys looking forward to this game? I don't have a PS3 (yet) but, even if I did, I can't see myself buying this. Not for at least six months after release, long enough for a good supply of quality content to become available. I rarely use the level builders that are occasionally supplied with games and almost never for more than it takes to see how it works. Since level-building essentially is the point of Little Big Planet, I suppose it really isn't meant for me.


(Thanks, Macca!)
#Community
Login to vote this up!