The start of the affair: The Nintendo Family Computer 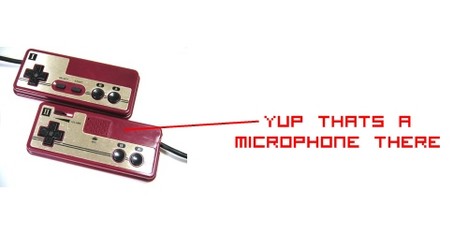 Instead of that gray box you call the NES, I got that sleek little maroon and white system which had those permanently connected controllers and had a mic on the second controller which I never found any use at all. My game cartridges were all in bright colors. My favorite game was a red Teenage Mutant Ninja Turtles cartridge which was in Japanese which still didn’t make sense when I played it in English a few years later. The feature I loved the most about the Famicom is that every unit had a second controller built into the unit, this encouraged two-player games which adds so much to the experience.

As time goes by, consoles age and eventually die. My famicom passed on but my love for games lived on as I moved to newer consoles. I will always cherish those days spent watching my cousins beat Contra almost every day, trying to figure out how to that Dragon Punch, cursing at that damn dog in Duck Hunt, shooting the pants off of the gunslinger in Wild Gunman and the best memory of it all--- blowing on the cartridge to make the game work.
#Community
Login to vote this up!

Red likes a lot of things from Japan and wants to share more about it with the world. He even likes the bad anime. Sometimes. Maybe.