Psycho Mantis in the Metal Gear Solid book = much win 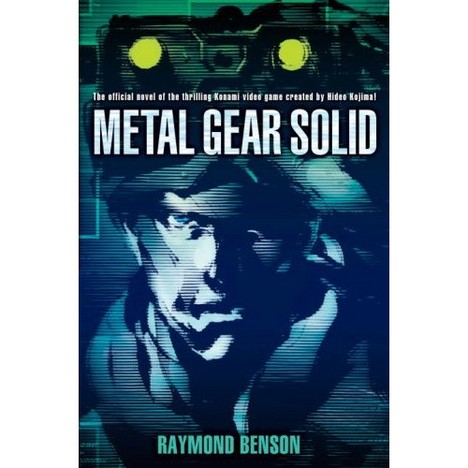 I don't have a PSTriple, so in lieu of playing MGS 4 I bought the Metal Gear Solid book. It is quite good and pretty faithful to game, with changes in dialog and the way boss fights work. As anyone who has played the original knows, there is no possible way the Psycho Mantis fight could be translated to print. How does Raymond Benson change it? Read on.

Everything starts off normal with Snake having to knock out Meryl. Mantis does not do his "You are a careless man" and "So, you like Castlevania" thing, but talks about Otacon and his meeting up with Sniper Wolf. Snake tries to shoot him, but his gun has been covered in cement. All of a sudden, everyone disappears and Master Miller is standing by a door. He takes Snake out to an amusement park that he, in the books story, visited frequently as a kid, in between training. Everyone disappears, again, but Meryl is in the door of a fun house. Snake comes in and makes his way to a hall of mirrors. He sees Meryl, Otacon, and then Big Boss. Big Boss's head explodes, and that cause Snake to break the illusion.

The fight occurs fairly similarly to the game including Mantis making Meryl (almost) shoot herself. At the end of it, Mantis asks Snake to take off his mask. This is where the win happens. Mantis talks about Snake's future. He says

I have to give props to Benson. That was a good reference to MGS 4. Just thought I'd share with you people.
#Community
Login to vote this up!

Hey. I'm a guy who likes the vidja games. I like all different kinds. I also like lots of music. I'm JTHomeslice pretty much everywhere (Twitter, Last.fm, etc.) so add me if you'd like.