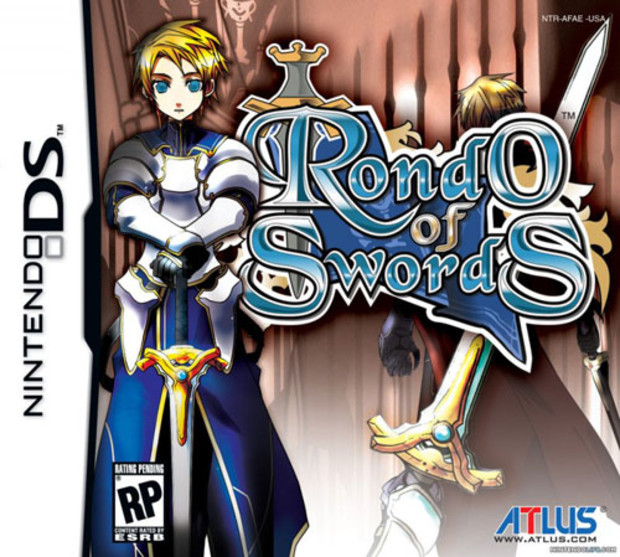 Has anyone checked out Rondo of Swords? (Not to be confused with Brawndo of Swords, with Electrolytes)

It's a turn based strategy with a rather unique combat system. You use the stylus to draw out your character's attack path over a grid, and any enemy in that path is subject to that attack. It works both ways, as enemies make paths of their own. You then get a cut scene of the character zooming through his path and making attacks (shades of Dragon Force). There are bonus attributes given when you pass through certain allies, as well as special magic attacks and "Over Break" special moves. Those cut scenes look cool, the art is crisp and detailed, and the overhead maps have a retro feel of classic RPGs with sprites. I thought the cut scenes would get old-- you can skip them since the outcome is determined as soon as the turn is over-- but I find myself watching them more often than not, especially the magics and Over Breaks. 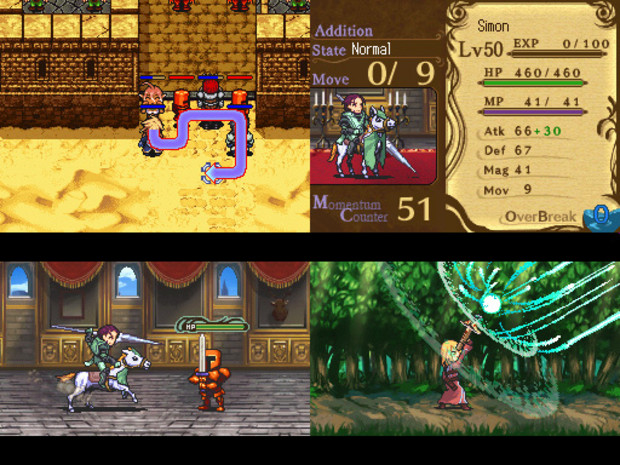 And it's hard! The strategy involved is pretty unforgiving, I played the first mission 3 times (and the tutorial) before I got the hang of it. Even by the 5th mission you seem to be overwhelmed by enemies and there is very little room for error. But the game has that tactics-addiction quality that has you jumping right back in after a failed mission. What's cool about your party, is that even if one character is defeated, as long as you complete the mission they all come back for the next. So you don't really have to worry about the permanent death of a fallen member (that I know of so far). I'm really looking forward to later missions as my characters level up and get to use cool combos and magics. The cut scenes are very satisfying when you line up your attack path to zoom through your allies and 4 or 5 enemies.

I've got to thank Atlus for once again bringing over a game I likely would never have heard of if they hadn't, and it is a very Atlus type game. I know they have a certain audience of gamers (like me) that love this stuff. And I'm always glad when a title or two gets wider recognition, because it allows them to keep doing what they do!