Sorry I missed FNF, I was having sex in Mass Effect

11:09 PM on 06.06.2008 (server time)    0
And probably too drunk to play in a multiplayer game, so I decided to go with Mass Effect for the PC, a new download and I hope a new electronic distribution must buy in the future.

I only played for three hours. I like it because usually I dont like too complex RPG games, this one blends action+RPG, something I like a lot (Im one of the happy few who enjoyed Deus Ex 2: Invisible War). So far is a good blend, of course, I will tell you more tomorrow IF I have the time (I have an exam heading in my way, they usually get in my way when I want to play a game so bad, thats why I use benzodiazepines and alcohol).

Most of you probably played the 360 version of the game, nowadays PC gaming seems to be coming to an end. I dont really think so since the game plays nice in a not a top PC. But the games renders nice, nice graphics. I removed the particle grain effect to see the difference. Really, I got my latest video card drivers, I dont understand why they bother to add the feature, personaly i prefer the game without the "movie kind of grain".... of course, the game is very cinematic. I like that, call me a consumer whore... but the movie style grain, dont understand it. Another thing I dont understand was on AC for the PC, the two black strips: one on the upper side of my monitor and the other one down... What is this supossed to be? A videogame? I want full screen, I have the video settings on 4:3 and I WANT 4:3! Damn you cinematic hard cores...
Most of you are probably into the game and know it better than me, for those who dont the game is worth it, so far of course... maybe it will get boring, maybe I want more sex in games since sex is a part of our lives is good to have it there on a game.
So far the history is good, the universe: I like it. And I know Jim Sterling does not so no problems there. On the other side im still at the citadel, but I have found that this is not as Penny Arcade portrait it (the joke was: "here is a big pool: swimg in it" "iam drowning" "just swimg"... nevermind). I dont feel lost, maybe the sidequest will but you dont have to please all of the characters in a videogame, somethimes we want to, but we dont need to.

Well, everything is starting to kick in, lack of focus adjustment in my eyes... so I will go to sleep and maybe die in the process.
(joke) 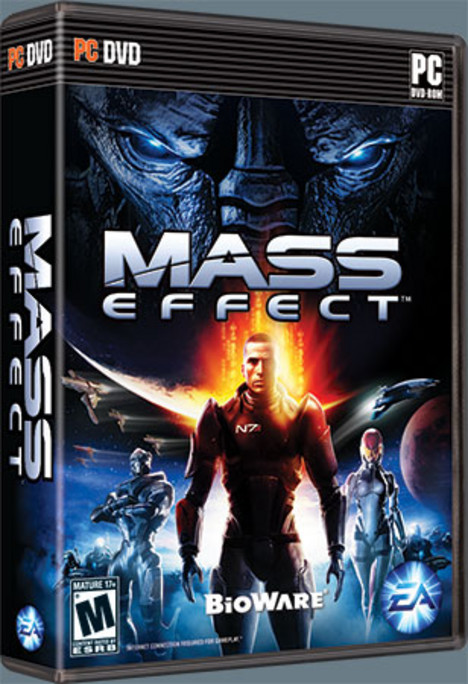 (no, I dont have the legal copy, read my profile and found out where I live)
#Community
Login to vote this up!