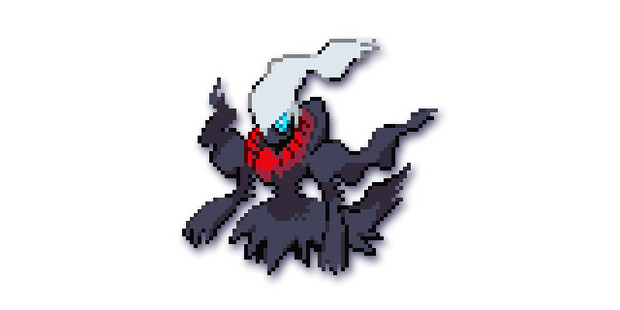 It's a rare thing that gets me up before twelve on a Saturday morning. A Pokémon event is one of those things. Today at Toys R Us (and tomorrow 6/1 at most stores) thye offered a special Mystery Gift via Nintendo Wi-Fi to get the legendary-class uber pure dark type Darkrai.

Fist, could this have been publicized a bit more aggro? Maybe I live in a cave. I didn't even get an email, even though I'm on specific Nintendo-sponsored email lists just for that purpose. It was mentioned on the official web site, but only yesterday, and very briefly several weeks ago. I originally found out on a message board, but I guess it doesn't matter since I went, got my Darkrai, and few other cool things.

I showed up at one of the three Austin-area Toys R Us' a little early, and there were only a handful of people waiting. This was a striking difference to the last Mew event I went to, which had kids by the dozens. Also a surprise was that the Mystery Gift was for Darkrai directly-- well, you get a card for your inventory, show that card to a guy in game, and bam, Darkrai is in your party. You don't need to fight him or anything. As soon as the clock struck noon anyone with a DS and Pokemon Diamond or Pearl got what they came for within five minutes. 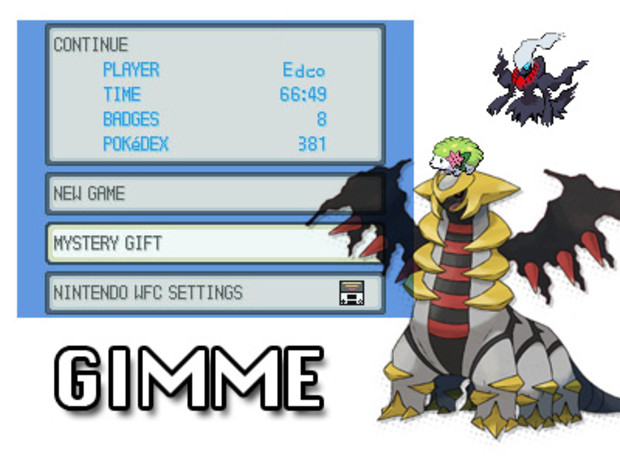 A few more kids and parents showed up and began to hop into the chat rooms to battle and trade. This is what I really wanted to do to fill out some holes in my National Pokedex. There was a very cool girl with blue hair known as "Blitz" who traded me some version specific pogees from Pearl. She named all of her pogees after Transformers, which I can appreciate. In particular I was psyched to get a Houndoom, one of my faves, named Red Alert. So if you're out there Blitz, thanks!!!

There was another dude there who specialized(?) in breeding Yenma (a weird bug type). He had a hundred of them, and aparently has been trading them throughout the world. So I jumped onto that train for the hell of it. Also hard to ignore was an... intense... child who wanted to battle everyone. And when he did, he -yelled- out all the moves just like the cartoon. "Regigigas-- HYPER BEAM!!!!" Hyper is right. Not to mention he had a Regigigas?!

So it was a pretty low key event, but I gots some trades and a Darkrai and that's enough for me. If you're interested in reading about the crazines that was my last Pokémon event, you can check that out right here.