Into The Mind Of A Gamer

5:23 PM on 05.28.2008 (server time)    0
We have all seen the screenshots for the upcoming Soul Calibur game and I can't help but wonder why Namco is making most of their female characters have breast the size of watermelons with the exception of Talim. Yes I know this trend will never stop and will continue until the earth explodes and we all die.

I have never played the first SC since I never had a Dreamcast, the first time I hear about SC was watching tv and a commerical aired stating that Link has going to be a guest character and being a Nintendo fan at the time I had to buy it, yes I bought the game just because Link was in it, surprisingly I used Talim more. When I started it up, I completely fell in love with the game, I am a huge fighter fan and this game just made my love fighters that much more. I noticed some of the characters did have the jiggle factor but there other costumes toned it down alot. Hell Ivy had the colonial looking costume and Taki's armor keep hers in place to.

Honestly I tried Soul Calibur 3 and pretty much hated the combat and how the ganked everyone of their moves and switched them up quite a bit, so I can't really say much on that. Now for this upcoming game it seems most of the new female fighters are half naked and gigantic breast popping out of the clothes. So is Namco trying to get all the DOA fans to their game, in my opinion I don't find DOA that great of a game anyway.

Just your normal psycho gamer from next door. I play alot of games and alot of generes, as long as it's fun and keeps my attention I'll play it. My top two favorite generes are RPG'S and Fighters. I don't take sides in console wars and find gender divides utter crap.
Banner made by Yojimbo

The one rule every gamer should live by: 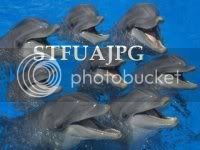 Also card form, made by GHost