7:38 PM on 05.24.2008 (server time)    0
Friday May 23rd, 2008 - WetJimmy(A.K.A Anthony) and his lovely wife Mel picked me(Foo Liz) up to venture on to find our long lost Dtoiders...
We arrived at Macquarie Shopping Centre at just after 8:30 and walked up to find Cainball(A.K.A Cain) waiting intently outside Oportos. During the intro's, we came across Jace101(A.K.A Chris). More Intros.... I realised Sarin wasn't here yet, which I thought was strange considering he had booked 5 of the tickets. We looked around for someone alone outside Oporto... we spotted someone sitting down and we pushed Anthony into approaching him, hoping we could laugh at him if it wasnt. But it was, introducing Sarin(A.K.A Tom) into our little mix. We decided to get food, we decided we needed somewhere that served food and coke.... hmmmm Oportos. Just as we were ordering I see FurySevenSix(A.K.A Noel) wandering up... And that was all of us. 7, not bad for the first Aussie Dtoid meet up. Oh no, Gatecrashers... My friends Megan and Ryan showed up in case there was spare seats. So there we sat, discussing GTA, Ironman vs. Transformers, Cain telling us a live action Pokemon movie would complete his life, Mel saying she would want it to be R-Rated.
It was time... Indy time... Wait photo time of this, the first ever Australian Destructoid outing. 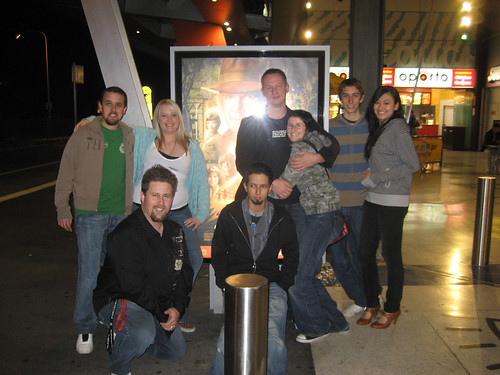 Two and a half hours later....
Wow.... What the hell was that...
Quotes from our group
"I'm so confused"
"It was like a rollercoaster of crap and good"
"The Indy+E.T=Indy 4 thing makes sense now"
"That was awful"
"I was really hoping that would be good"
"That made no sense at all"

Yeh ok so the movie wasnt as good as we hoped.. Time to drink our disappointment away..
Unfortunately Cain had to head home to the wife and kiddies so we were down to 8.
We decided to head to a local bar and wandered back to the car. We tried to convince Tom and Chris to steal a buggy GTA style but alas the driver got away too quickly.
Walking to the bar we notice this 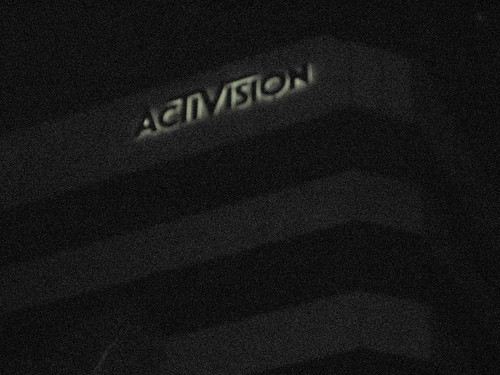 So we got to the bar and realised Megan forgot her I.D, ok we'll try the bar across the road... no luck so we say goodbye to Megan and Ryan.
We go in, Anthony buys a round, we sit down and photo op: 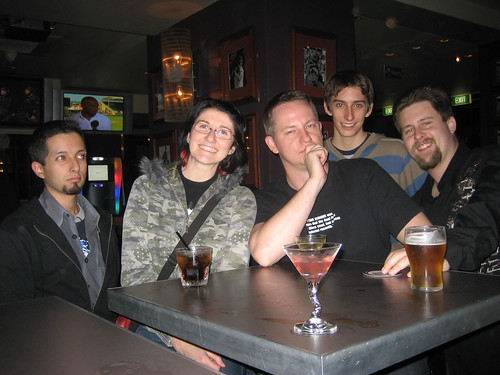 A couple of drinks later, we decide on a myspace angle photo to fit me in there 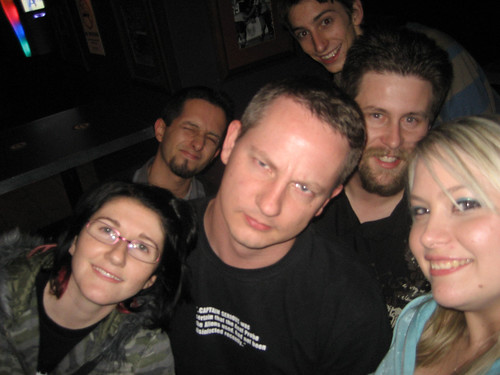 The whole night was awesome. We didn't drink much because we couldn't stop talking. I'm pleased to say everyone was really cool and there will definately be more Dtoid get togethers. We all got along really well and hooray for internet acceptance!!
Thanks to all of those who came and we'll have to have another night soon!
#Community
Login to vote this up!

This is the blog to watch for Australian NARP's, gaming events etc.
We are one, but we are many, we are Australian...(the ones with the awesome animals)
Want to post info for an event or NARP? Email FooLiz @ [email protected] and I'll get it sorted out for you so you can spread the DtoidAustralia love!
Be sure to join our google group, facebook, or follow us on twitter!