Brawl Stages: The Good, The Bad, and The Meh. Pt.3

4:36 PM on 04.16.2008 (server time)    0
Oh Super Smash Bros Brawl. What an entrancing effect you have on people, throwing people into rabid debate about every single aspect of the game, even stealing time and friendships from innocent people. Well that is just nonsense; the internet needs of a voice of reason/martyr, and I have to try my best. 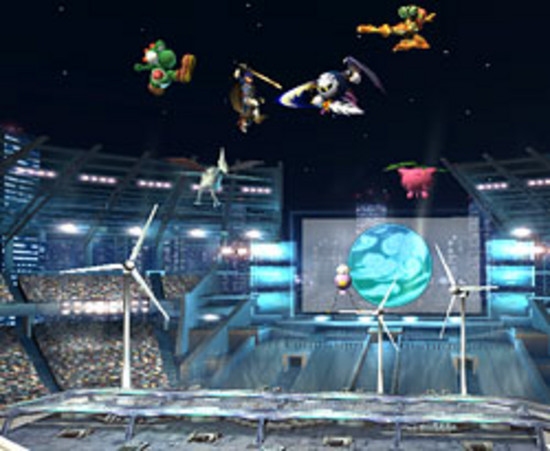 Bad stage, I choose you!

Flavor: It's a pokemon stadium. It changes mid-match to accommodate different types of pokemon, but then again we've seen this done better in the first pokemon stadium. There is an/a air, electric, ground, and ice type battlefield, all of which are equally uninspired. It's definitely pokemon though, each type of the stage is inhabited by a few creatures of the same type, and that's pretty cool. So I can't fault it for being an inaccurate depiction or anything like that. I guess that counts for something.

Functionality: This one is a doozy. I'll break it up into the 4 different unique battleground, not counting the basic stage (which is awesome and doesn't need to be talked about), to make it easier to digest.

ICE: This is probably the best of the bunch. It builds upon the stadium's one basic platform with 2 icy platforms slanting inwards, but other than that it takes no liberties with the stage. The whole thing is made out of ice, so obviously everything is slippery. This isn't a bad thing, it can actually be quite fun.

GROUND: The stage is split in to two but a large dirt mound in the center. On the left, there is a solitary platform about the size of the dirt mound, and on the right there is a very small tower comprised of two platforms. Nothing special or especially terrible about this.

AIR: This one just flat our sucks. There is nothing, just a flat platform that comes along with every variant of the stage. The gimmick is the fact that there are constantly fans blowing you upward, so everyone jumps considerably higher and falls at a ridiculously slow rate. Seems decent enough, but this is an annoyance at best. You will be juggled until the stage changes back to normal.

ELECTRIC: This one is just odd. The middle is completely normal, it has two platforms slightly above it, with the higher of the two being smaller. To the left, there is another small platform, while on the right there is nothing. The gimmick here is that the left and right sides have treadmills that attempt to carry you off the edge. None can outright kill you, but they don't really add any fun or serve much a purpose at all, it just 'mixes it up' in an annoying way.

Fun: This stage fucking sucks. Pardon my language, but it pains me to see the 'sequel' to such an awesome stage get messed up so badly. The foundation is there, but they just don't do anything cool with it. Granted, the choices of electricity, ground, air, and ice themed stages seems uninspired, but there was little that could be done with such bottom of the barrel pokemon types as it is. I'm not saying that I could think up anything better, but these lackluster parts just add up to an awful stage. If you do like one of its parts, chances are that you would be better suited to play on a different stage with similar construction, as you only get to play on each part for about a minute before having it changed back. It's just boring, and the head-scratching choices they made do nothing to better it. Well hey, at least Dugtrio is in it. Just play on the first pokemon stadium instead, you won't regret it.

So concludes part three of my critique. I put a lot of work in to it, and I hope you all enjoyed reading it. So you've heard me ramble on about these stages, what are your opinions? Stay tuned, your most revered and detested stages could be in the next installment! Also, if you aren't reading this, you ought to be. But chances are if you're a fan of this game you already are.