Unfair games -- does anyone still make them?

12:50 PM on 04.02.2008 (server time)    0
I must rant on the topic of game unfairness. I recently dug my NES out of the basement and brought it home. My girlfriend and I have been co-oping our way through the Tengen version of Gauntlet [link]. That game is a bitch. But it's more than that. That game is simply unfair to the player in a way that I haven't seen in my recent game experiences. Some examples:

- There is a 1 in 32 chance that when you start the game, none of your passwords will work when you re-enter them. If your password starts with the letter A, it won't work even though the game provided it to you. (Thanks, Bill Thomas, for being insane enough to crack the password system)

- You get to a new level and all of a sudden there's invisible stuff. Invisible stun panels. A few levels later, invisible walls. Then invisible enemies -- it's like the developers were talking about how to make the game more challenging, and some guy said "Why don't we start making everything INVISIBLE!!!" 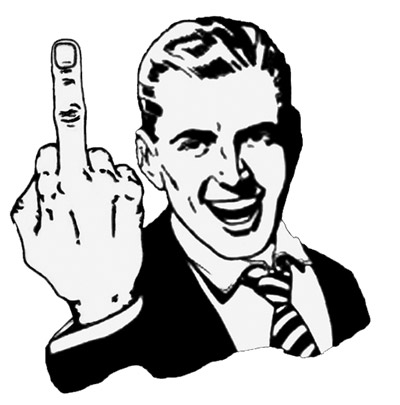 No, thank you for playing.

I've been trying to think about recent games that are this unabashedly hostile to the player, and I can't come up with any. Do they still make games where not just the enemies, but the developers themselves are against you?

I think the reason for this is that Gauntlet was the consummate quarter-sucker back in the halcyon arcade days of yore. Beating Gauntlet in the arcade cost a hell of a lot more than beating, say, Time Crisis. Imagine four players shoveling quarters into this mechanical hellspawn programmed solely to be an unrelenting, rule-changing jerk. The cost of this one collective act of defiance may have exceeded the purchase price of the console version of the game. And that doesn't even include the price of practice.


Gauntlet speedrun by someone who makes me question my worth as a human.

Today, it can cost just as much to beat the easiest game as it does to beat the most difficult. Not only that, when we buy a game, we expect to be able to finish it. Sure, maybe not on hard mode, but we expect a reasonable shot at seeing the end credits. Completing a game is no longer an act of defiance against a hostile studio of programmer foes bent on our defeat. We just view it in terms of getting our money's worth; any less would be an insult.

Do we gamers lose anything by this mindset? Is that why achievements are so popular -- because beating a game is no longer achievement enough? And if a developer made an unfair -- or, to use my favorite term, "cheap" -- game, would people still buy it?
#Community
Login to vote this up!