Tabula Rasa is like a date with Workman: cheap and full of grind @ Amazon today 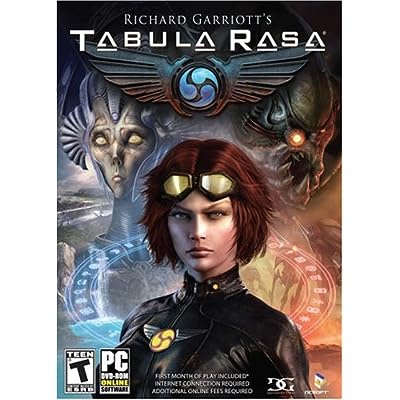 Today, I wish I had a PC that ran Windows, preferably an Intel Mac because I'm a style whore and like to hang out in coffee shops so people can see my glowing apple. Whatever, don't judge me. Back on track, I want to play Tabula Rasa.

Back in the day, I was a big Ultima Online fanatic. I was 14 or 15, worked a couple days a week and spent my evenings playing UO or Team Fortress. A 12 hour session was not out of the question and ummmmm yeah, it's sad in retrospect. Anyways, Richard Garriott could burn down my house and I wouldn't mind, because that silly bastard gave me months of fun. Which is why Tabula Rasa interests me and did even when it was some hippie-dippy martial arts fantestical something or other. Now it's some crazy sci-fi, RPG MMO Shooter, maybe a little like Mass Effect, but with less focus on humping your squad mates. I think.

The $9.99 price tag is more than tempting, but I can't play it, so that kind of kills it and from what I've been told it's a snoozer of a grindfest. Ah well, I guess I'll just continue setting off piss ant monorail bombs in Vegas 2 with Butmac and forget this game even exists. Hi, ignorance, I'm coming to live with you!
#Community
Login to vote this up!