C-BLOG EXCLUSIVE INTERVIEW: Butmac and "The Manliest Video Game Ever."

11:50 AM on 03.05.2008 (server time)    0
He's been called the "Freddie Wilson of Destructoid," the "Yahoo Serious of YouTube," and even "Frogner." In the past he's made "epic lulz" and taught everyone a thing or two about c-blog etiquette. On the eve of the eve of his dropping the next big thing in internet entertainment, Butmac was kind of enough to give us an exclusive Destructoid C-Blog interview. No one knows anything about his new film besides the title, "The Manliest Video Game Ever." Such mystery, such awe-inspiring letters and majesty!

I give you now, dear reader, a glimpse in to the mind of genius. 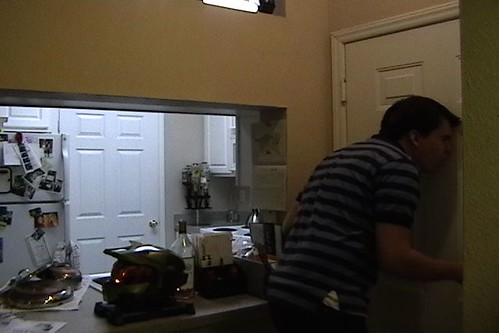 Butmac: Ya know, it's funny. I'll tell you a secret about myself - I drink Texas Pete.

Butmac: Oh good, you've heard of it! Yes, I suppose it's a "hot sauce" but really I look at it more as a lifestyle. I live hot, spicy, and fast. All real men do.

D: What would happen to you if they took the "liquid lifestyle" off the market?

Butmac: Well, I'd say that'd be awfullly f***ed up but I guess I would just go crazy. Hahaha. But anyway I drank a lot of it to get myself in the right mind set and that's when the "Manliest Game Ever" came to me. It was an obvious choice.

D: Do you think your art would suffer like the great comics of their past who stopped doing coke, such as Dan Aykroyd, Robin Williams and Cookie Monster?

Butmac: I absolutely don't. Many people don't realize this about Chevy Chase but he actually claimed to be Lucifer the same day that David Koresh claimed to be Jesus. I'm not sure where I am going with that but it's just not something I think people should do ya know? No one can claim to be Jesus except for Jesus. I know what you're thinking - "he just says whatever is on his mind!" and I thank you.

D: I understand you doesn't afraid of anything, but are you proclaiming this new video to be the "second coming?"

Butmac: Not at all, D. If anything this video is a miserable failure that will never live up to my previous attempts to make a "lulz" but I keep trying and maybe one day I'll have a stroke and get that on film. I think people would really enjoy that. Drooling.

D: Time will tell on that one. Now, can we get some insight in to what these teaser stills are showing?

Butmac: Well I didn't want to give too much away, obviously, but I think if you have a keen eye you'll be able to pick up on some subtleties that I've sprinkled into the short film.

D: I've noticed a few things. First off, the Halo 3: Legendary Edition Cat Helmet. Is this a red herring meant to throw people off or is it your political statement against apartheid and the homeless?

Butmac: I actually wanted to give you and your readers another taste. This still gives away a good amount of what will be happening in the film. And, yes, the Halo 3: Legendary Kitten Protector is something I wanted to showcase. As far as the homeless go, I said before the interview I don't want to discuss that and I am disappointed that you "went there". Let's not have that happen anymore. 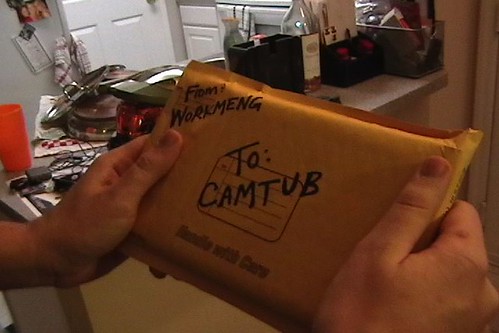 Butmac: Well, if I told you that then I would just be giving the whole feature-length film away. But yes Ron Workman does in fact send me something and it ties into what the story is about.

D: Is this film about fear? You look rather frightened, staring out the door. Perhaps your pizza is late for delivery?

Butmac: F**k you. Was that a shot at the homeless?

Butmac: This interview is completely over. I never want to talk to you again. 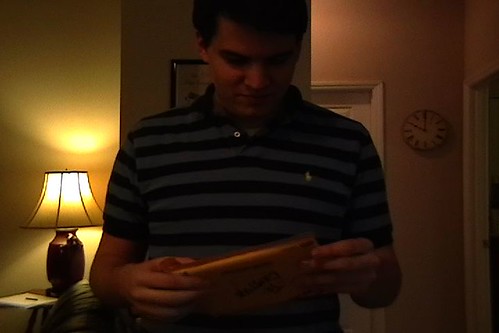 I would like to thank Butmac for taking time out of his hectic schedule to give us an exclusive first-hand look at his upcoming short film, "The Manliest Video Game Ever." Be here Friday when he unveils his masterpiece...to the world!
#Community
Login to vote this up!