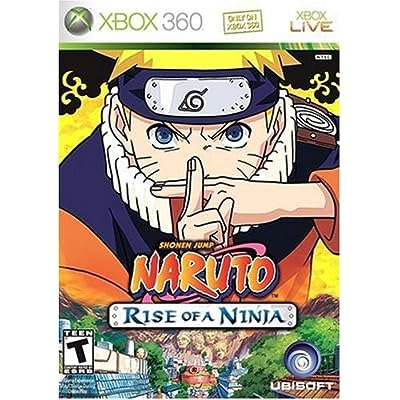 You like ninjas? They're alright, I guess. I think they live in 360s, which might be the cause for random disc read errors and red rings. Maybe they're angry because they're so small -- you know that can affect a person's self esteem. Nah, that can't be it. They have weapons and silly magic that lets them disappear and reappear in front of a person, allowing them to cut someone from their ass to their appetite. I didn't make that up, check Wikipedia or "Real Ultimate Power."

If you're of the ninja loving persuasion, then you might want to get up on today's deal to appease your black clothed lust figures. $39.99 + free shipping will ninja net you one part fighting game, one part RPG, all parts 360 game. The good news is, it doesn't suck, the gooder news is there's a bunch of DLC to add new characters, new achievements and the ability to play the game with japanese dialogue and english subs.