How Game Publishers Can Defend Against GameStop

3:16 PM on 02.11.2008 (server time)    0
We often hear how game publishers aren't getting a piece of the highly profitable used games market; the New York Times [link] recently opined on the fact that publishers are still in the oh-so-1980s business of selling new games at retail.

But let's stop and think for a second: what types of games do well in GameStop's used games market? Old games, and bad games.

This is because GameStop gets a lot of bad games sold back right away, and over time will accumulate a hefty backlog of all games, even good ones. With lots of stock, and little demand, the prices drop. And people tend to buy used games when there's a big difference between the retail price and the used price. For $5 difference, I'll take the new copy that isn't fingerprint-smeared, stained, scratched, and covered with stickers. For $20 difference, though -- well, I have some cleaning spray at home.

Up until now, there wasn't much publishers could do about a game. Once it was out, there was no way to make the brand-spankin'-new copy worth more than the used counterpart, except for the fact that it was in better condition. But here are two and a half ways in which publishers can make a new copy of a game have more value -- and be worth a higher price -- than the used or old version.

1. Timed bonus content
There are two ways to do this. One is to put a certificate in the retail box with a code on it that can be redeemed by a specific date -- say, within one month of the game's launch. Maybe the bonus content is an extra map, or extra weapons; it could be totally exclusive to people who purchase within that time frame, or is could go on sale to everyone later. This gives you a reason to buy a game quickly, when the difference between the retail price and the used price isn't that great. Between the pre-owned condition of the used copy, the missing exclusive, and the small price difference, it might be enough to increase the number of people who will buy retail.

1.b. Timed bonus content v.2
But maybe GameStop wouldn't like that. They have a vested interest in selling used games, and might argue that the promotional labeling (Free level until 3/8/08!) confuses customers, for instance. Fair enough. This is where XBox Live and PSN come into play. Publishers can offer the same bonus content on the online stores, free if downloaded and installed within the first month. It wouldn't even technically need to discriminate between new and used games, just make sure that it encourages you to buy the game within that critical first month when people are more likely to buy new than used. Will some people bitch about incomplete games? Maybe. But they'll have only themselves to blame. They could have had everything if they had paid full price. But if they choose to wait for the price to go down, then they'll have to pay for the other content the early adopters got for free. 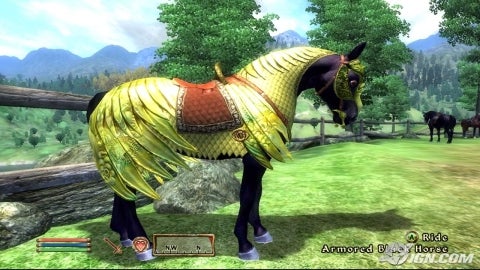 2. Online multiplayer
One of the nice things about multiplayer games is that you don't have to play with strangers. You can play with your friends. If your friends are somewhat avid gamers (and if you're reading this, I'll bet they are) how long does it usually take to move on to the next title? 2-3 months? And when your friends move on to a new game, either you join them, or you try to wait for matchmaking with strangers on the old game and get left out of the loop for a few months. So if you want to play multiplayer with friends, it helps if you all buy the same games at the same time. This usually translates to new games. So publishers can really benefit from adding a compelling multiplayer section, especially one with a multiplayer mode that accommodates many players.

These aren't rocket science-calibur solutions, and many publishers are working on some or all of these suggestions. I just thought I would frame the argument in another light -- that is, publishers do have ammunition with which to fight the used games battle. They just have to be creative about increasing the present value of new games when the prices of the used copies are expected to drop.
#Community
Login to vote this up!