Good Idea: Downloadable Content.
When you've got a game you've played out, found all the secrets and finished all the missions, it can really breathe new life into the title to be able to download and try a new weapon, new vehicle, or an entirely new chapter. It's an extra bonus that I don't mind paying for, as it shows a level of commitment by the developer that extends past them simply trying to get you to buy their game in the first place. When DLC is developed as a means of adding to the players experience, then it rocks ass.

Bad Idea: Downloadable Content that isn't downloadable.
When you've got a game you've played out, found all the secrets and finished all the missions, and then you want to download the new gun, car or costume. You pay your money, click download and expect to wait for a few minutes... but you don't. The extra is unlocked immediately, which can only mean that you've either got an insanely insane crazy fast internet connection (which you don't), or the extra content you just paid for was already on the game disc to begin with.

In my opinion, that is bullshit.

Downloadable content should only ever be content that was not developed or ready at the time of the games release. It should be extra content that is made to reward and support the people who had already handed over cash for the game. It shouldn't be a way for developers to hold out on content that they've already completed in order to suck more money out of the unfortunate people who bought their game.

For developers to include content on the game disc itself and then make you pay to unlock these 'extra features' is crap. You paid for the game in the first place, so you should be entitled to everything that's on the damn disc rather than being forced to pay to unlock the rest of it.
#Community
Login to vote this up!

My names Dan. I live in Melbourne.
I love gaming, and I love guitar, though I don't get as much time to do as much of either as I'd like between working and living.

I'm a Graphic Designer, I love my Metal.

I've got some of my art and design work up here. 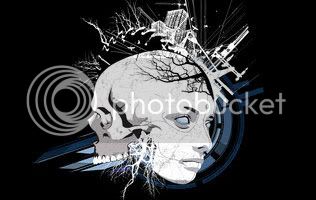 I've also got a few T-Shirt designs online too, check it.