5:17 PM on 02.04.2008 (server time)    0
So I spent all day collecting screens and footage for Dragonball Z: Burst Limit. Although I was never a dedicated fan of the show, I've had a soft spot for it since grade school, and when we began working on a DBZ game for 360/PS3, I wasn't really sure how the boys over at Dimps were planning to up the ante.

Well, all I gotta say is that the game looks pretty damn good.

A few of the screens I took weren't quite press-worthy, and since they don't really show that much I figure it's better to put them somewhere low-traffic than just let them sit on my hard drive indefinitely. I think these two in particular actually come pretty close to the look of the show. Both are in-engine; the first is from a cinematic, the second is gameplay. 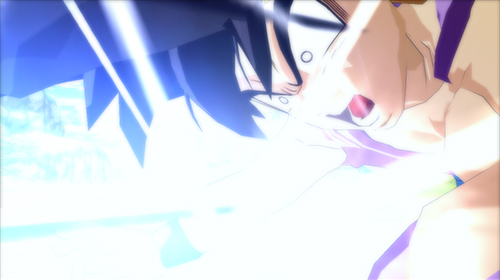 Am I crazy to think this game looks beautiful?
#Community
Login to vote this up!