Linux on PS3 part 1: Do you really want to hurt me?

10:05 AM on 01.21.2008 (server time)    0
One of the nice things about the PS3 is that it is, at its cold and exotic cell processor heart, an IBM PowerPC box. Not only that, it's a PPC that Sony is almost begging you to screw around with. Why else would they give you the opportunity to install a different operating system? This is basically secret code for Linux, unless someone can get an older Mac OS running on the thing. Windows won't run on a PPC architecture.

So with visions of a fully featured media center dancing in my head, I decided to install Linux.
The good: I got it on there, and it runs adequately.
The bad: The PS3's firmware is at this point better suited to media center use than Linux is.

This is for a few reasons:
1. Flash 8 is not currently available on Linux for PS3 because of the PPC architecture. It's unlikely that it will be, unless Sony pays Macromedia to put a version in the firmware browser. So no YouTubes or streaming Lost from ABC.com. There is a free substitute for older versions of Flash called Gnash, but it didn't work well for me, although there are some tweaks I didn't try.

2. The PS3 has 256MB of onboard XDR RAM to work with, and the RSX graphics processor has an additional 256MB of GDDR3. The problem: Linux can't yet use the RSX, so it dips into the already scarce main memory and uses around 32MB for basic 2D graphics virtualization. So not only can't you use the PS3's graphics card, you have to pay for graphics out of the already scarce system memory.

3. Media programs on Linux aren't as full-featured as their Windows counterparts, even when using a multi-platform program like VLC media player. For example, VLC plays video the best out of the three programs I tried, but it won't stream files from a networked computer. There's no 5.1 support yet, as far as I know. 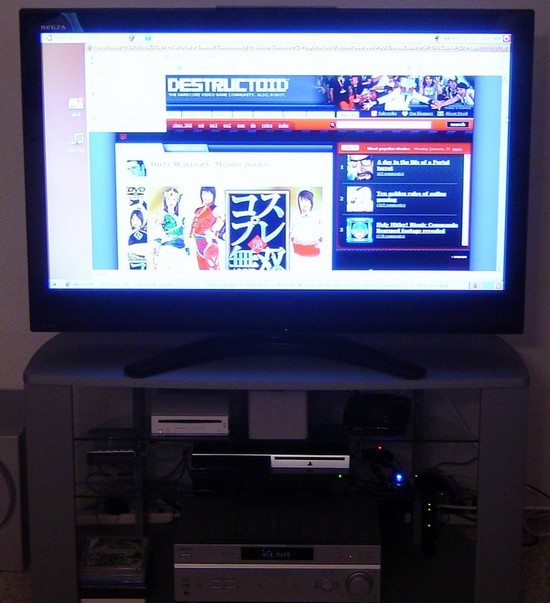 If you still want to install Linux for the "cool" factor, or because you like the idea of turning your entertainment center into a computer from 2002, then I'll tell you in the next part of this blog (coming either Tuesday morning or Wednesday morning) how to install Linux on your PS3.

The variant of Linux I chose is Ubuntu, which is itself based on Debian; other popular candidates are Yellow Dog, Debian, and Gentoo. Much of the installation information is the same from variant to variant, so it may still be of some help if you choose to go another route.
#Community
Login to vote this up!