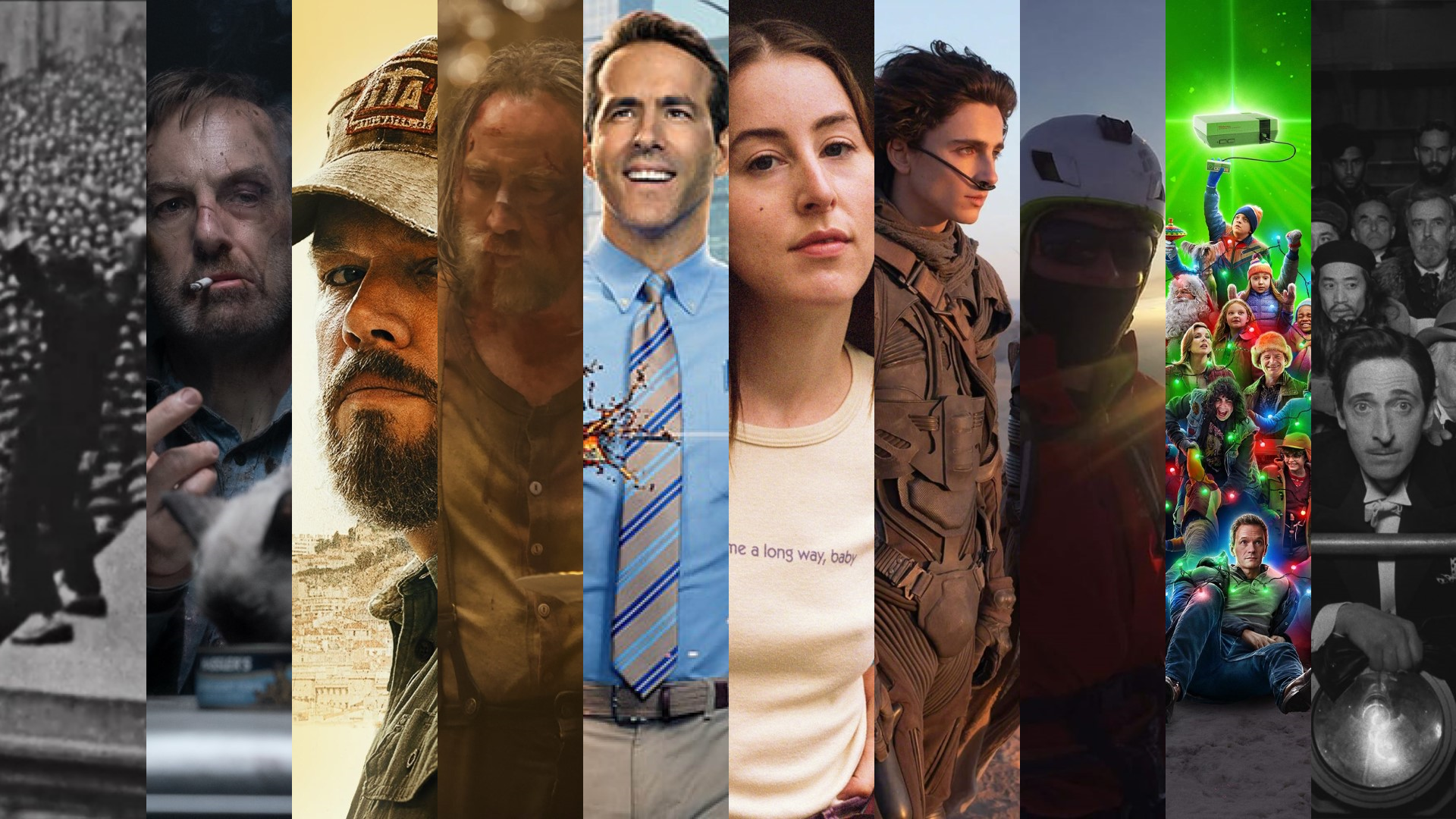 While this is a video game blog, I've always considered myself a bit of a film snob. I don’t like talking about movies too much here because I will always put games first and foremost, but I still think there are films worth celebrating. So with that said, here are my top ten films of 2021. 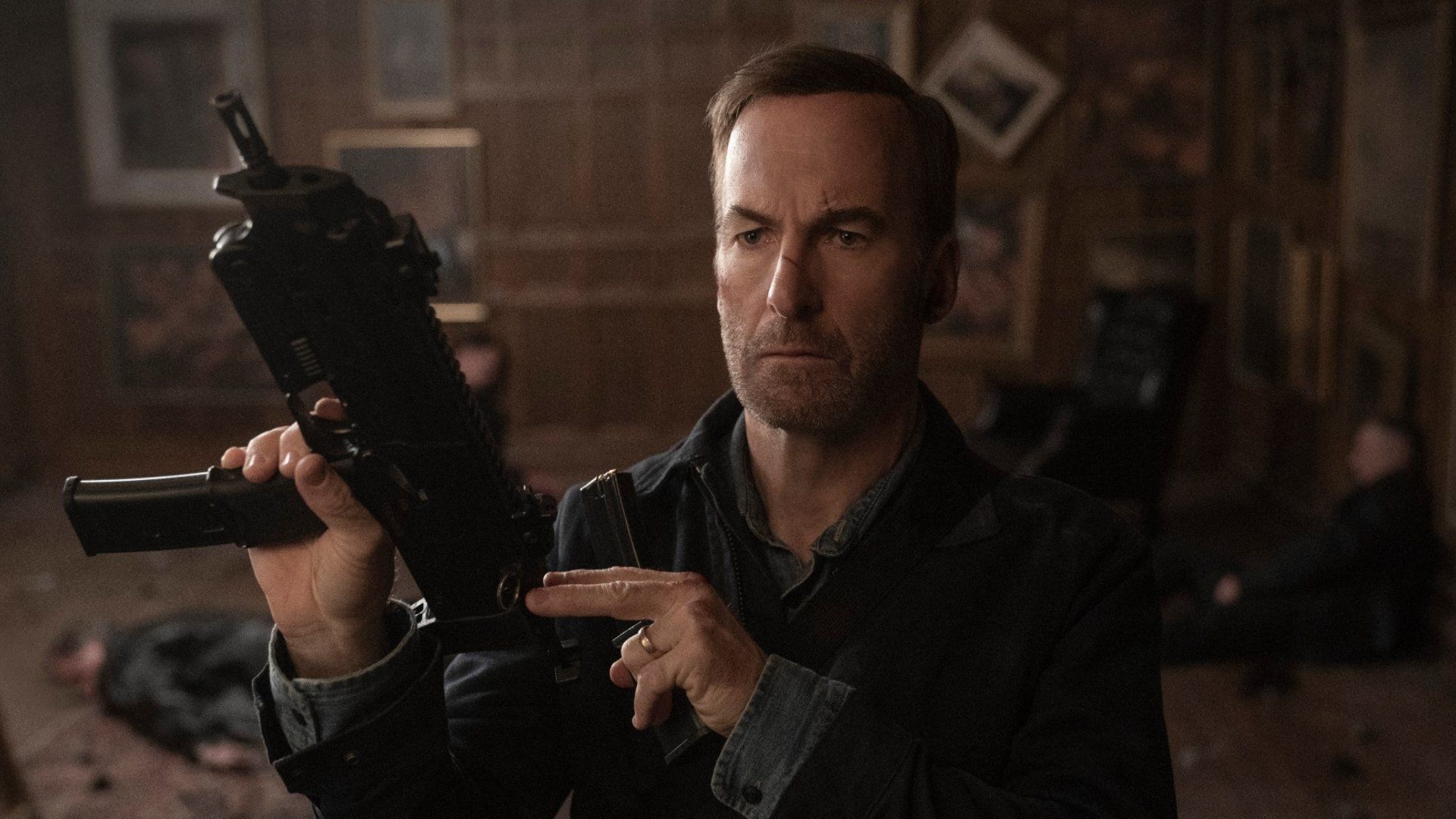 In many ways, Nobody just feels like a lesser John Wick. The main character and setting seem interesting but aren't as fleshed out, the action isn't as fast, the antagonist isn't as strong, and the film just doesn't have as strong of an identity. The film stands underneath the shadow of John Wick, but there are certainly far worse films to stand underneath the shadow of. In the end, it's still a solid action film with some decent action scenes, a solid soundtrack, and some fun characters. 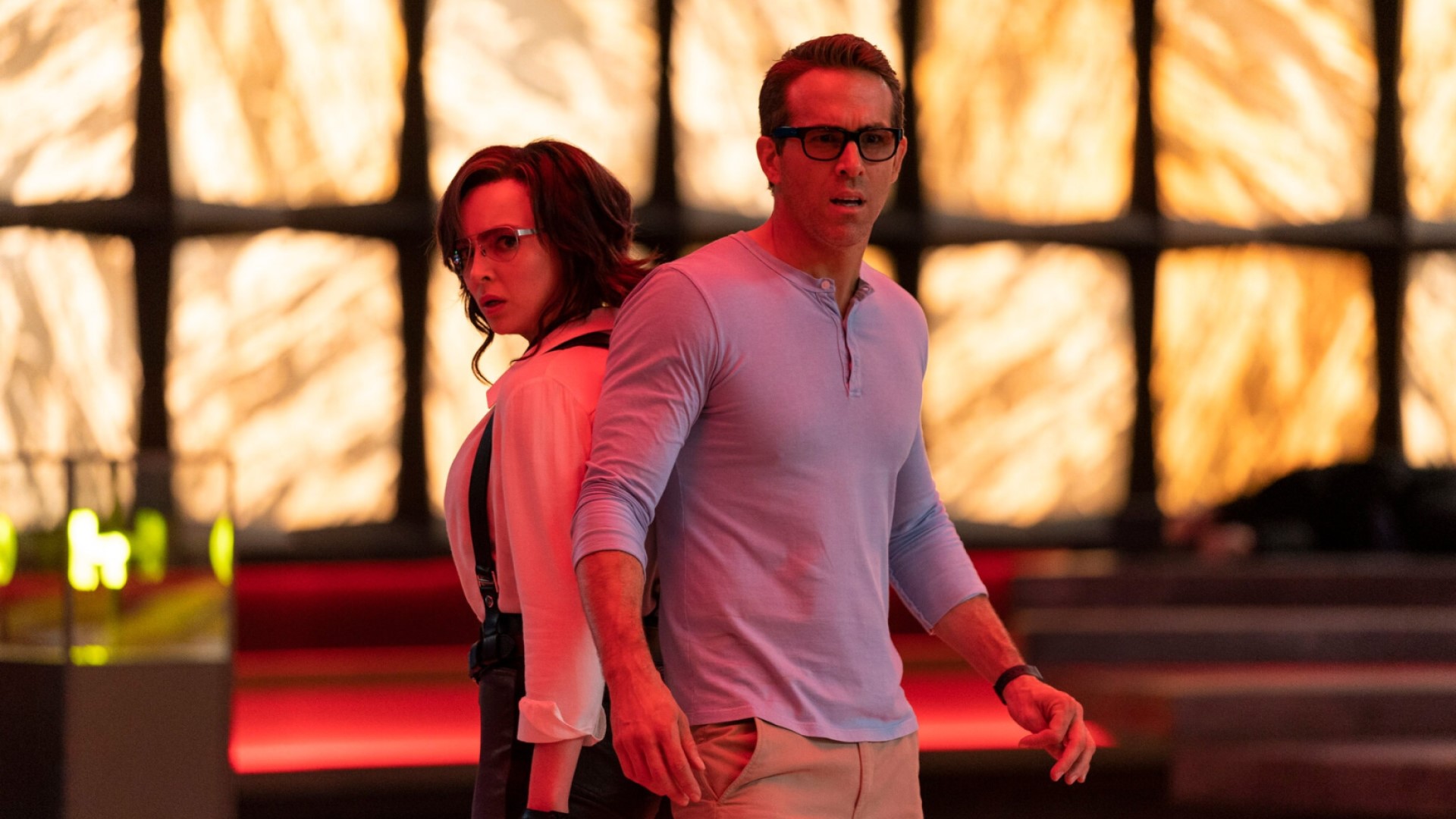 Video game and video game-themed films usually suck, so I went into this film with pretty low expectations. By the time I left the theater, however, I found myself pleasantly surprised. In some ways, the film is wildly off about games and the industry, and there are cheesy video game moments abound, but this film gets it more right than some of the other video game movies I've seen. Setting the video game aspect aside, Free Guy is simply just a fun time and it feels more creative than most other blockbusters I've seen this year. 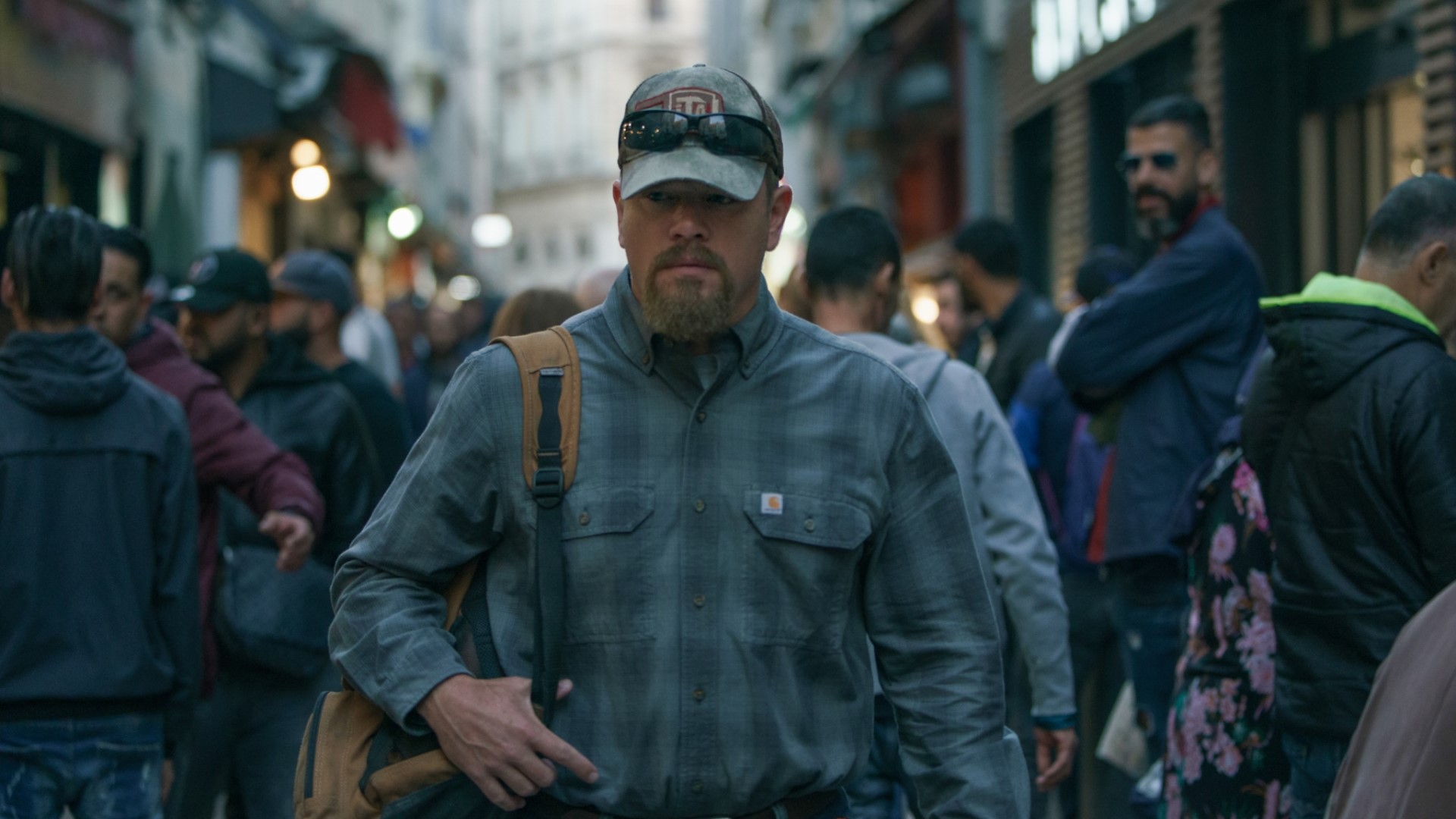 Stillwater tells the simple tale of a man trying to free his daughter from prison in another country. Despite its simplicity, I think the story of this film is actually quite interesting as it shows the clash of cultures. Matt Damon does a great job as a blue collar Oklahoma worker trying to navigate Marseilles, France, and there's a lot about this character and story that feels fresh. The film does drag on for a bit too long, but I think Stillwater is a decent film overall. 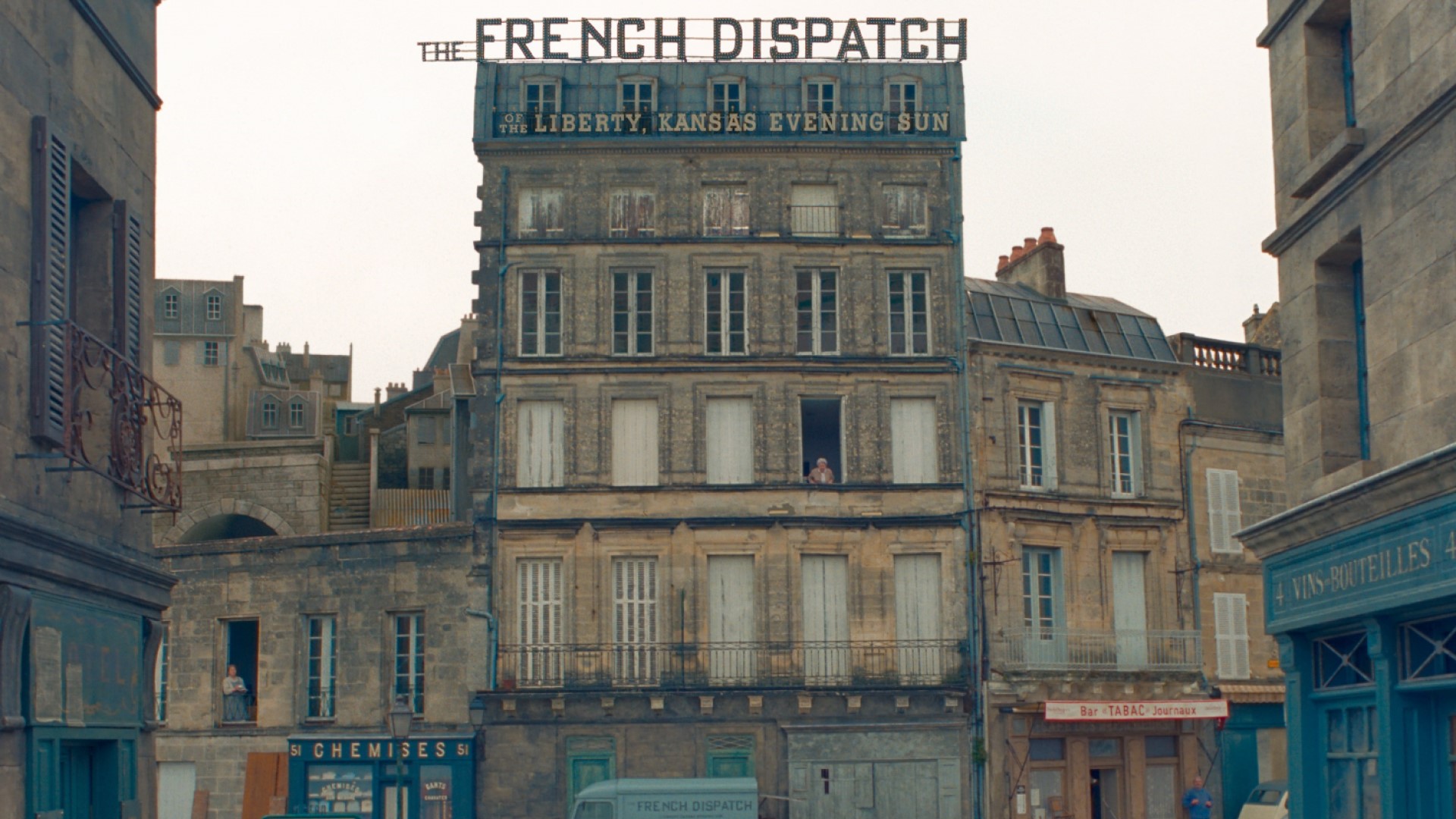 The French Dispatch is a Wes Anderson film. Those who know, know. I think it's with this film, though, where that is starting to lose its meaning. It's still very much an enjoyable film through-and-through, but it doesn't feel like a fresh one. This film is experimenting with some story and style ideas such as its short story format reminiscent of reading a newspaper, but not all of it sticks. I think where this film falters the most is with its cast of characters; because while they are funny and enjoyable to around, there are simply too many to really get attached to. This is not Wes Anderson's best work, but it's still an enjoyable film that is fun and lighthearted. 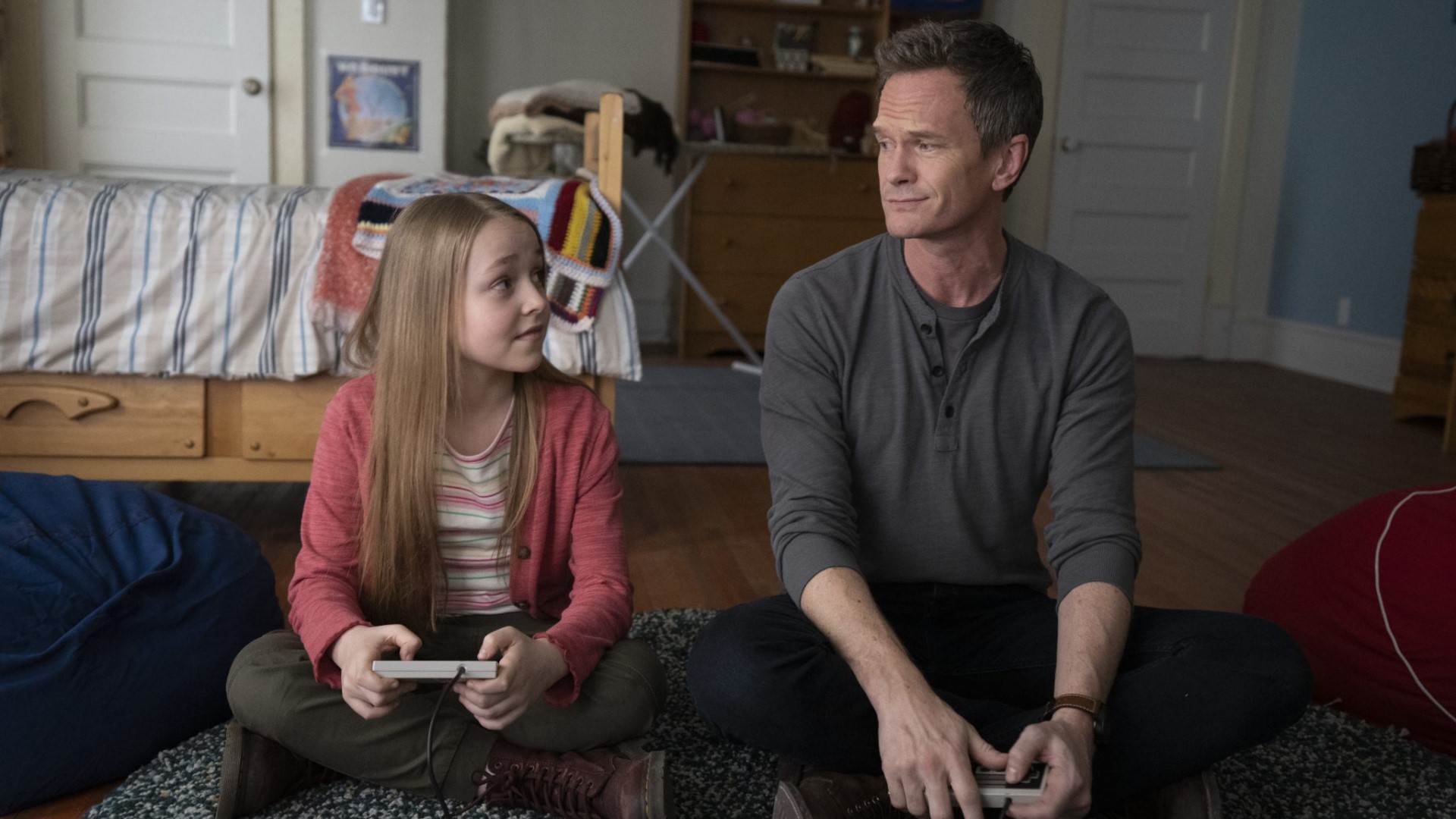 I went into this film expecting an easy punching bag. I'm not a big fan of Neil Patrick Harris, the whole NES angle reeked of cheap nostalgia and terrible references, and the whole thing just felt like a knockoff of A Christmas Story with forced laughs. By the end, I was surprised by the film's earnestness and lack of cheesiness. While it does play out like a copycat A Christmas Story, I think 8-Bit Christmas takes the better elements from that film rather than the lesser ones. It's decently funny in ways that are long-lasting and memorable, and I think the film does the right thing by subduing the NES angle to instead focus on the importance of family during the holidays. I don't know if 8-Bit Christmas will be anyone's go-to Christmas film, but it's better than it has any right to be and I think you could do a whole lot worse for a Christmas film. 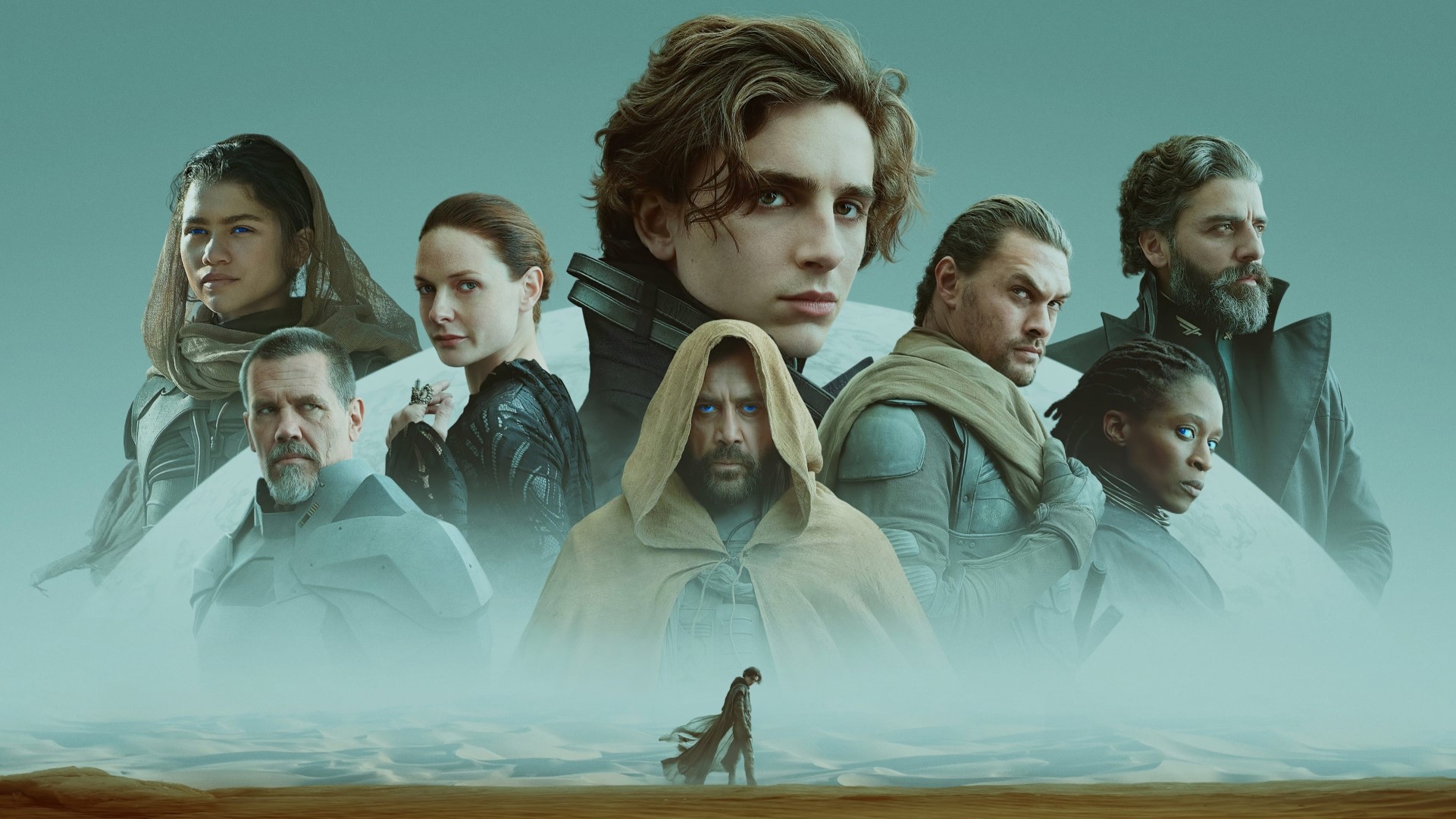 Dune feels like the Lawrence of Arabia for the modern age. Whether it be its epic scale, desert setting, or main character acclimating and eventually fighting with the desert inhabitants against a larger threat, this feels like a film that is swinging big. In large parts, it succeeds. I can't speak to accuracies to the book, but I believe the tale being told here is engaging, the scale of the film feels fully utilized, and I think there's solid acting performances all-around. The one thing I think this film should've done is fully lean into its epic scale by offering one 4-5 hour long film rather than abruptly end it the way this film did, but that's more of a preference. Dune feels like the standard in quality other blockbusters should follow, and I'm excited to see the sequel. 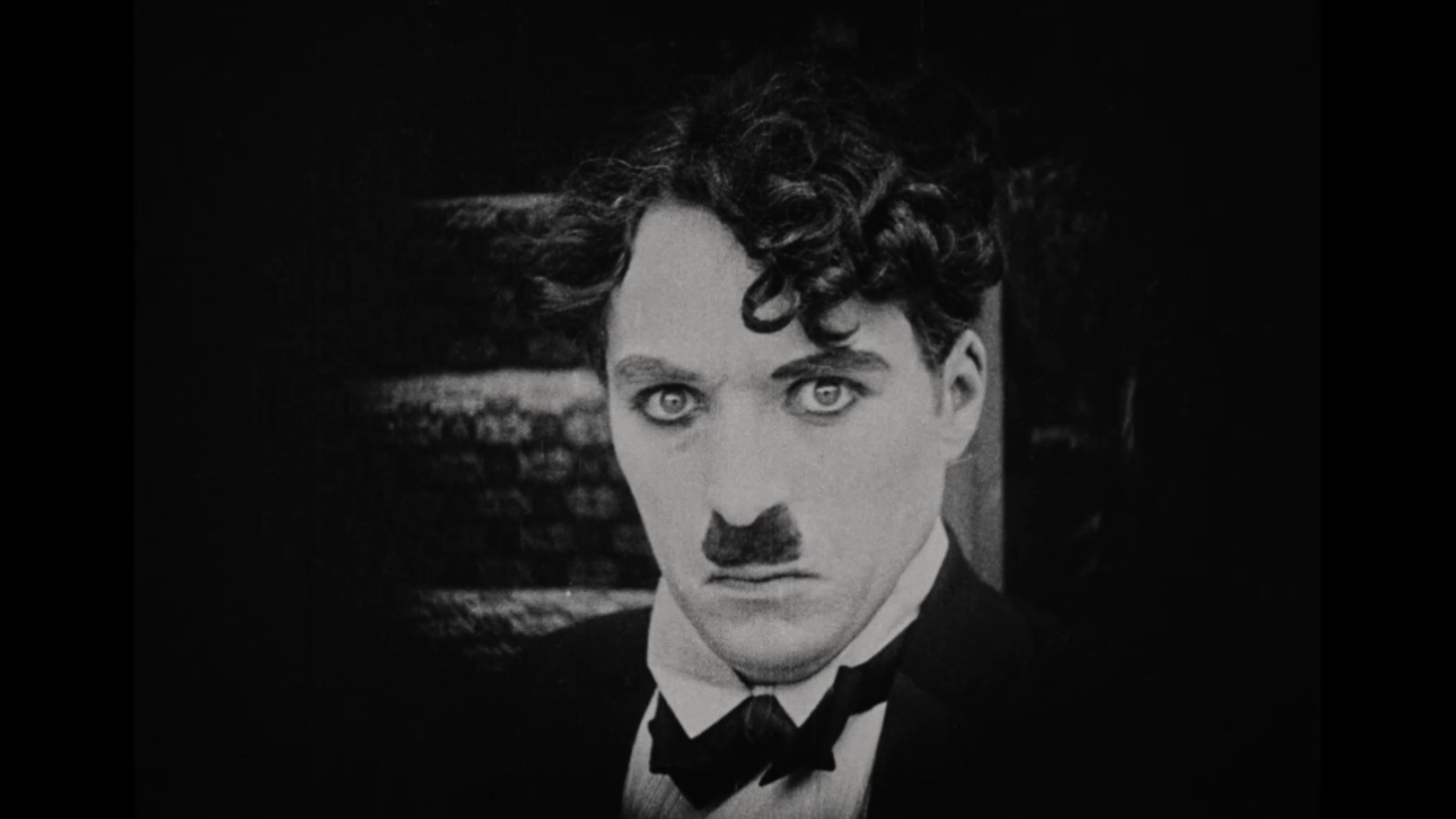 I didn't even know this documentary existed until I saw it pop up on cable while at home for the holidays, but I'm glad I caught it when I did. The Real Charlie Chaplin chronicles the life of Chaplin before, during, and after his iconic role as The Tramp. We don't think of him that much these days, but this film does a good job at highlighting his importance and stardom during his glory days. He was a film star with fame unlike anything we really see these days, and anything he did was sure to turn heads. This film also makes sure to highlight the moments of his life that weren't so bright, all the way up to the end. It's a well-balanced documentary that is a fascinating look into the early days of films and the character who popularized it. 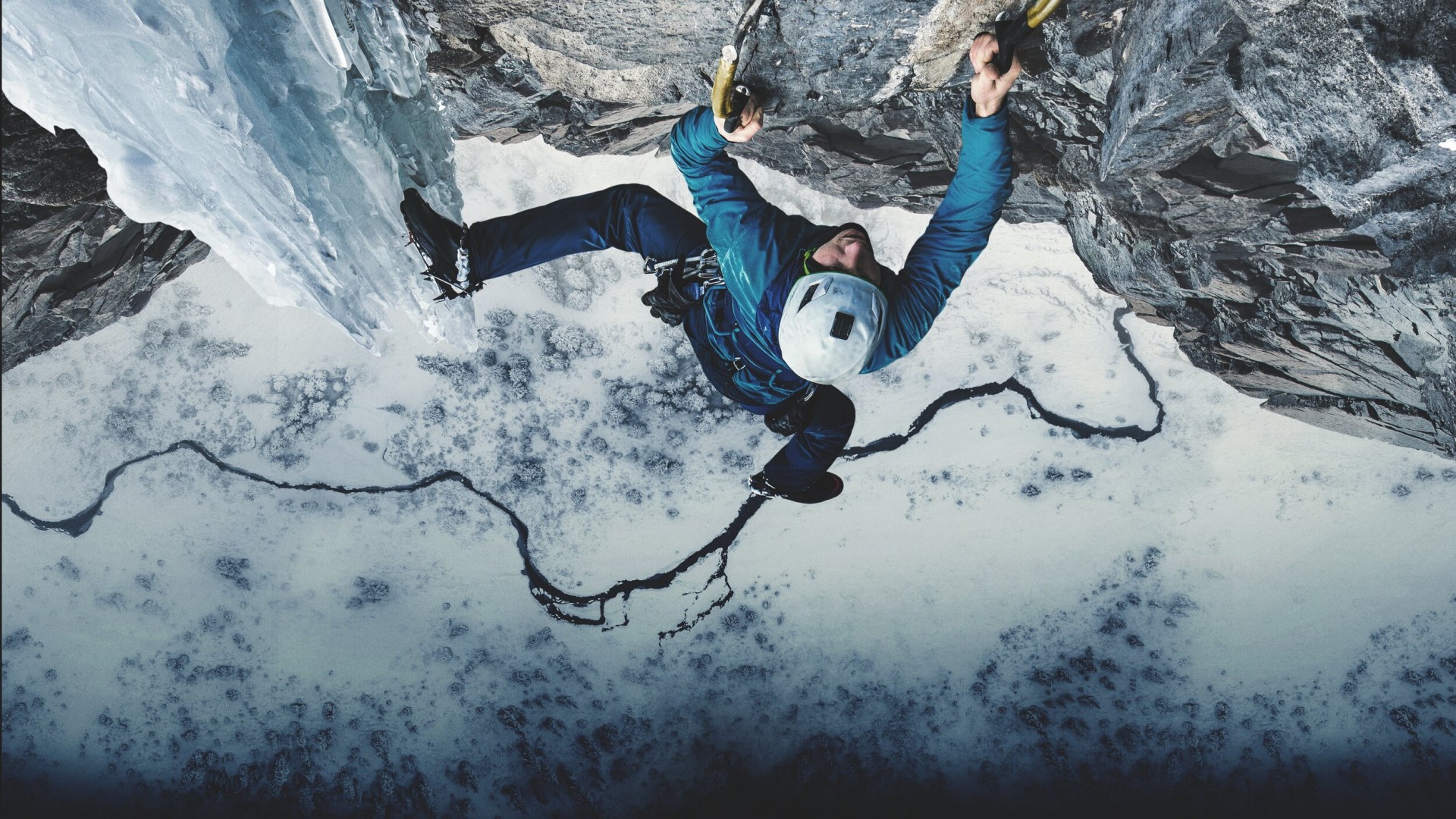 As a climber, there are three big climbing documentaries that I constantly hear about: Free Solo, Dawn Wall, and Valley Uprising. The Alpinist is the fourth. The film follows Marc-Andre Leclerc during some of his free solo alpinist ascents. More than just “here’s a climber climbing things,” The Alpinist shows us a glimpse into the true sport of outdoor climbing that is rarely seen because it is almost impossible to be seen. This is a climber who is in this sport for the adventure rather than the clout or bragging rights, and this sentiment is both hard to capture as this connection is best felt alone and one that feels true to the sport of climbing. The Alpinist shows boundary-pushing climbing as well as a glimpse into a type of climber not often seen. 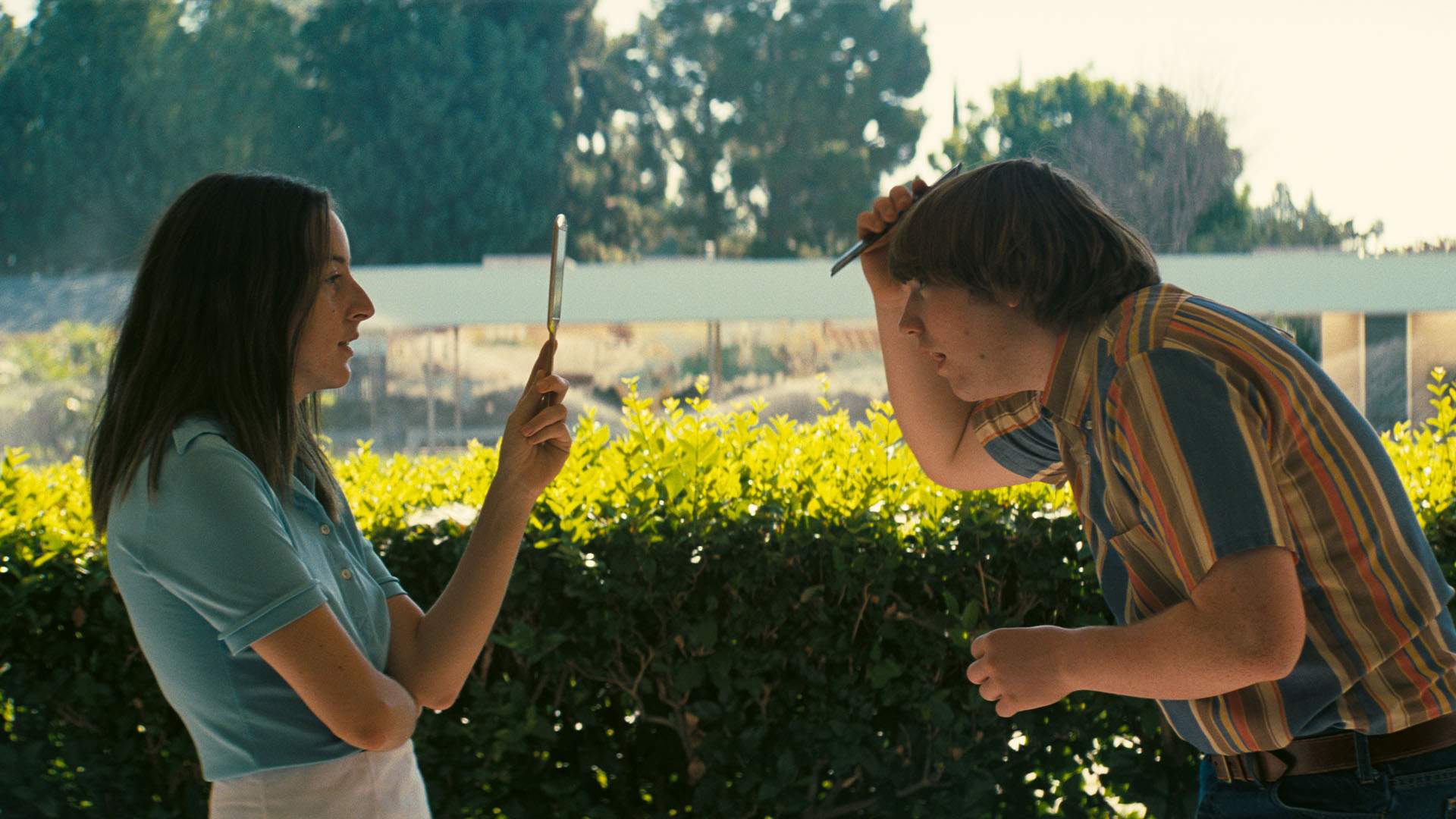 After watching Boogie Nights, I found myself interested in whatever Paul Thomas Anderson does, and this is his most recent film. And boy does it not disappoint. Straight off the bat, the two leads have excellent chemistry and the writing is a laugh factory. From there, the film just keeps hitting on all cylinders as various esoteric characters come-and-go and their relationship peaks and plateaus. Plus, Anderson's trademark Encino setting yet again makes for an interesting backdrop for his storytelling. While its tale of boy-meets-girl feels as old as time, Licorice Pizza is a great laugh and a must-watch. 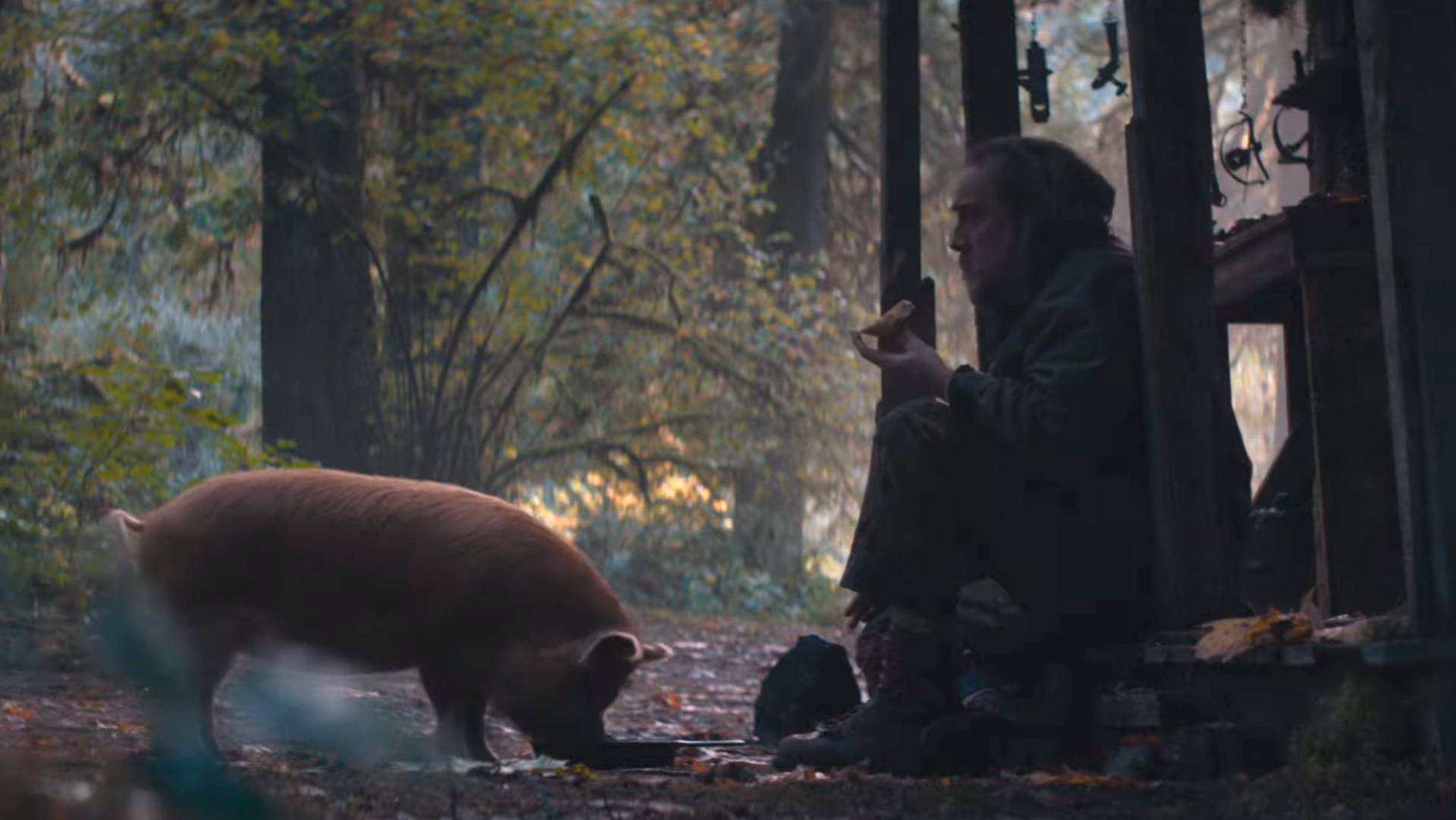 Nic Cage is a truffle hunter trying to rescue his kidnapped pig. It sounds like any of his other recent works, but what is here is nothing short of a masterpiece. It's not only my favorite release of this year, but one of my top films overall. The plot is malleable in such a way that allows for not only an emotional dissection of revenge films but also a film with many different interpretations of its themes. Excellent acting performances by Cage, Wolff, and Arkin and great writing are also highlights to this film. Pig is an excellent debut film by Director Michael Sarnoski as well as one of Cage’s best performances, and it is my top film of 2021.

Here are some honorable (and dishonorable) mentions of this year.

On top of movies, there were some good shows and miniseries I watched this year. Narcos: Mexico is a great watch and season 3 is no exception. The Beatles: Get Back is a fantastic docuseries that goes in-depth into the lives and creative process of the Beatles. And yes, I watched Squid Game and it’s a pretty solid show.

I didn’t have this category for my 2021 games list as I mainly wanted to focus on the positives of the year, but this is the movies list so whatever. These are my dishonorable mentions. Army of the Dead has such a great premise going for it, but it squanders it every step of the way. Bad writing, an under-utilized setting, a zombie-heist film that is neither a good zombie nor heist film, a long run time that drags its feet, plot inconsistencies, and poor political pandering make up some of the reasons why I dislike this film. The best thing I can say about it is that its Zombieland-style intro is cool but it sells the viewer a way better movie than it actually delivers. The Many Saints of Newark isn’t as bad as Army of the Dead, but it was certainly the most disappointing for me. What could’ve been a great prequel to a TV series I love ended up being a nostalgia-driven character piece that isn’t really even about Tony Soprano. A lot of the characters from the TV show are caricatures in this film, Tony’s character arc sucks, the plot and tension are lacking, and there are a ton of head-scratching moments like Moltisanti’s death that left me hung on those moments rather than focused on the film itself. The film feels unfocused, and what could’ve been a solid mob movie ended up being a film that is equal parts forgettable and disappointing.

That is going to wrap up my films list of the year. Thank you for reading, and let’s hope the studio system doesn’t entirely gobble up the films industry in 2022.