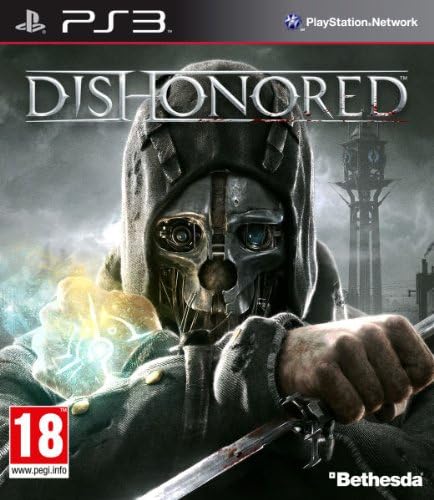 Games played within a First Person view are these kind of games I need previous convincing for me to play them. When Dishonored was released back in 2012 I was curious as to why many saw it as great addition to both the action adventure and first person genre. Halo and Far Cry convinced me with their story lines and formula and also, cleared my doubts that the genre was the same no matter the game. Nine years later, Dishonored was played with a much more open mind and a desire to experience something fresh. It succeded.

Set in a industrial era, you are Corvo who after a mission to help the city of Dunwall goes to see the Empress. However, things get messy as some assasins arrive wielding some powers giving them aid in their objective: killing the empress. After she is killed, her daughter is kidnapped and you are left wondering why such an event happened out of the sudden. Shocked by the sudden death and with no more suspects around, you are held responsible of the murder and sentenced to death. Things happen and you make your way out to ally with a group of people who need your help to bring the former peace of Dunwall back to its glory after the command of the person who framed you: Lord Regent. While the setting seems interesting enough, a supernatural being called the 'The Outsider' gives you magical powers to better overcome the obstacles ahead, with full freedom on how to use them. Will you use your new found power for a good end or will your bring chaos to those in your way? This aspect in particular is one I had a mind-set from the beginning as the game's violence is a gore spectacle to watch.

While not particularly breathtaking, the setting in which the game takes place goes hand in hand with the overall narrative and the events that will eventually ensue. One can say the use of the Unreal Engine 3 here is very fluid allowing a better and more paced experience for a game played in First Person. That, and the gore that shines within each execution. Not taking any chances, I went with this more aggresive approach to clear the game's missions and those enemies' last moments felt fulfilling following that path the game offers you. One thing I would like to mention is that sometimes the effects and textures tend to mix making the image a little blurrier.

The sound department does the job just right with one clear mention that does stand out from the moment the characters interact with each other: the voice acting. Sincerely, the work behind these dialogues and how much passion the actors put into making their characters both loved and hated is second to none. After playing the game I went on to do some research and found out most of the voice acting was done by already experiences actors such as Carrie Fisher and Michael Madsen. Marvelous.

If the story alone didn't catch my attention, and it did, the gameplay only convinced me the more to play this game non-stop. Magic and weapons working hand in hand with full freedom during missions to reach your objective? I'm in. I like this idea that once you set foot in the mission's location you are free to do what you please and how you find yourself doing it. Side quests were a no no for me as I felt those were pulling me away from the game's narratie that hook me since the moment I started playing so most of the upgrades availabe to better improve my arsenal and powers were not purchased. That didn't hurt the fun, though, as the gameplay is designed so freely that even with a not so powerful weapon I could eliminate enemies no problems thanks to the melee options. I am that kind of player that likes to have a challenge by no being so OP even for the final bosses so this difficulty the game lets me set for myself was welcomed. Granted, many were the times that I reloaded the checkpoints all over again but finding a solution amidst an almost impossible outcome meant the world to me everytime. 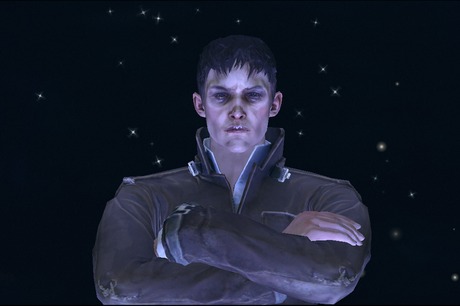 As few have been the games out of the First Person view that I gotten to play, there's not much comparison I can make to others within the genre nor that this game needs any. Dishonored is a game that not only lives up to its name by all means neccesary but that also embraces its gameplay the best way possible for all players to enjoy the game the way they want it either masterfully making using of stealth or, brutally ending lives galore. Ending the life of some bosses melee style with the gory close up left me very pleased. In the words of 'The Outsider' I say this to this game: You fascinate me.