Give thanks for fan translations: Ihatovo Monogatari

5:05 PM on 08.08.2021 (server time)    0
Thanks to SNES drunk for making me aware of this game: https://youtu.be/8YU1WRQlGVc
I haven't finished this game or even played past five hours in but I'm happy it exists. I am happy it can now be read outside its native language and experienced even somewhat close in its original intention of a loving celebration of the authors work and outlook on life.

I wanted a galactic railroad gif, but I compromised.
Visuals novels have only ever grabbed me when accompanied by some form of point n'click gameplay, RPG stat grinding or murder mystery, however disconnected from the explorable game world, but here is a lovely exception where exploration and the stories discovered are the experience. 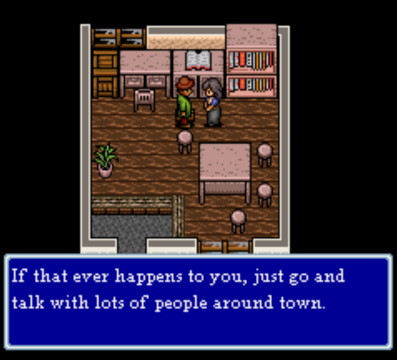 This is only how things ever happen in the game
This game is like Professor Layton but all of the puzzles are replaced by fetch quests where you are basically moving between NPC's after speaking to them in a certain order which triggers dialogue boxes and the odd cutscene. The info spoken to your character gets passed onto you and transferred between townsfolk where needed. Text boxes and routines will reveal more about the games mysteries. The influence you have on the people or gameworld are minor but still enjoyable if you can put aside how much recent games have done it better. 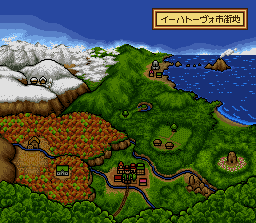 Fast travel enabled.
The game has surprises like a world map, sometimes collision detection auto-correction or the illusion of choice (replays may temper effects of illusion). Hardcore gaming101 described it as close to playing through a novels chapters, and has well researched insights into the authors short stories and invented terms which appear in the game, info that I plan to submerge myself in after finishing the game:
http://www.hardcoregaming101.net/ihatovo-monogatari/
I remember someone posting paid-for writing which was delcaring that games are not allowed to be boring anymore. Depending on how that sentence made you feel, you'll soon know if this game is for you or not.
You have played better RPG's or even simulator games but this one is a relaxing time which was the intent. The soundtrack certainly helps carry the tone. The author it is inspired by is a character in the game and many townsfolk will say you should go talk to him, only for the game to keep him away from you until you're ready. Five hours in is not counted as ready. 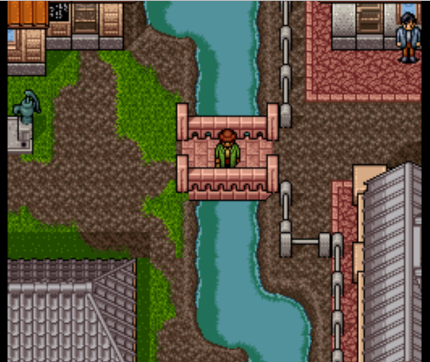 The imagination does play a role.
Like the authors work, this game is meant to be meditative. The old man you play as wanders through this small town, expecting to take pleasures from conversation, brief encounters with the busy lives of young people, stopping to watch the water flowing from under a bridge or ...err, going to a business run exclusively by cats who you can't understand (I expect you will gain the ability later). If anyone has ever read the authors work they will know it does not often have neat resolutions and can often be small slice of life observations on people and nature living together. 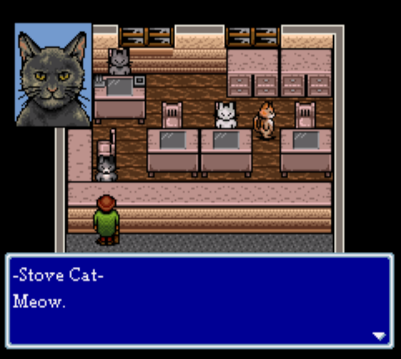 Murakami fans rejoice.
I read a nice little article about a college student who adapted Gilgamesh:
https://www.eurogamer.net/articles/2021-07-08-how-a-young-iraqi-developer-tried-to-adapt-gilgamesh-the-oldest-work-of-literature
So like Witcher 3, or Inferno, or Dracula before it, or even Conan games, literature has been a potent landscape for game development, partially because you can just be 'inspired by' and not directly adapt the page to screen and avoid literary snobs shrieking over diluted narrative. 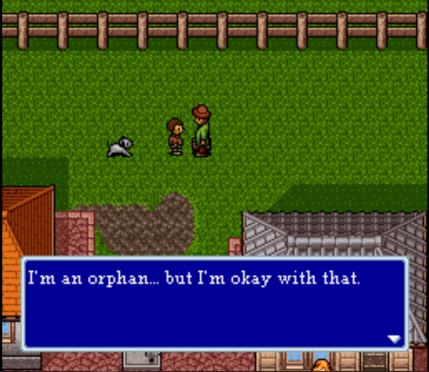 This kid would grow up to be a badass in another game.
The game is nice. It is an inoffensive, calming and colorful top-down little adventure that was targeted at maybe too specific of a tone and type of stories but thankfully our modern age welcomes these oddities or can at least breath new life into them thanks to fan circulation.
To the translators and on behalf of two and a half Miyazawa fans in my household, I give thanks. 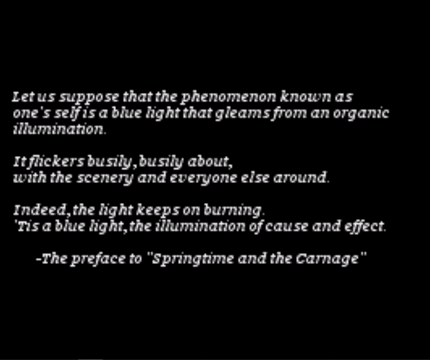 Extract from the game discussed, not me turning poetic on y'all.
Login to vote this up!