So here we are again. About two years later, all of the major content updates for FF14's Shadowbringers (ShB) expansion is out and we're heading into Endwalker, the final entry in the current story arc before the start of whatever 6.1 will bring us. So in 2 years and a pandemic, there has been plenty of ups and downs with the overall game.

Following up the events of Shadowbringers, the Scions and the Player Character has to find a way back to the Source before their comatose bodies waste away. But, Elidibus possesses Ardbert's body and begins awakening the Echo within many people. Elidibus is discovered to be the Heart of Zodiark, a Primal, and the original Warrior of Light. But, at the same time, the Player Character is confirmed to be Azem, the Wanderer, the fourteenth member of the Asian Council and that their special power as an Ascian is to summon allies to fight by their side, essentially the Duty Finder. With the help of the spirit of Emet-Selch, the Player Character is able to defeat Elidibus and seal him within the Crystal Tower. However, G'raha Tia, the Crystal Exarch, fully crystallizes after the fight. Luckily, his memory crystal thingy is still functional. The Player Character gathers the memory crystals of the Scions and brings them back to the Source, reviving everyone as well as the G'raha Tia of the Source who joins the Scions. 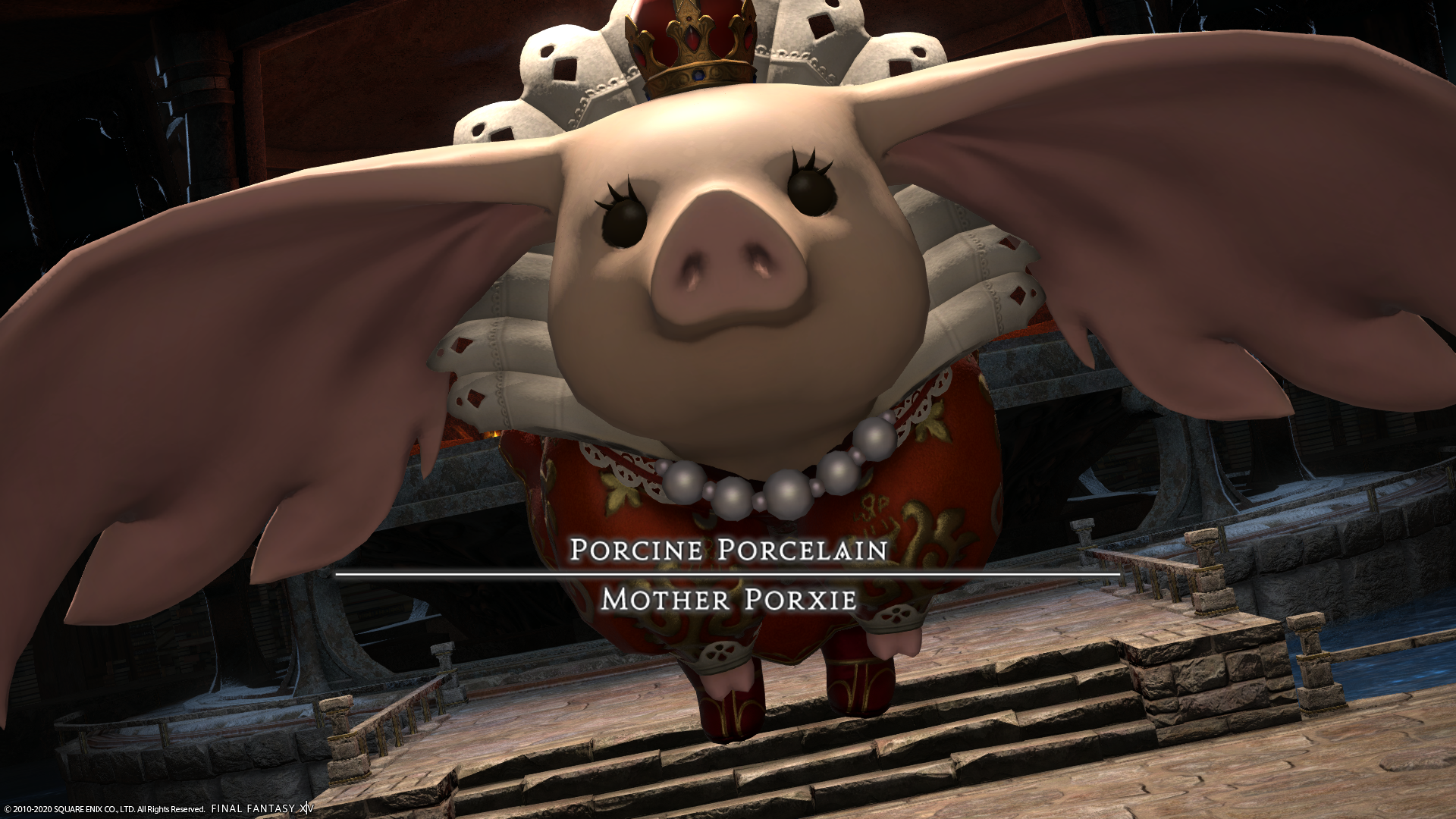 Shortly after, Fandaniel, begins his own plans to just destroy everything and summons Lunar Bahamut. Fandaniel begins Tempering people to be loyal to Garlemald as he summons more Lunar Primals. A way to cure Tempering is discovered. Lunar Bahamut is defeated with the help of an unsealed Tiamat. The Scions head to Old Sharlayan to try to find out what happened during the Final Days to prevent Fandaniel from recreating it. Zenos wields a scythe and is fighting with the intent of finding the Player Character once more. A strange woman warns the Player Character of what is to come.

I'm only going to address the major changes. It was pretty clear from the moment that the first major patch dropped that there were problems and the pandemic only made things worse. Luckily, they have been slowly addressing some of the problems though like before, I doubt enough of it will get fixed.

It took them three expansions, but they finally did something about Monk's Greased Lightning. The issue was that they just kind of got rid of that mechanic entirely and with long stun or forced disengage mechanics, there was no way it could have survived. The class overall still prioritizes positioning of alternating between flank and rear so that it has something unique about it when compared to the others that usually favor just the rear.

The level cap increase for the Blue Mage definitely adds a lot to the class. There's a lot more area skills so that you aren't resorting to the old suicide bombing and Ram's Voice to freeze everything. But sadly, they are still capped at level 70 right now and still don't have a queue for them to join. Their special challenges still rely a lot on using a few specific skills to deal with mechanics, making them more like puzzles than actual challenges.

For once, there is also a relic for crafters with the Skysteel stuff. Overall, the reworked Diadem is actually kind of nice if you enjoy the crafting and gathering aspects of the game. But if you didn't like it before, the changes they made don't help to address any of the problems you might have had with it. Crafting is still rather niche and not something that you're likely to get into unless you're a hardcore raider who needs the top of the line gear to push those raids as soon as possible.

One big problem with the game that was made far more apparent as 5.3 dropped was that the combined lack of indicators from the ShB expansion plus the use of similar attack names, the difficulty of casual content spiked for early attempts and became dull later on. This is most noticeable with Eden's Shiva and Fatebreaker bosses. Much of it relied heavily on trial and error, something that was far more akin to Extreme content and Savage content than normal. To top it off, they increased the health of a lot of bosses by a lot, making them just long, drawn out, and somehow even more boring. And once you figure out the mechanics, you will realize that most of the bosses are much more simple in design than the casual content in the previous raid, Omega. The Extreme and Savage content doesn't suffer as much from this thanks to them having more mechanics. 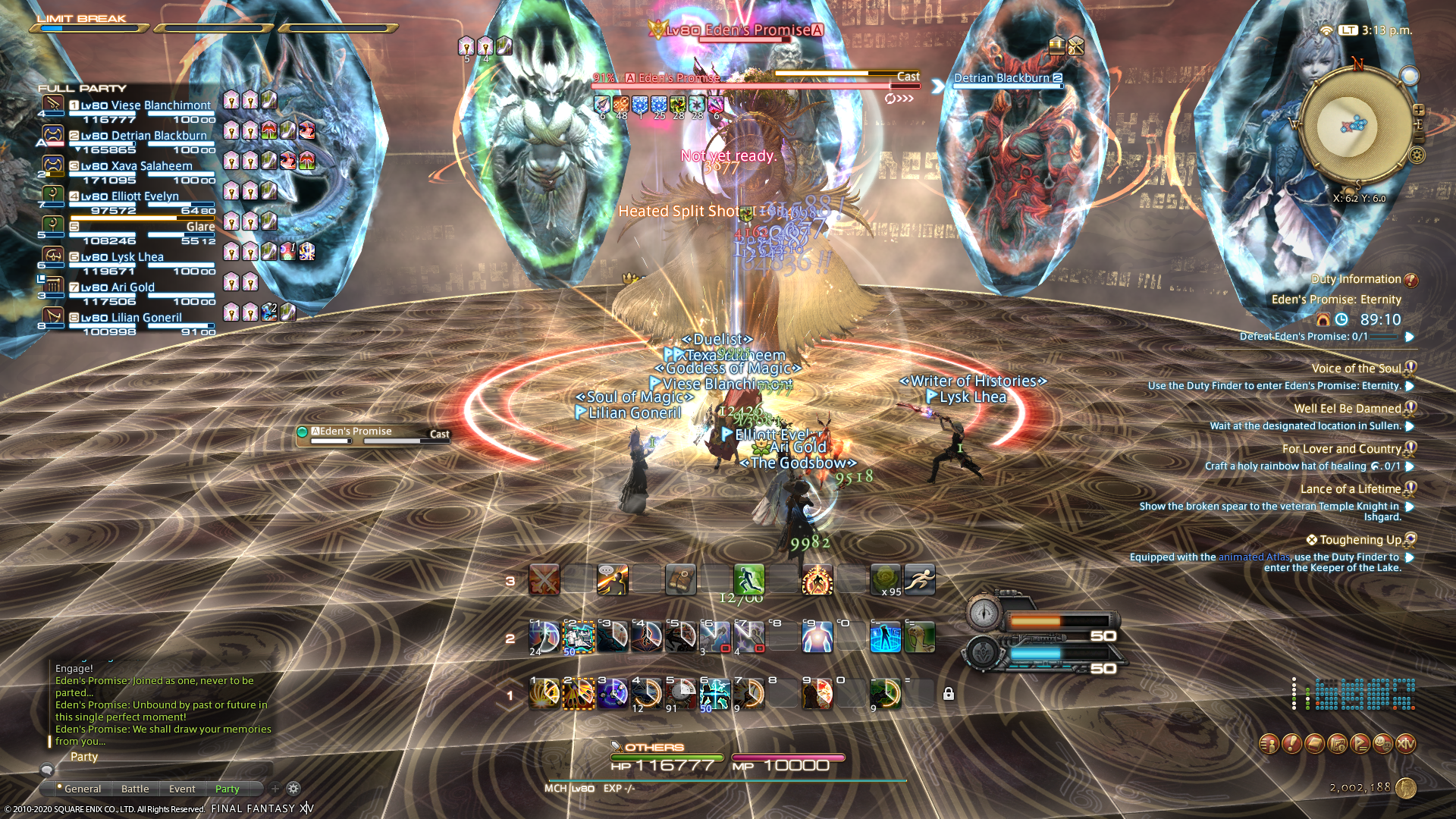 This extended to other new content they dropped inbetween as well, most notably in the Bozja content. Bozja suffered from a lot of guessing. Delebrum Reginae was definitely the worst offender thanks to two hits from mechanics instantly killing you. Luckily they took the time to work on 5.5 and fixed a lot of it for Zadnor and Dalriada so that there's less of a guessing game compared to the Bozjan Southern Front and Castrum Lacus Litore. Sadly, they never went back to fix the old stuff, so it will likely remain the way it is now.

The relics as a whole also lack the same open ended feeling that the ones from Heavensward did. It did give options for you to do it outside of Bozja, but Bozja was still a requirement for progression, which kind of defeats the purpose of it. And with how quickly Bozja was dying, it took Square-Enix exponentially increasing the reward while making the requirements outside of Bozja exponentially more difficult by being far more luck based. Considering that they wanted to be possible both outside and inside of Bozja, I would say that this experiment is another failure. Eureka was a failure like Diadem and Bozja was as well until they redid all the rewards. Yet, that was all temporary. Even now, Bozja is already a dead zone. And much like Eureka, it will certainly die off once Endwalker drops and become something you need a dedicated Discord for. 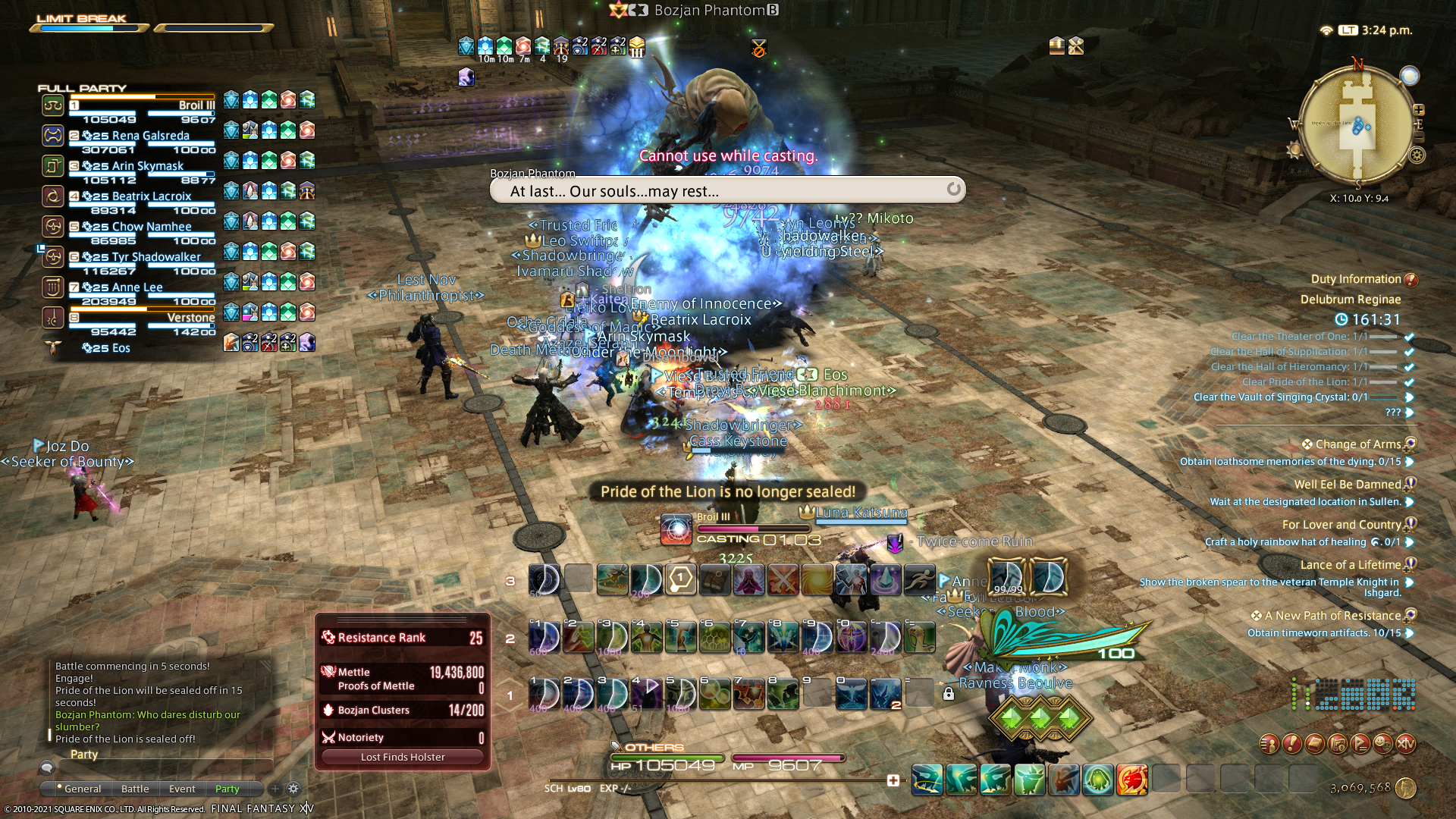 The good things like the story got better and the bad things like the overall content design got worse. So in the end, it kind of balances itself out. The endgame is rather disappointing this time around due to the need to simplify all the raid content due to the difficulty being almost entirely from the lack of knowledge and health padding. The relic this time around was also a disappointment because of them tying it to another Diadem like zone. If you lean more towards the hardcore side of games, there's definitely a lot for you. But if you're a casual or lean more on the softcore side, then there's a lot less. Still, FF14 is one of the best MMOs out there. It's just a shame that they sometimes forget what they've learned over the years.