Is it me or the games?

My taste in video games has changed. Genres that were once appealing to me have faded in favor of others. This is perfectly OK, in fact it's a good thing. Isn't it nice to know that you can always rely on strategy games to give you that mental challenge? Or a two-player platformer to bring that sense of excitement with friends?

But lately, the only games that interest me are old. I'm talking about games that were released ten, fifteen, or twenty years ago, sometimes even longer. This leaves me wondering if I've been sucked into some nostalgia wormhole for which there is no hope of return (very likely). And yet another part of me wonders if today's games are less interesting than games from years past (also possible). 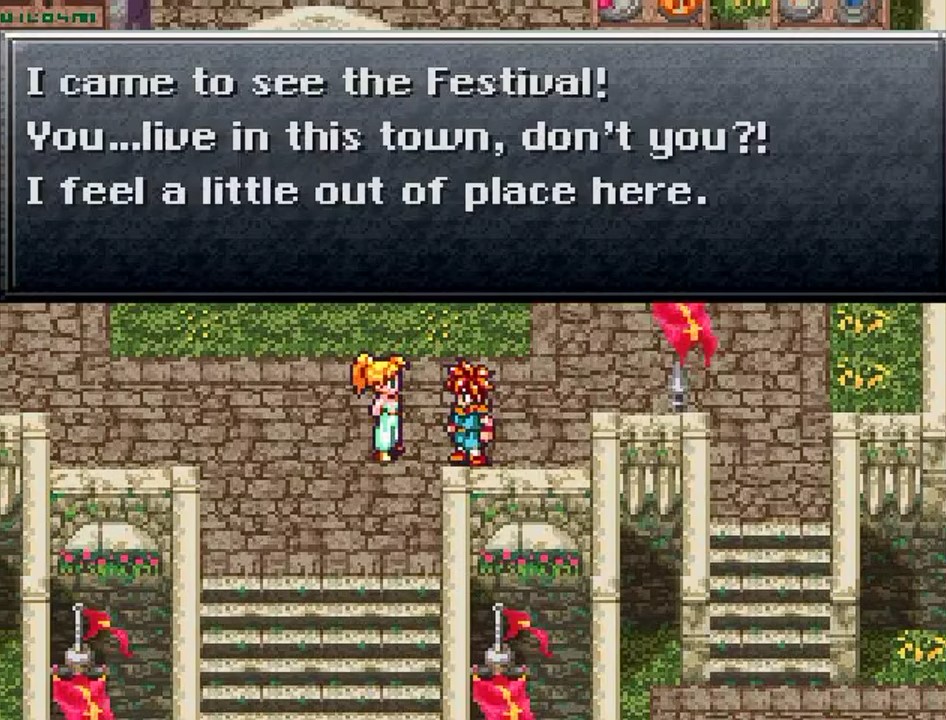 When searching for what to play next I find myself drawn to early graphics. Something about the pixelated art style just excites me. I'm not sure if it's the cartoony, almost child-like nature of pixel art. Or maybe it's just because many beloved games (early Final Fantasy and Zelda) have solidified pixel art as something that goes hand-in-hand with incredible gameplay.

Of course, this isn't always true. So many of these relics were difficult beyond belief. Sometimes that's a good thing. Maybe you want the challenge of the original Donkey Kong Country. But sometimes, old games are difficult because of poor development. (I'm looking at you, Jurassic Park: Rampage Edition!)

But it's not just the visual style that keeps bringing me to the past. The gameplay is also a big part of it. 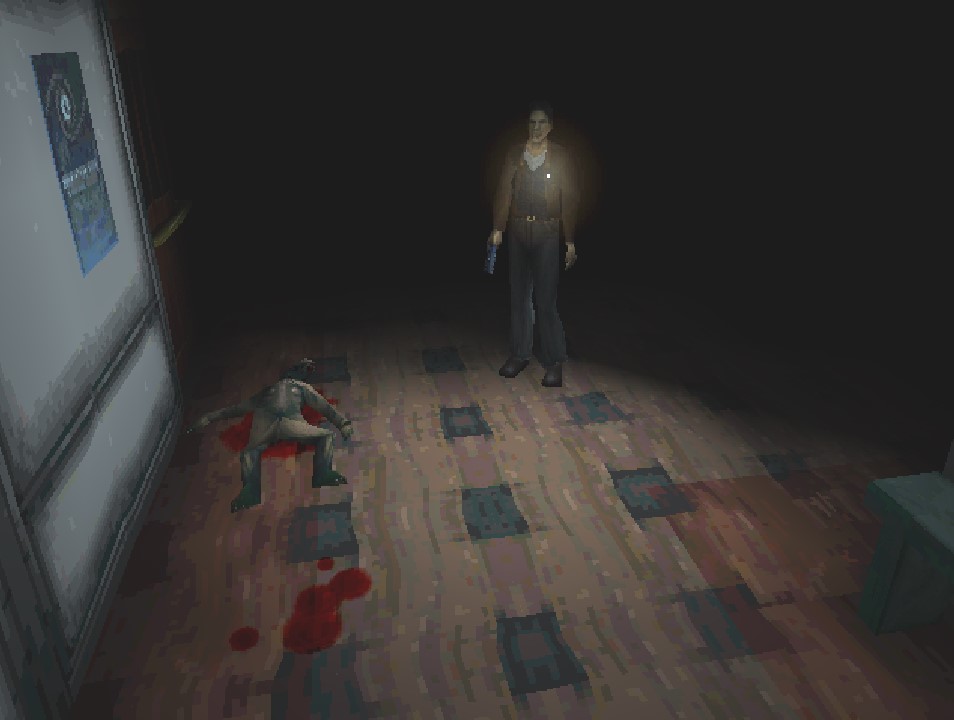 The Phantom Pain's Fox Engine was a true marvel. Its fluidity and tight controls are still unparalleled when it comes to third-person action games. I hate to say it, but I can't picture another third-person shooter having as much precision as MGSV, at least not until Konami licenses out the Fox Engine (hopefully).

Should we rely on decisions or reflexes?

But something goes missing with that level of gaming. Your mind goes into this sort of numb, reflex-driven auto-pilot. Your focus becomes secondary as you let your reflexes take over. It happened to me often while playing the Phantom Pain: roll, crouch, reload, aim, shoot, and sneak... A whole fluid process that requires no thought, only reflex.

This is impossible to do with tank controls, and sometimes that's a good thing. Any game that forces you to focus on calculated movement wins points in my book. It's the same reason why I'm a fan of static camera angles in games like Onimusha. Not knowing what's around the corner forces you to be focused. In that way, it also forces you deeper into the game world. 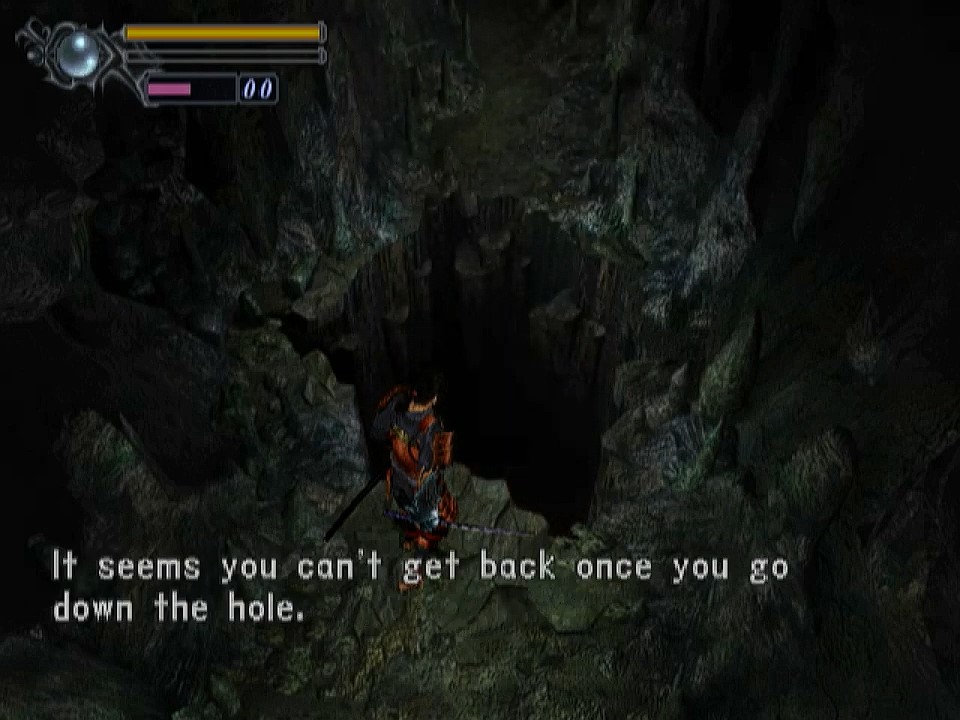 That level of thought and calculation is something I look for in games. It's why Final Fantasy Tactics is appealing to me now, and it's why I fell in love with Valkyria Chronicles a couple of years ago.

Maybe I'm lying to myself, but I don't think I'm seeing tank controls through rose-tinted glasses. I genuinely enjoy them.

Developers are constantly pushing the limits. Whether it's graphics or mechanics, video games at their very core have always been known to push boundaries.

Imagine in some alternate universe, technology developed at a slower pace. Let's say that that the PS1 JRPG style had lasted five more years than what it did. We would have wound up with an entire slew of PlayStation 2 JRPGs with pre-rendered backgrounds much like their predecessors. 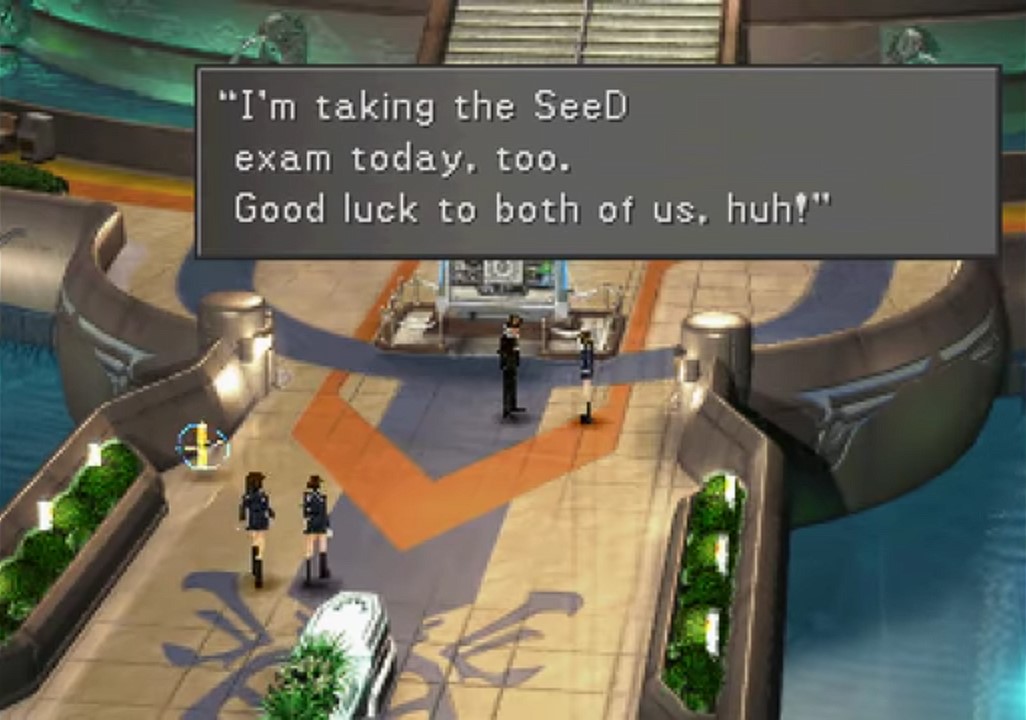 Alright, so maybe that was a bit of a stretch. But even still, there have been so many studios that put their resources into graphics, first and foremost. Sometimes I think with newer games, gameplay takes the side-seat over graphics, when gameplay should always be number 1.

I'm thinking about Ace Combat 7. I'd be lying if I said I didn't enjoy it. It was a wonderful experience with incredible graphics. It served as a deep homage to the classic Ace Combat games. It also pushed the limits, and even managed to create two different stealth-like missions. Stealth missions in a flight game, hell yeah! 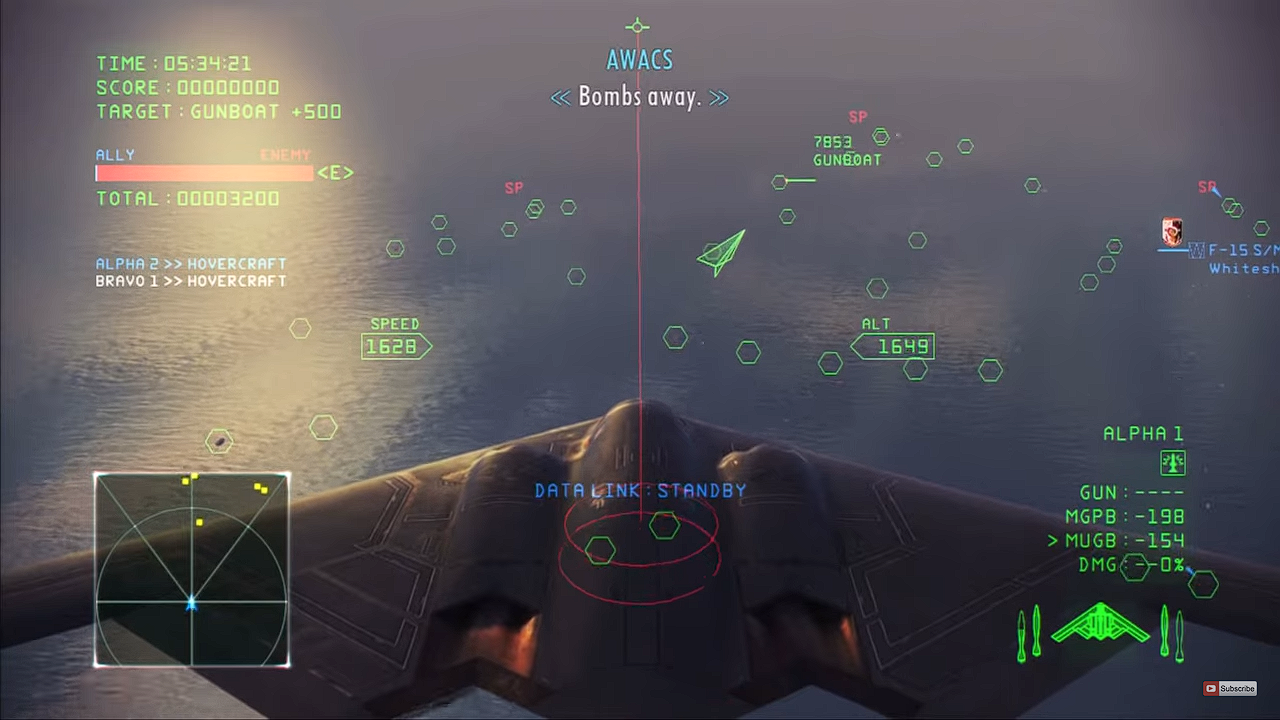 Also bots. Gosh-darn, I love me some bots. I do appreciate that Modern Warfare 2019 added the ability to play team deathmatch with bots on. But still, what about Ground War? And that brings me to another big one, why can't I play with bots in Conquest Large on any of the Battlefield games?

I'm also unironically a fan of early 3D graphics. When playing Silent Hill, the weird, polygonal faces add to the horror. It matters that you can barely make out the shape of their face. What the hell are those flying creatures? If you don't know, then it injects the desire to run away, and instills that fight-or-flight instinct. There's no telling what those creatures are, or from what biological entity (or otherwise) might have birthed them.

Syphon Filter is another example. It is still my favorite third-person shooter. Although it doesn't strictly feature tank controls, it does have certain things that I find very appealing. For starters, the game offers a consistent difficulty level that remains balanced through the entire trilogy. It tells a serious story, yet it maintains its actiony side without too much cheese. Also, it has guns. Lots of really cool guns. 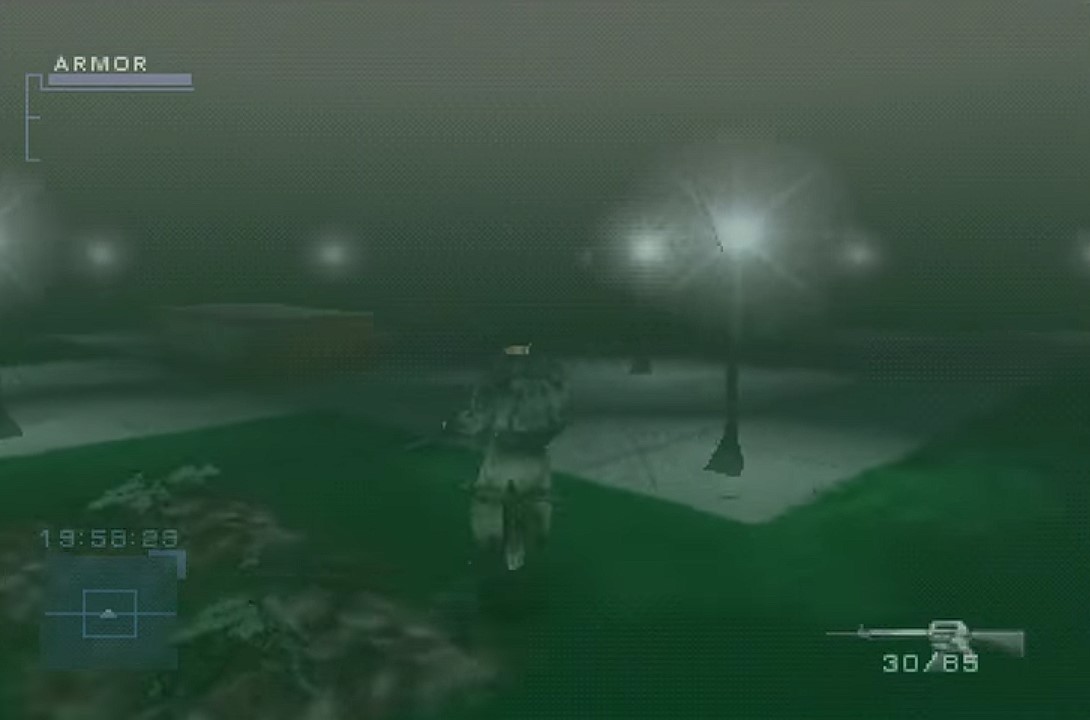 Games from the PlayStation and PlayStation 2 are what keep drawing me in. The last two games I finished were Metal Gear Solid 3 and Silent Hill, respectively.

That list is in no particular order. I only present it to give a clear idea of what is drawing me in. The newest game on that list is Kingdoms of Amalur, which first released in February of 2012.

I think the final indicator that new games had lost their appeal to me was during the release of the Final Fantasy VII Remake. You see, I've played FF7 at least five times (possibly more) on three different platforms. I've watched the entirety of a fan-translation of Before Crisis, just to increase my knowledge of FF7 lore.

Needless to say, I'm something of an FF7 fan. So how is it possible when FF7R dropped, I had no interest in playing it? 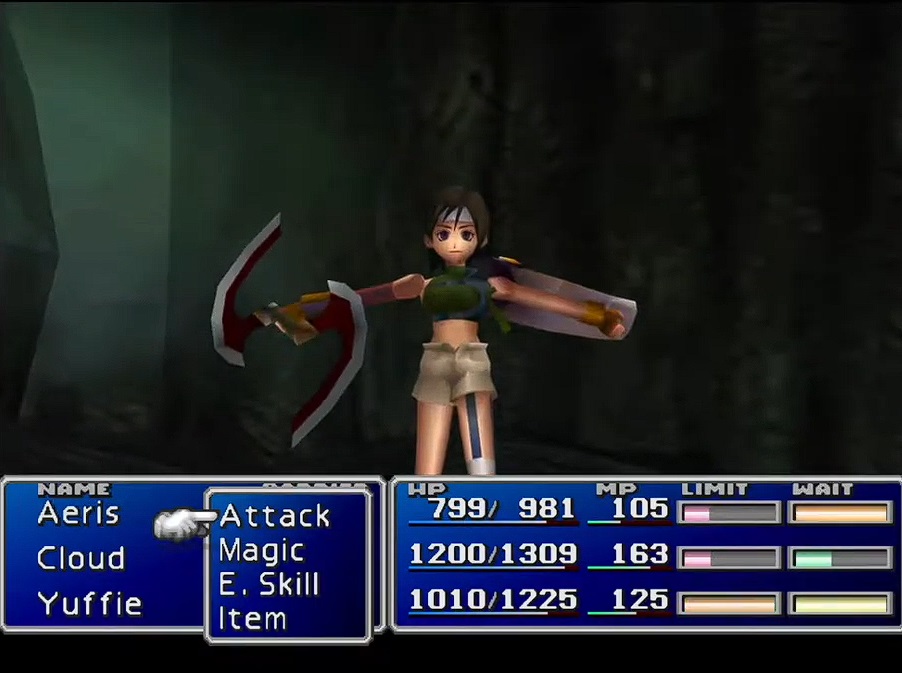 One of my best friends asked me this question, and the only response I could muster was, "I don't know." All the guys in my group were playing FF7R on release day. And yet I felt like I wasn't missing out on anything.

The truth is, I do know why I wasn't interested. When I want to play FF7, I already have that game. It's there, in its (mostly) untouched original incarnation. It has all of the things that I associate with FF7, like turn-based battles and silly polygonal characters. I didn't feel like I needed an updated version of this game. FF7 is perfect even with all of its imperfections, such as the spotty translation and the inconsistent art style.

Should I dive headlong into indies?

Maybe it's time to dive headlong into the indie world. I've played a bit of Rain World, which I won from a giveaway on Dtoid! I've also heard great things about Hollow Knight and Into the Breach. There are many newer games that serve up the traditions of old. I feel like it's time to explore some of them.

I've not abandoned new games. I just renewed my PS+ for another year. So that's more online gaming with friends and more freebies. However, I feel no rush to play the new stuff. I'll pass on open-world games and flashy graphics. However, serve me up a dish of lo-fi 3D and turn-based battles, and I can see myself being entertained for years to come.