Hi, you guys I started this blog to find the many opinions on Star Wars based content such as Comics, Video games, or whatever you can come up with, I'm open and listening, this Blog is open to everyone, whatever you find or post is fine with me, but remember this is for fun, to find fellow star wars fans

To start, my top 5 favorite video games are:

1.Knights of the Old republic

Let me know yours.

This Blog is solely based on Star Wars Content, I have been a star wars fan for as long as I can remember. I wish to let everyone know about star wars because it is a never-ending cycle, Star Wars has been alive since 1975 since George Lucas threw his wonderful idea out there for everyone to see. There have been Comics, Video games, movies that are known worldwide, Clothing, and the list goes on. I am here to give my opinion on all the video games and comics that i know about. Now I will begin.

If you are a star wars fan through and through, and reading interest you then Star Wars Insider Fiction collection is for you, it is a 144-page book with a lot of star wars legends stories going from the more noticeable characters like Darth Vader, Lando, and a somewhat newer group of characters known as Blade Squadron. if you're not interested in reading, there is plenty to find, such as video games which are in high demand due to their popularity. Movies are another topic people are diving into, the Skywalker Saga (Episode 1-9), the clone wars series found on Disney+, and for the younger fans, there is the Star Wars Rebels series and the Freemaker Series which is also found on Disney+.

Some Critics and people that play video games for amazing breathtaking graphics tend to ignore the games that redefined the gaming world, the star wars world of gaming started in the early 2000s with games such as Star Wars Knights of the Old Republic (KOTOR) then there's the Republic commando game found on ps4 store and a number of other places. These 2 games showed the storytelling can really blow people away in video games and at the point was considered as a game of the year in their own years. Republic commando.. what can I say, first-person shooting at its finest, with an interesting and compelling story as you follow a special group of clones.. but I don't want to spoil anything so ill keep it at that 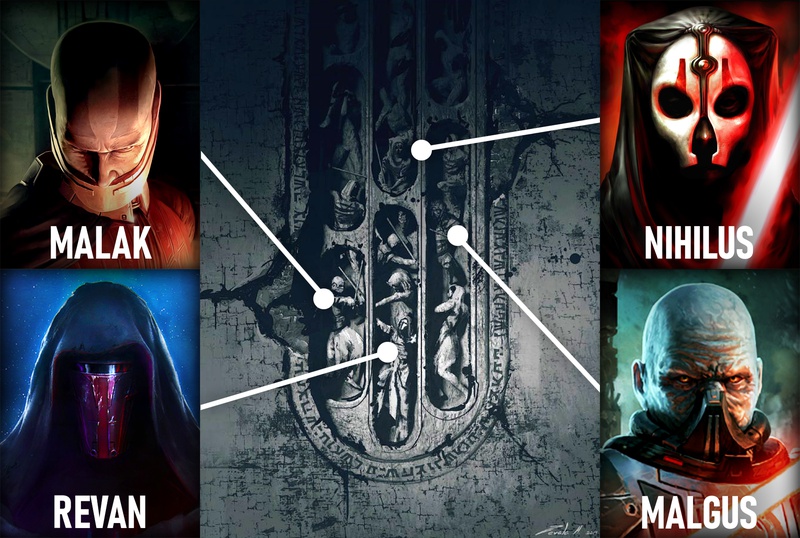 I was thinking, what do you guys think about this photo captured from Rise of Skywalker, Do you think that it is just out of nowhere or do you think that this confirms 100% that The Old Republic is now full canon. Let me know your opinion.

- May the Force be with you. Always