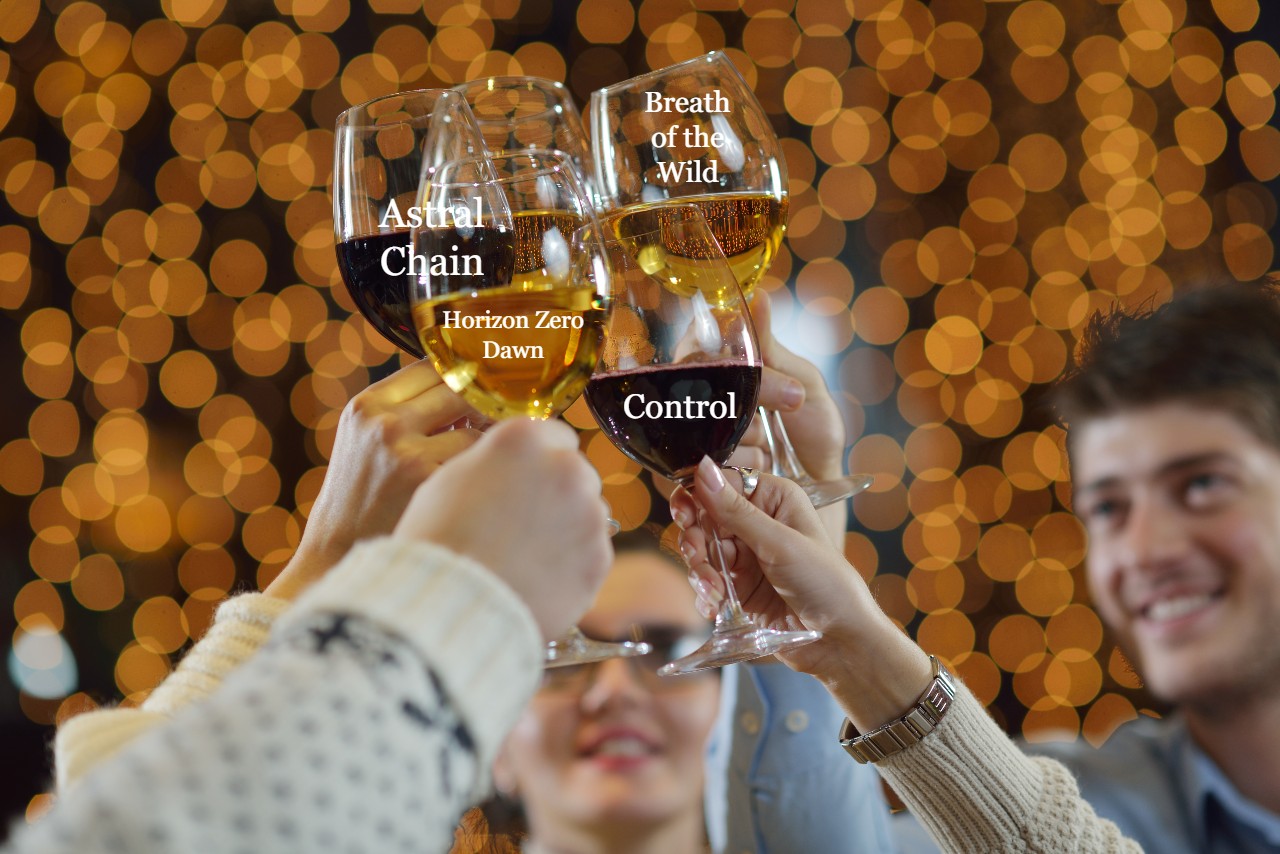 A nice steak and a glass of fine bourbon. A glass of white wine and salmon. Peanut butter and jelly. Perfect pairings have been a part of our lives since we could develop the concept of good taste. Beyond the food, world entertainment features its pairings. Double features have been a stalwart part of Americana cinema since the '50s and continue to this day.

"But what about video games?" we ask as we sit in front of our monitors or TVs overlooking our massive ever-growing backlog that seems to never diminish in size. How can I get the same unique experience with games? Is it even possible?

I am happy to tell you that yes, parings when it comes to video games are entirely possible and not only enhance the rich experience that comes with thematically similar gameplay but instead helps you build an appreciation for what you are playing and the amount of work that goes into crafting these digital worlds that we so gleefully inhabit. While everyone's pairings might be different, here are a few of my favorites that have not only helped me get through backlogs and finish the games that I buy but also develop a new appreciation for what I was playing and enhanced my overall gaming experience.

This one was entirely by accident as both games came out around the same time and I ended up playing them both before the similarities set in, While one is an FPS and the other a third-person action-adventure game, both carry the theme of struggling to survive against crazed maniacs on a sprawling island where you continue to face bigger stakes and become more powerful and adapt in combat as you progress. Playing both of these titles at the same time provided a melting pot of survival that still sticks with me to this day.

Getting the obvious out of the way that both of these titles were created by Platinum Games and both are super slick action titles, both once again provide a cyberpunk/ mech future where you must both slash and kill to win. Both feature similar settings where cyborgs, mechanical super soldiers, and giant mechs are commonplace and both feature high impact, fast-paced combat where whether you choose the path of the sword or the path of the gun, there's over the top action sequences, larger than life boss fights, and futuristic, but not too futuristic settings to do it all in.

Ok, so this is kind of cheating considering that Immortals originated via Assassins Creed, but this one is kind of obvious. Explore a large realistic ancient Greece world and then follow it up with a Greek world steeped in mythology. Two sides of the coin, the ancient world you've read about, and the stories and myths that forged it. It's a perfect pairing that makes for a memorable experience as long as you don't get burned out on the open-world gameplay.

What?! Another Platinum Game on the list? Sure. While both provide wildly different gameplay experiences, the overall theme and world feel so similar that if you told me one was it's crazy made in Japan spin-off, I'd believe you. Battle otherworldly threats, work for a mysterious shadow organization and get drip-fed a story that gradually reveals bigger things are in play and not everyone can be trusted. Classic supernatural thriller territory but still a fun playthrough nonetheless.

Breath of the Wild, Horizon Zero Dawn, and Nier Automata

This one is bending the rules a bit with three selections instead of two but hey, it's your pairing, if you want dessert along with dinner, go right ahead. Like several other selections listed above, these games provide a satisfying and similar experience of one person trying to survive and make their way in a post-apocalyptic yet beautiful and lush world. You face off against mechanical monstrosities, explore rich worlds where nature has claimed the former kingdoms of mankind, and learn how your place in the world is much bigger than originally thought. It's a triple dose of beautiful post-apocalyptic fun and worth playing together for a different look at worlds and civilizations long dead. 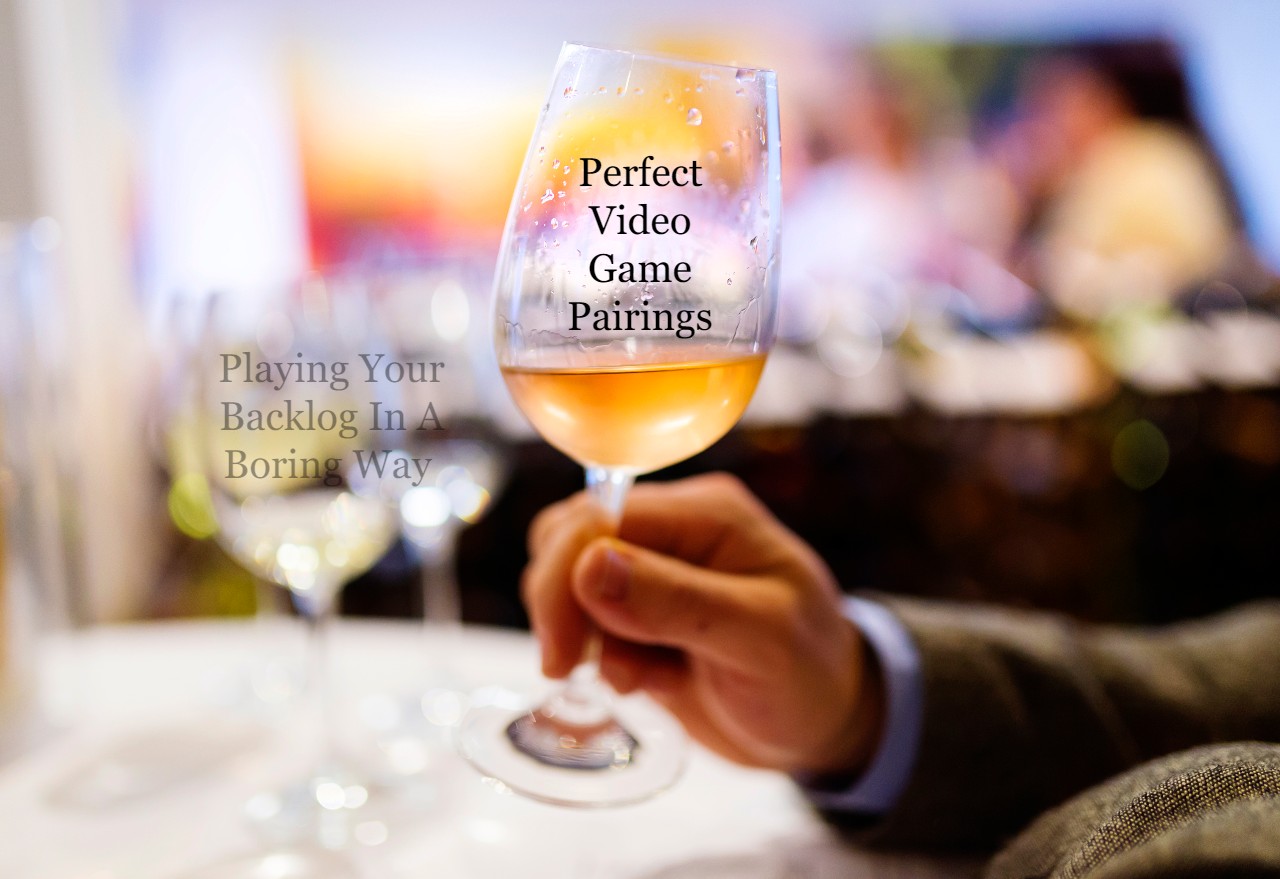 It's common for someone invested in video games to have more titles to get through than they have time for. Finding your perfect pairing prevents the burnout one can get from trying to finish larger games by giving you the ability to shuffle your choices around and letting you have some variety while still being invested in similar settings. It's a wonderful way to indulge ourselves and change the methodical, list-like process of clearing out the backlog into a way for us to connect with the worlds and settings that we love.

The beauty of this is that everyone's pairing will be different and unique to their tastes and for the most part usually won't be wrong. Want to combine The Last of Us and Enslaved: Journey to the West? Go for it. Want to start an epic tale in Ghosts of Tsushima and finish it with Sekiro? Sounds good. Want to play through Undertale and then follow it up with Earthbound and Mother 3? The sky's the limit, my friend.

If you have any perfect pairing ideas, let me know, I'd love to hear what you discovered goes well together.

For weekly streams on retro and weird video games, please follow me on Twitch.