Evaluating My Place Here (AKA Larx Kind of Had a Point)

Before you post a comment in response to the title I chose, please hear me out. I promise you, it's not all bad.

This blog will have been coming up on the 10th anniversary of my first blog post on this website. A site that's been around for 15 years by now. Several gaming websites have come and gone over the years (Joystiq, SarcasticGamer, 1up, GameSpy, GameTrailers, etc). So the fact that a website like Destructoid has been around for this long is really goddamn impressive. Especially one that's as sex-positive as this one. And to see that so many of my favorite gaming personalities (James Stephanie Sterling, Conrad Zimmerman, Laura Kate Dale, Ashley Birch, etc.) got their start from this website that many of us call home is incredible. And all the more saddening that, despite all the improvements that this gaming community has made over the years, it's still a gaming community.

I've gone back and forth on whether I wanted to make a blog like this over the years. At one point, I was offered a chance to write this anonymously for Destructoid, but decided against it because I didn't feel like going into certain details. Besides, I've always held my tongue on stuff like this because despite everything, I still really like parts of the community.

My initial draft of this was a lot more furious. I considered Larxinostic a very good friend on Destructoid for several years. So when I read her final blog post about how she felt and the mere thought that people could've possibly made her that upset, I thought to myself "Right. No more holding back." I was ready to put a large portion of the community on full blast. But I took some time to calm down, re-read the blog in full, read the rather heartfelt responses to Larx's blog, and refocus on my own experiences on this site. Ultimately, a lot of people are right to say that Larx tarring the entire community with a broad brush was undeserved. But I'd be lying if I said she didn't kind of have a point.

I still maintain that Destructoid is one of the better communities out there. I've said it many times before and I'll likely continue to do so. But let's face it, that's never been a high bar. It's still a gaming community, with all the toxic shit that comes with it. I'm not writing any of this to represent anyone other than myself, a gay man who's also a furry. I don't even call myself a gamer anymore. I dropped that label after the whole GamerGate shitfest back in 2014. All the harassment we all saw back then? That's always been there. I've seen that shit throughout the 2000s. We just saw it finally come up to the surface.

I think back to my Internet-surfing days as a teenager in the 2000s. For a good chunk of it, I was a hateful little shit. I was very homophobic and transphobic growing up. A lot of that came from the people I hung around and the media I consumed at the time. It wasn't until around 2006 when I both realized that 'oh wow, I think I actually really like guys' and then discovered the furry scene. A fandom that is actually inclusive. One that is overwhemingly queer and trans friendly. One that has been long before both of those things became more socially acceptable. If I hadn't discovered that in one of the darkest parts of my life, I don't think I'd be who I am today. All it took was interacting with people different to me and befriending them to change my world views. And that's something I can confidently say I never would've had if I stuck to gaming websites like Destructoid. Shit, I've only recently started to question the concept of my own gender. (I'm still a guy, BTW. I think.) If I stuck to this or any other gaming place as my primary social group, I probably would've cracked just as badly as Larx.

I've also just become increasingly anti-corporate overall. Ironic since I currently work as a data center technician for one of the biggest tech firms in the world, but I still am. Watching corporations get away with some of the most vile shit imaginable with no repercussions will make you completely disallusioned with these companies. And the sites that still review their games. So it's entirely possible that some of my bitterness towards the corporate side of things might've seeped in here and there.

With all of that said, saying the Destructoid community hasn't improved over the years is just wrong. The site's had more than one gay writer, at least one trans writer, and even a furry writer at one point. Having that kind of visibility on a place like Destructoid is really, really nice to see. And so many people here have been nothing but supportive of each other, even with weirdoes like me. But that doesn't change the fact that a depressing number of people in the community are still shitheads at times. Hell, some of the responses I occasionally get just for showing a picture of a fursuit is pretty exasperating.

I mean, for crying out loud. Posts talking about dicks, buttplugs, weird foods, and all sorts of nasty shit is fine, but pictures of a costume at a convention is too much? Really?? I'm not saying that to harp on QTOID posts. All this off-topic weirdness is why I like Q-Toid. But if you're going to tell me to stop posting stuff unrelated to video games while also being okay with someone posting a picture of a joke doll of The Perfect Girl Except She Has Constant Diarrhea (no really, that happened), then you're really reaching.

Please don't think I'm writing any of this to say that I'm leaving the community. I'm not. While I don't consider Destructoid my primary community, there are still enough good people on this site that I feel like it's worth staying here. And in time, I do think that sites like Destructoid will be even better communities. One of my co-workers put it best; we're neither good nor bad. We're a work-in-progress. We all continue to learn new things and better ourselves as people, but we're not perfect. And while I can't promise that I'll continue to make C-Blogs or even Q-TOID posts in the future, I'll still be around in some capacity.

Until that day, I'm gonna take a page out of SonicFox's book and be as aggressively furry as possible in gaming spaces. Because I know some of you hate this. And that only fuels me to post MORE. 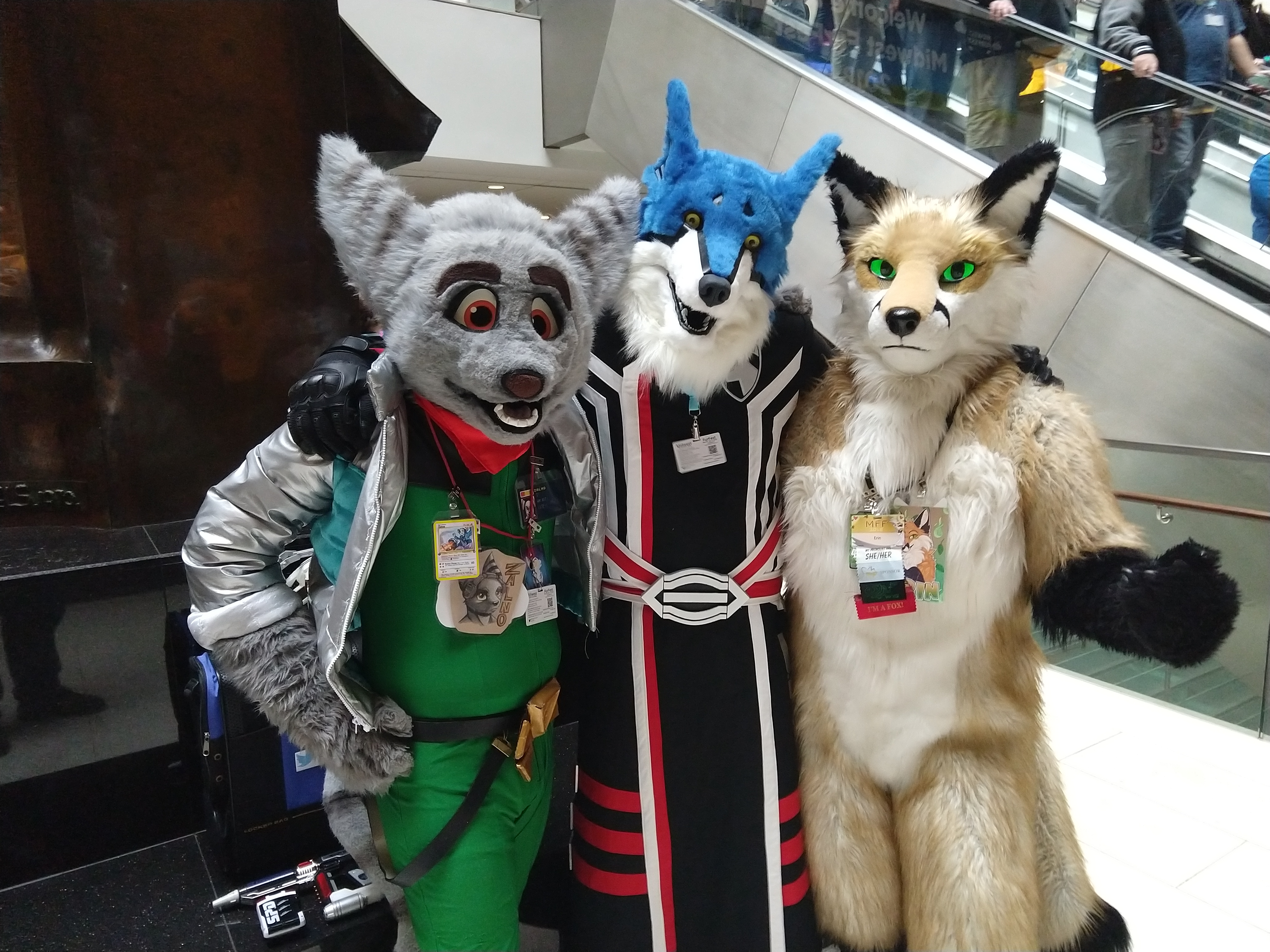