Danganronpa V3: Killing Harmony is a reboot of the cult-classic Danganronpa franchise. The basic idea is this: 16 students are brought to a school and informed that there is only one way out. To escape, a student must successfully murder a classmate and get away with it. After a murder takes place, a “class trial” is held to determine who the culprit is. It is like a darker, weirder version of Phoenix Wright.

To be honest, Killing Harmony feels a lot like the previous games. It is just more Danganronpa. To be fair, there are only so many ways to rethink the franchise’s proven structure. However, by sticking to the core skeleton of the franchise, the developers missed an opportunity to innovate Danganronpa’s basic premises. Perhaps I am just desensitized to Danganronpa’s ridiculousness, but Killing Harmony definitely felt like a retread of most of its predecessor’s central themes. That being said, new players will likely find V3 just as mind-bending as I found my Danganronpa game. Even if veteran players have grown used to the franchise’s tropes, and new players will find a lot of value here.

That being said, there are still some genuinely great parts of the story. Killing Harmony includes several radical plot twists, which triggered my surprise as early as the first chapter. Mid-game, the developers did a great job switching up the in-game environments to keep investigations interesting. The final chapter was particularly bonkers. Although the ending itself was quite surprising, I am still not sure how I feel about it. I won’t talk too much about it here, but it felt like there was a disjunction between the ending and the rest of the game. 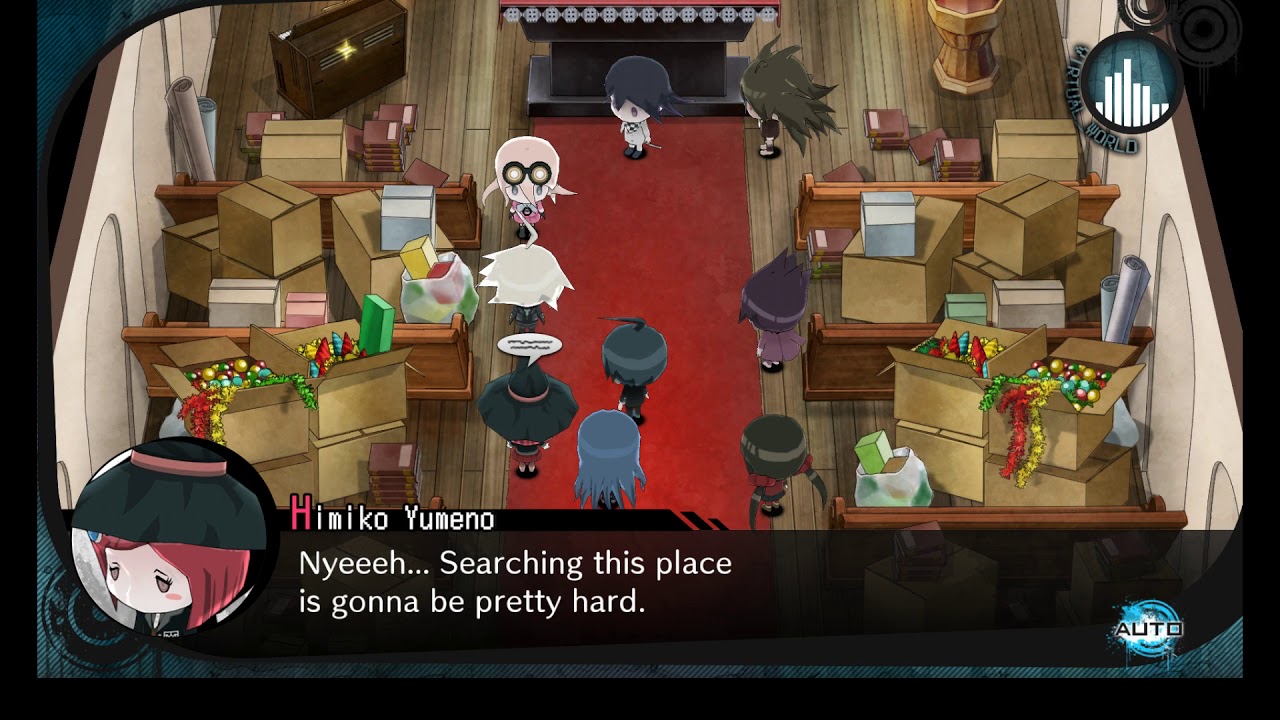 An especially strong feature of this installment is the development of characters and their relationships. V3 does an excellent job at fostering empathy for nearly each participant, including the perpetrators of the in-game murders. In the previous games, those responsible for the killings were generally (rightly) ostracized. In V3, however, my moral compas felt regularly unmoored. Most deaths in the game were not malicious. It was difficult to root against the perpetrators when the game frequently introduced compelling justifications. Killing Harmony’s characters and interactions might be some of the best in the series.

Nevertheless, some parts of the story were genuinely weird and unsettling – in a bad way. The game went a little overboard on some of the sexual content. I’m no prude. I have no problem with entertainment having adult content if it fits into the story or if it adds value. In V3, however, the sexual references were so frequent and over-the-top that it felt like this dialogue was written by a middle-schooler. There was just some really weird stuff that added very little value to the game; it was distracting at times.

While V3 introduces several new minigames to the franchise, their appeal was varied. I loved the new Vegas-like area that the developers added, which featured several excellent minigames. The new brick-breaking minigame was particularly fun. However, other games – specifically a racing minigame that occurs during the trials – felt both arbitrary and unconstructive. If a minigame fails to introduce key new insights at the trial stage, it shouldn’t be included. Some minigames felt forced and unproductive.

Overall, Killing Harmony is a great new entry in the Danganronpa franchise, but it does little to switch up the series’ core structure. Frequently, V3 felt like it was retreading some of the same tropes of its predecessors. That being said, this entry has its fair share of great content. There were several genuinely shocking plot twists, including an ending that was quite thought-provoking. The characters were strong, as were their relationships. Killing Harmony doesn’t reinvent the wheel, but it is a strong installment for franchise fans and newcomers alike.