I don't think Goldeneye really needs much of an introduction at this point. Even if you're someone that hasn't seen the 1995 movie yet (like me), we've all heard the whole spiel by now. It's one of the most influential console FPS games ever made, it's still incredibly fun to play, it boasts tight level design and difficulty settings that actually do something meaningful over simply adding BS bulletspongey enemies that tear through your health bar within seconds, it paved the way for Perfect Dark and the Timesplitters series, yadda yadda yadda you get the point.

Its a shooter whose name holds a ton of weight, enough that Rare worked on a remake of the game for the Xbox 360, although that was unfortunately scrapped in favor of a multiplatform, Eurocom-developed reimagining of the N64 classic. It definitely doesn't hold a candle to the original, but it was still a pretty fun game on its own merits.

We aren't talking about that version of the game today, though.

Released alongside its Wii counterpart was a version of the game tailor-made for the DS hardware, though you'd be forgiven for not knowing it existed since Activision just uncerimonously dumped it on the world without so much as a peep, save for handing out review copies to certain websites. And boy howdy, is it an experience. 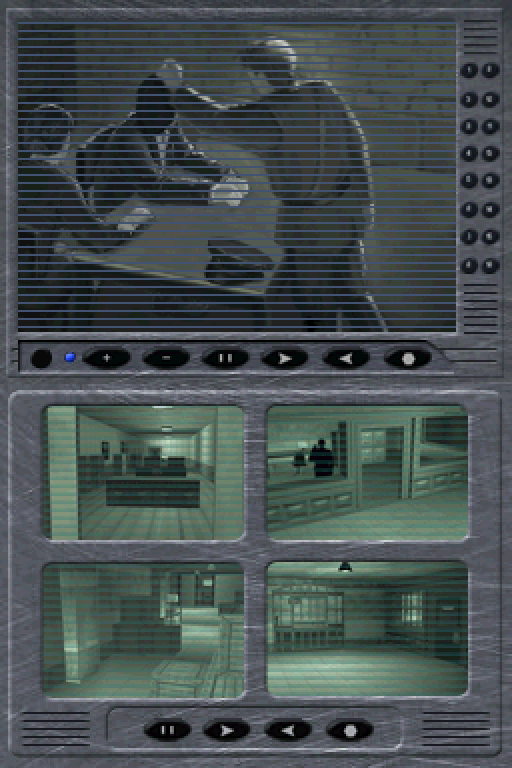 Developed by N-space who also worked on the DS versions of Call of Duty, Goldeneye on DS is nothing short of endearing. While N-space's prior efforts felt more like "side stories" to put it nicely, Goldeneye instead tries to replicate as many aspects from its home console counterparts as possibly it can, preserving most of the story and keeping the voice actors performances in tact, all the while cramming it onto a single DS cartridge. Some sacrifices had to be made of course as certain cutscenes are just a series still of images and some levels were either cut or were heavily trimmed in comparison, but beyond that it's incredible how they tried to preserve aspects from Wii version.

And to give credit where its due, there's some interesting quirks to this version, like touch screen only minigames, an unlockable time trial mode with cheat modifiers once you complete the game, and certain levels have their own gimmicks and approaches to them. There's a section exclusive to the DS version where you'll have to find oxygen masks, and there's a fun gimmick where to open up a blast door, you need to open and close the console itself. There's also a control scheme that lets you to use the ABXY buttons for aiming, and since you can rebind the controls with an emulator you can basically set up something close to a dual analog stick set up. 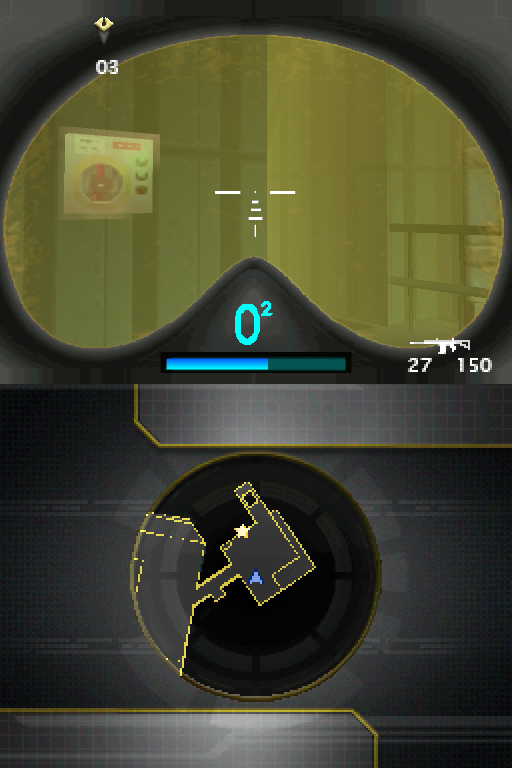 Goldeneye DS definitely has a lot of charm to it, like its low-poly 3D visuals, which with the game's CoD-style gameplay makes it feel like a playable version of those demakes you see on YouTube. You know the ones, where it sort of feels like it could probably pass for something from that era, but not quite? That's the best way I can describe it, like this weird middle ground between an old and a modern game. But as adorable as this portable shooter is, it has a ton of flaws to it, the most notable one being the game's framerate. The DS wasn't really meant for 3D and it shows, as certain parts can chug even on real hardware. The cuts made to keep a steady framerate like the small, almost hallway-like levels help somewhat, but it still makes you wonder how things could've been different if it was made for the PSP or the 3DS instead.

The shooting also doesn't feel that great either, guns have a ton of recoil and compared to the N64 original they sound fairly weak with enemies that don't react much to getting hit. And while you do sometimes have the option for taking a stealthy approach you're gonna be doing a ton of shooting for the majority of the game, which can get stale long before you reach the halfway point. 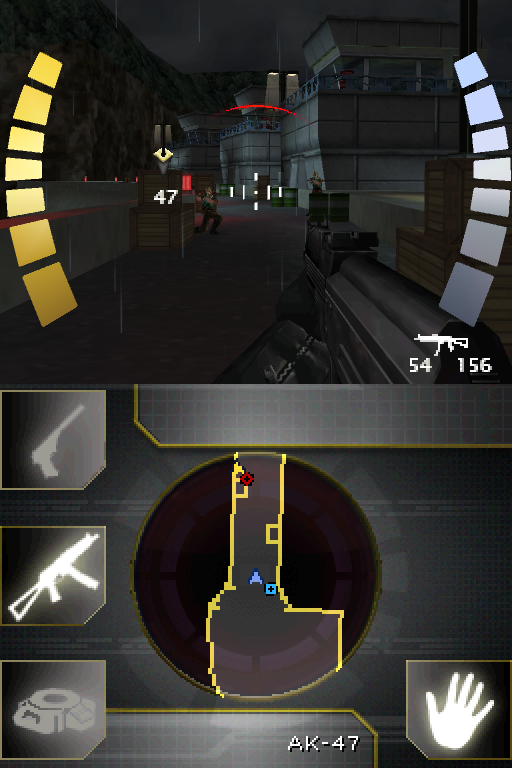 There's not much incentive to revisit the game once you've beat it either, the highest difficulty setting doesnt add any extra objectives and only gives you less HP, the online multiplayer was dead even on release, and the collectable intel scattered throughout the levels doesn't do anything but unlock some concept art. It's a one-and-done, fairly blah campaign too, it's hard to imagine anyone revisiting it for a second playthrough years down the road.

But with all that said it's hard to be too harsh towards Goldeneye DS considering the hardware it was on, by all means it's something that shouldn't have existed, and yet somehow it does. Back when it came out it was the absolute worst way to experience Goldeneye, but nowadays it just stands as an adorable relic of late 2000s handheld gaming. By no means is it worth tracking down a physical copy, but it's worth checking out clips online if you're the kind of person that loves weird ports.

The Whore of Babylon   3