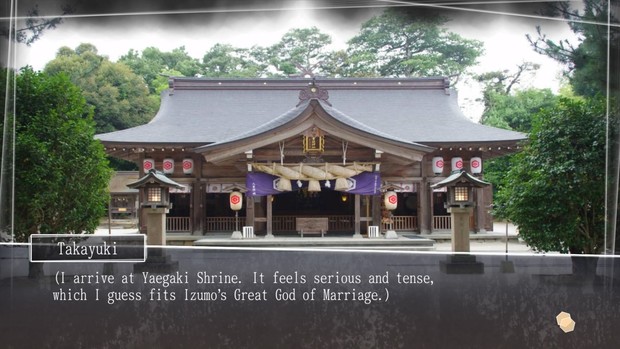 At one point these blogs were a semi-regular way for me to unload my thoughts on a hobby I grew up to love. I'd refer to them as brain dumps and they were mildly therapeutic ways to kill time. While it's been a number of years since my last confession, I figured I'd pick up things from where I left them off.

From the title I'm sure you can surmise that I owe Kadokawa a bit of an apology. A few months back I sort of ripped apart the Airplane Stationary ending for their first game √Letter. I'm not sorry for the words I said as I do still believe them. More that I actually reached the point of being upset enough about √Letter to vent how I did over what I'd just played through.

There was some legitimate anger after I completed √Letter and so I wrote that blog to process it all. Not my finest work I will say as it came out in a jumbled mess because I couldn't quite pinpoint why I was so dissatisfied by what I'd just experienced. So like any functioning adult I took a minute to sit down, reread what I had written, and legitimately ponder why exactly I was upset with it a day after it went live. It became quite obvious once I looked at the root cause. 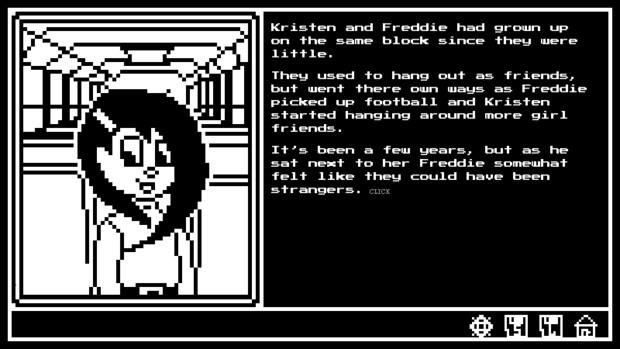 I was upset because I felt I had made a game of similar style only to end up not enjoying it when I played it. It's not jealousy, I don't think as I know my game doesn't hold a candle and I'm ok with that. Just disappointment being projected on to something so much shinier and prettier than what I cobbled together in two weeks. Then I remembered that this was Dario Fuji's first game project as a writer and Kadokawa Games as well. With that in mind I began understanding the game's errors.

Despite my criticism, I legitimately enjoyed the way the game presented the story via an exploration of a town and didn't even realize why after I spent a week meeting up with people. It was just like the 8 day calendar system I scrounged together but in a much more refined way which I genuinely admired from the game. It obviously didn't pay off in the end and I started to think about the struggles I had with my ending. 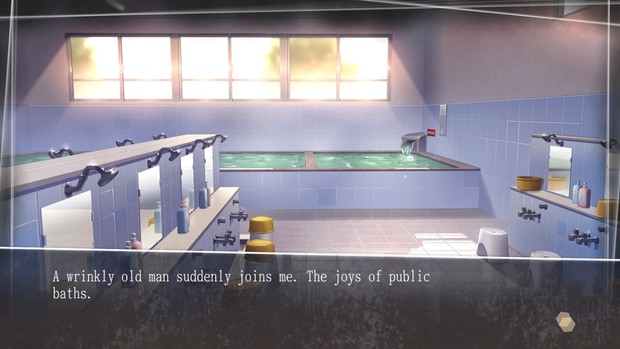 The formula is easy to lose yourself in while establishing events, but tying the events together in the end is such a hard thing to do. It is easy to input too many pointless events that distract instead of add to the story. The strict adherence to the dialog choice system can create a disconnect from the logic of the choice and the exploration the game is attempting to create.

So I am a bit sorry for aggressively moaning about that one ending of √Letter. It wasn't a good ending, but now I can see where they stumbled to get there. Game development is hard. 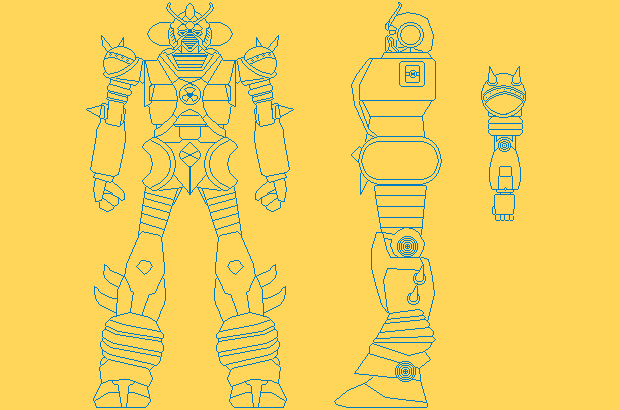 Art I won't be using in game

Since I'm not used to writing under 500 words I guess it's time for the actual brain dump section of this blog. I've been attempting to work on my 4th visual novel. With each novel I make, I try to accomplish something while mostly fumbling about and tripping over myself to learn how. My first game was just trying to get pictures on screen as I wrapped my head around the code. My second was to create options and menus so it felt like an actual game. My third was to create variables so it felt like the player could actually experience a goal. With each game I've tried to up the learning curve and somehow manage to craft something I didn't completely loathe.

Now I'm messing about with screens while upping the difficulty level in design creation which has had the unfortunate effect of slowing my interest in crafting it. Then of course things tend to distract a person. The big freeze caused my pipes to explode Valentine's weekend so I've spent the past month distracted by construction and insurance. Though at times that feels a bit of a scapegoat. At this point I have the bare bones of an engine running, but asset creation is just daunting while I struggle with working on trying to get better at pixel art. Since I'm a research hound, it becomes difficult when you stumble across 30 year old games with backgrounds and UI that make your jaw hit the floor.

In this I have found a new appreciation for pixel art. I'm not sure how people do it these days (I'm running on a version of photoshop old enough to drink), but it's just amazing to play some games like Wargroove and observe the hours they must have spent animating and crafting. 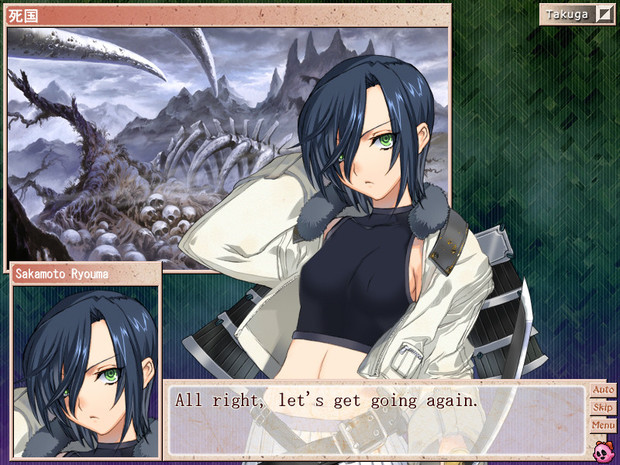 While I'm still in my rut, I've been burning through some games looking for inspiration. I played a few AliceSoft games and was actually surprised by the fact that they were decent games. Visual Novel Database had Sengoku Rance highly rated and I'd have to say that it legitimately deserved it. You know if you can hand wave the awful human being that is the main character you will find the battle system and events worked about as well as you would expect from a Nobunaga's Ambition game built in a visual novel engine.

Since it's an adult-only title I guess I should add that it's really not worth the time if you are looking for something to cure your loneliness. I have no idea how I would code a game like that so it really shocked me at the creativity. Then I found out that each game in the franchise is different and I just became impressed that a company making naughty games is willing to put the effort in to mix it up each outing they take. The question is obviously "why," but it's also  pretty obvious the answer is "why not?" 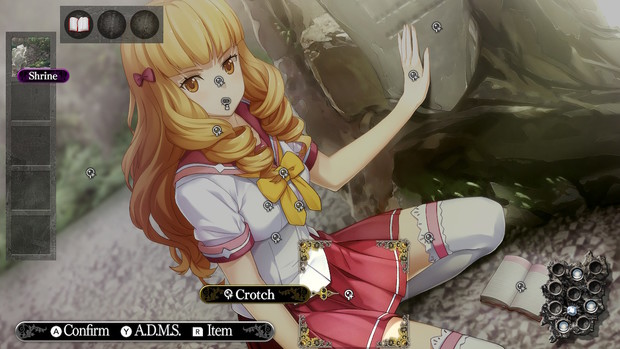 I then tried Eiyuu Senki and was impressed with the way they set up their event system by basically circling back around and around until the player clears the missions. The game goes on for waaaaaaaaay too long though and was a distracted mess with too many characters leading to inconsequential story events. It however was a good experience for me as playing it gave me an idea for how I could make a game similar so I'm excited I checked it out.

Before being frozen out of my house I started a play through of Yu-No which is largely considered one of the most influential adult visual novels. You can see it's brilliance even in the remake as it's an adventure game that uses your movements to shift the story which is a bizarre way of doing things and certainly unique today but even more so for when it came out originally. The remake nerfs the nudity but also tends to struggle with it's character depictions as artist Nagi Ryou (Ar Tonelico) is extremely talented but ultimately has little facial structure variation leading me to confuse two people as brother and sister on first appearance which really raised an eyebrow when the "brother" had a crush on "sis."

I kinda want to hop back in to it, but that will be a while away it seems. It's a shame we didn't get the PC-98 First Print bonus here in the west as I would have liked to compare the two.

This seems to be getting a bit wordy so I guess I'll end this on something odd. When I quickly threw together my second game, I visualized a world of game cartridges that were abandoned. In it was a foreign game that was hidden in the upper corner I code named Haka. In my mind it was a foreign game somebody turned in and was virtually unwanted in a land that would never be able to understand it like so many anime games I once saw hiding among the shelves at a used video game shop that closed during the pandemic.

I thought about what would have been the most ridiculous anime game to ever be created during this era. So it's basically Grave of the Fireflies the Video Game. It was a dumb thought just to throw into a dumb game, but apparently I wasn't the only one that thought of this. Last week somebody hacked one of my favorite games from childhood Adventure Island in to Grave of the Fireflies.

I chuckled with laughter stumbling upon this featured on Romhacking.net's front page a few days ago as I witnessed a ridiculous idea I had fully realized by someone I'll never know. I needed that chuckle and it reminded me how creative this industry and the fans inside of it have become. 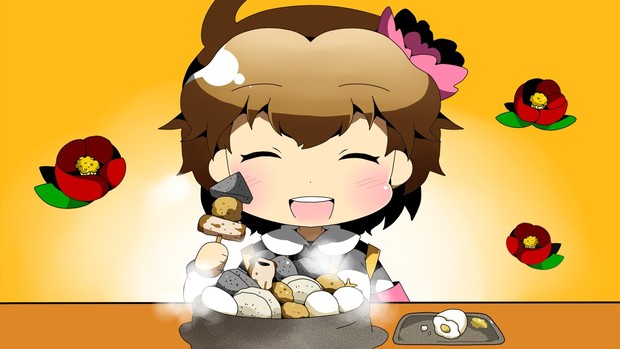