Diary of a part-time robot: 15 years of Destructoid

That's longer than most people go to school.  Damn.

Looking back, it's been messy, confusing, wonderful blur.

Thank you for reading Destructoid. 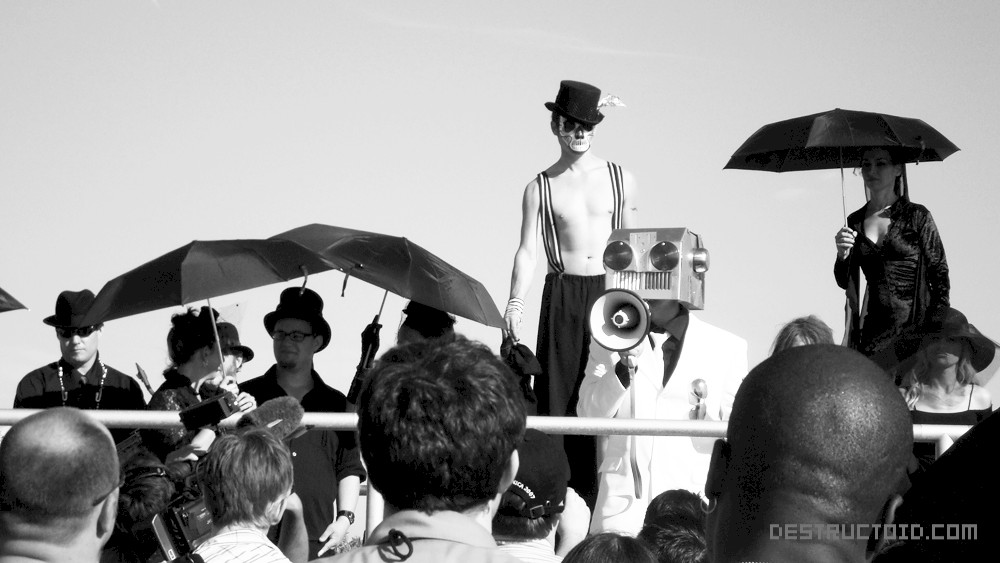 Pictured: That's me in the helmet, "eugooglylizing, the one who speaks badly at funerals", at the death of E3. I'm not a class clown. But in that helmet? Fearless.

Some fifteen years ago it was widely debated whether or not the industry needed E3 at all. Do we need E3 this year?  You know, that would make a good blog. Someone that does videogame blogs should say something. Some things change, and yet others stay exactly the same.

Well, yes. I made a blog to sneak into E3 as a social hack after being denied entry. It's on Wikipedia, so I won't bore you with that old story again.  Here's a different one: Look at epic photo above.

A bullhorn!  A robot in a suit!  Those costumes!  What were they doing? This was my second E3. For the founding cast of Destructoid, that photo above was an important moment that helped cement 15 years of a Rebel Alliance. This was an E3 funeral organized by Mike Wilson, a wild and crazy guy who would later go on to create Devolver Digital. That event was his idea. I wasn't even supposed to be on that Malibu pier shouting down. But they were asking for volunteers. "Who would like to say something?" and my hand automatically went up.  "Let the robot speak!"

On that beach, in that moment, in that stinky sweat-soaked helmet made from air conditioner parts (those ears are measuring cups from my kitchen), I was laser-focused with my intent.  I had the whole gaming press in front of me, I had to get up there and say anything. I talked about Rick Astley, shat on the ESA, and then shilled my site. Hard.

The helmet gimmick only got me so far: When people came onto the site it had to be good. Destructoid went on to literally serve billions of pageviews and petadoges of tough-but-fair coverage on them, E3, and everybody else. At that event and every event after, we did the real work. The confusion of it all was starting to lift. Destructoid still has one of the most rigorous standards for reviews and editorial coverage. If we like a game, the industry is happy to tell their customers about it.  We got to meet some of our heroes and (when we have good news) still seem really happy to hear from us. 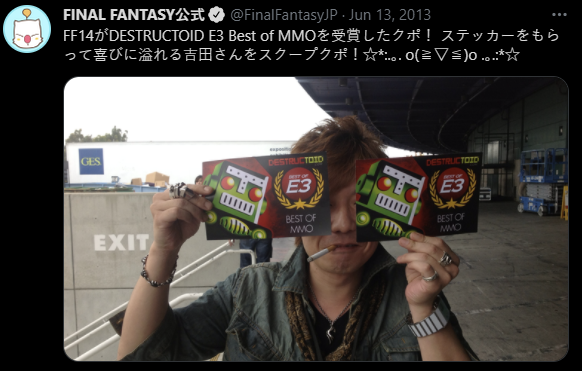 That happened. Naturally, I'd end up living up living here. I love Japan. TGS customer day I'm happy to skip.

Thank you, Mr. Destructoid, bizarro niero, my out of body hero

What am I most proud of? I suppose the legacy of it all. Kids will say Destructoid is old media, or legacy press, as if we've graduated and have lived long enough to become the untrustworthy enemy, and that's hilarious on its own. We won some awards back then, and we're on a lot of accolades now. We're established. That's so incredibly hard and just a testament to how stubburn we were on making it. I'm extremely proud of our robot appearing in so many videogames, as well as being scandalously removed on some after a bad review. I'm proud to have spoken at all those conventions, and in general unifying people. I'm proud of all those crazy parties we threw. People walking home arm in arm because they also found their people, I'll never forget that stuff.

If Destructoid helped support fringe gamer culture that in the early days of the Internet, I'm extremely proud to have been a small part of that. We were not the first gaming site by far, but were among the first to unapologetically put a stake in the ground that gamers had arrived.

I was inspired by G4, Chuck Klosterman, and a dozen Gawker writers who seemed unafraid of peeling everyone's skin when it was justly deserved. Every morning and every night I read off-kilter blogs on Technorati, like UK Resistance, gonzo stuff from a British man who was obsessed with Sonic to an unhealthy degree. The word 'meme' hadn't been popularized yet, but the work was being done. Those early sites felt important. It was familiar because I knew the signal. As a foreigner in America, I found my first friends by showing people that I really knew my videogames. My games were my bridge to a social life. When I started Destructoid I had totally forgotten that I had made this incredibly elaborate videogame club as a child, and 20 years later all that stuff just came rushing back out. I'd been preparing for this gig my whole life.

And now, kids don't want to be rock stars. They want to play Fortnite for a living, and the best gamers live in giant mansions. Unreal. 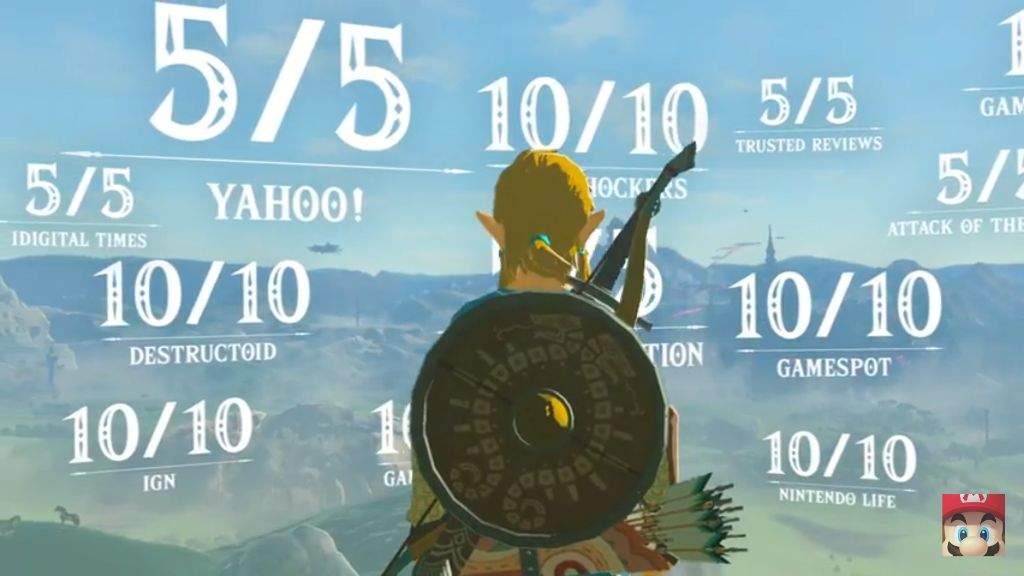 I nearly fell over when I went to Gamestop and my company's name was on posters everywhere inside. The guy at the register didn't believe that some unwashed bro like me was responsible for that until I showed him the company name on my debit card. "Sir, this would be a very elaborate lie"

My advice for anyone, whether its journalism or twitch or esports -- the short version is that you have to want it more than anyone else. When you look at people like Jordan, who started as an intern and now runs the site, or Chris Carter, who also built his own site and merged forces with us -- they put in the time. Those guys are champs. For me, I made a calculated move from a great day job, sold all my possessions to really make Destructoid happen. And even then, it was really hard to boostrap a web site of this size.

Some may say 'well it was easier if you had started 15 years ago' and I would argue it's never been easier than now. Back then gamers were roasted by pop culture. Freaks. Now brands are lining up to sponsor them. You have Twitter and Patreon and Youtube. Those things didn't exist when I started. So don't give me any excuses, young whipper-snappers *shakes cane* I WISH I had this environment when I was younger. So don't sell yourself short, it's there waiting for you if you want it bad enough.

Trying to think back on who to thank first is impossible.  The community was such a big part of it, and then there were also just random saints that would come out of nowhere and help us. Most people don't know this but Dtoid reader Alexis Ohanian (yes, the Reddit co-founder along with SI Newhouse IV) loaned me $100,000 to keep the lights on during 2009 (It took me ten years but I fully paid them back, with interest!) I had advertisers pay us literally 180 days late. That whole hustle was brutal, really hard on the families here when the checks just wouldn't arrive.

And yes, of course, I miss you, too

You know that thing you do when you're about to go to sleep and your brain conveniently reminds you of every mistake you've ever made? For me, Destructoid's like that when I think about all the people that have come and gone who built this place. There's not a day that goes by where I think, man, I should have been a better community manager, a better business person, just smarter, more patient, more kind, or those people would still be here. And it's not realistic.  You put passionate creative people in a barrel and they will inevitably have creative differences. People in your life are seasons, life goes on, and there's still many things to do while we are living.  And that said, I have some work to get back to. 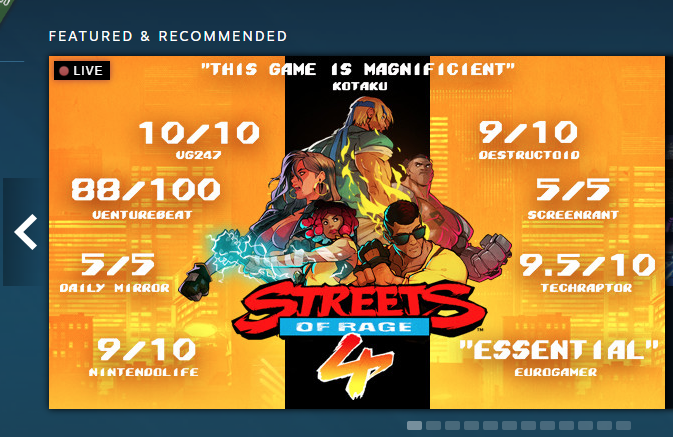 Still freak out every time when I open up my Switch, Steam, or Epic games store and Destructoid looks back at me

This is not financial advice

It's not my baby anymore, but it's in great hands. I'm extremely grateful that Destructoid found a more solid footing under Enthusiast Gaming, which took over the bills in 2017 and should be made a saint for not changing a damn thing. Huge props to Menashe, Eric, Meir, Adrian, Thamba, and so many others at Enthusiast who really get that gaming is made up of unique communities like this one. I'm not surprised they became a unicorn billion dollar gaming gaming company. Oh and by the way, you can own a piece of Destructoid now by investing in $EGLX on the OTC or TSX (Canada).  I believe videogames are probably going to be even more popular in the future, but I may be biased.

It gives me great pleasure to still be involved in discovering and building up the next generation of Destructoid creators, starting with two very promising new hires who have accepted new roles as senior editors to build the future of what this site can be.

For year 15 Destructoid, we're going to back to basics.

Original content. Personality-driven editorial. Leaning into weird and falling over on it.  An obnoxiously divisive hipster site redesign. Kidding -- but if we do, I know 'classic mode' is important and you'll have it exactly as it is today.  It's almost as if I know what I'm doing.

Destructoid still has some surprises coming, and I'm still here in chrome.  Witness me.