2021 is the Year For Major Celebrations! 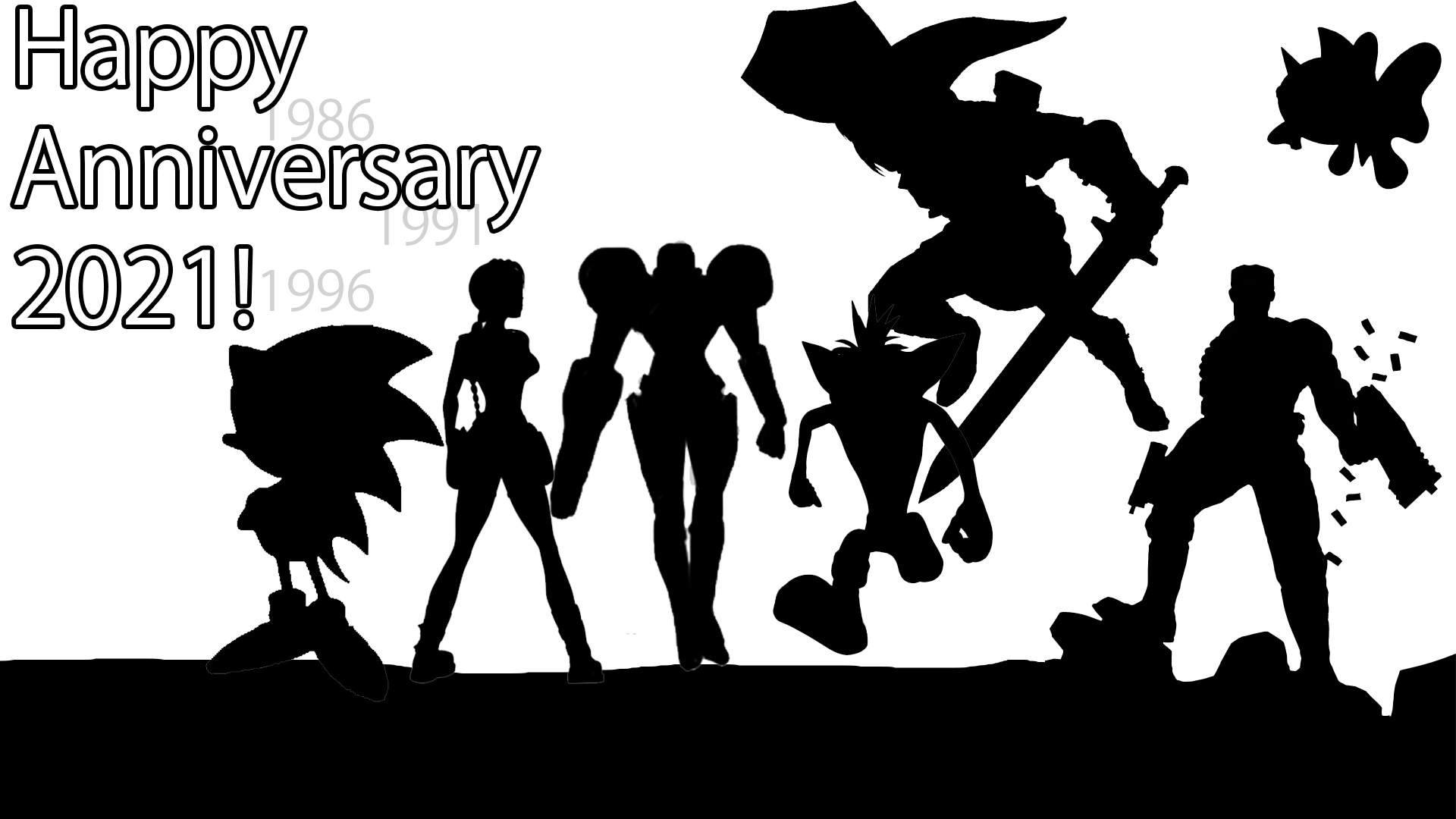 Between 1981 and 1996 many video games and franchises were introduced to the public eye for the first time. Donkey Kong, Mario, Pac-Man, Pokemon, Duke Nukem, Sonic, Tomb Raider, Crash Bandicoot, the list goes on and on. So much so that even the companies themselves couldn’t keep up with these anniversaries that come and go for many of these games. Last year we had the 35th anniversary of Super Mario Bros. and the modern day plumbers adventures over the years following the original NES game. This year marks 40 years of Donkey Kong, and Mario’s true introduction to the gaming realm (originally being called “Jumpman”). You may not see such an anniversary by Nintendo, but hopefully we’ll see something in 2031 when Donkey Kong turns 50? Meanwhile, Pokemon’s debut marks 25 years and there’s a lot of plans being made throughout the year, so it’ll be interesting to see how they’ll celebrate. I’ll be talking more in depth about Pokemon in a future post so stay tuned!

A franchise anniversary is always amazing to celebrate, but we can’t forget the numerous games that have come out throughout the years that this year marks a certain anniversary in its release. To start, one of the most popular games in speedrunning marks its 25th anniversary as well as the console that it debuted on. By May 2003 this game had sold over 11 million units, and the console? 32.93 million units sold worldwide! While the console, codenamed “Project Reality” was mediocre at best, this game was one of the initial impacts towards its overall success. Have you figured it out by now? Of course I’m talking about the Nintendo 64 and it’s launch title Super Mario 64, both turning 25 this year having been released on June 23rd, 1996. The game was a defining moment in every gamers life as they had their first taste of a Mario adventure completely done in 3D with an analog stick and responsive controls.

While we’re on the subject of Mario, a few more of his major hit games are celebrating anniversaries as well, namely Super Mario RPG: Legend of the Seven Stars (March 9th, 1996) celebrating 25 years of being the first of many role playing games starring Mario and the gang. This also marks the 30th anniversary of the North American release of the Super Nintendo Entertainment System (Super Famicom) and its launch title Super Mario World! Both released on August 23rd, 1991 and truly rocked the gaming world with its vibrantly colored 16-bit graphics and soon to follow Super FX chip capabilities to provide high quality 3D polygonal graphics as well. The SNES went on to sell over 40 million units worldwide during it’s lifespan.

Other major anniversaries to celebrate include arcade’s #1 fighting competition game Street Fighter II: The World Warrior celebrating 30 years of punches, kicks, and hadokens since March 1991. Duke Nukem’s most successful entry in the series, Duke Nukem 3D turns 25 as of January 29th 1996. The first in Shin Megami Tensei’s sub series lineup Persona is 25 years old when Revolutions: Persona released on the Playstation 1 on September 20th, 1996. The first of many CD based consoles to define high quality sound, video and the sad introduction to the ever so famous “loading screen”. Sega’s add-on expansion to the MegaDrive, the Mega CD (Sega CD) made it’s debut in Japan on December 12th, 1991. Finally, 35 years ago on September 1986, Sega releases the Sega Master System in the US to directly compete with the Nintendo Entertainment System, making this their first console bout together as rivaling companies setting the stage for many more epic console wars for years to come.

This is only the very tip of the iceberg of anniversaries in gaming, and because of this I’ve decided to start a little series called “Through the Ages” where I’ll be going in depth with a variety of game franchises that are celebrating either 25, 30, or 35 years of entertaining adventure, excitement, and overall enjoyment. I can’t promise some of these posts will make you feel old, but that’s just how far gaming has come. Some of these series’ I have planned will be pretty obvious while others may be a bit more obscure so there’s sure to be something for everyone to read.