Plus Some Background on Indie Doom Clones

You ever heard of Doom? How about Quake? Considering their popularity and influence on the FPS genre, you may have heard about either at some point. You may have also seen a recent uptick in similarly styled shooters - Post Void, Nightmare Reaper, and Prodeus just to name a few. Regardless, even though it’s still in Early Access, I’d like to tell the world about the hormone rousing, heart stomping, and sensory gibbing blood supply that is ULTRAKILL.

But First, A Bit of History on Indie Retro FPSes

You might have thought that Doom clones would surge during the indie boom of the early 2010s. Sure, Mega Man 8-Bit Deathmatch (MM8BDM) - a Mega Man-based Doom overhaul for multiplayer - gained a lot of traction when it was released in 2011. Strife (1996) was brought straight out of obscurity with Nightdive’s Strife: Veteran Edition, and the creator of Skulltag - a popular Doom source port in the 2000s - went on to create Wrack. Heck, Shadow Warrior got a successful remake in 2013. Apart from those, I don’t recall any standalone Doom/Quake-likes at the time; “new” retro shooter fixes came as player-made mods for Doom and Quake (though don’t get me wrong - people have made amazing content). Neither Strife: Veteran Edition nor Wrack gained much traction to the general public, and MM8BDM’s playerbase wore out over time (though its community remains active).

Then DOOM (2016) came out. While it didn’t immediately bring a new wave of old-school shooters, it still renewed attention to its classic run-and-gun style. This is where New Blood Interactive comes in. Simply put, the publisher stirred both the indie and single player FPS scenes with DUSK and Amid Evil - both critically acclaimed for their Doom-inspired action. And they’re keeping that run-and-gun momentum going with Arsi “Hakita” Patala’s ULTRAKILL. 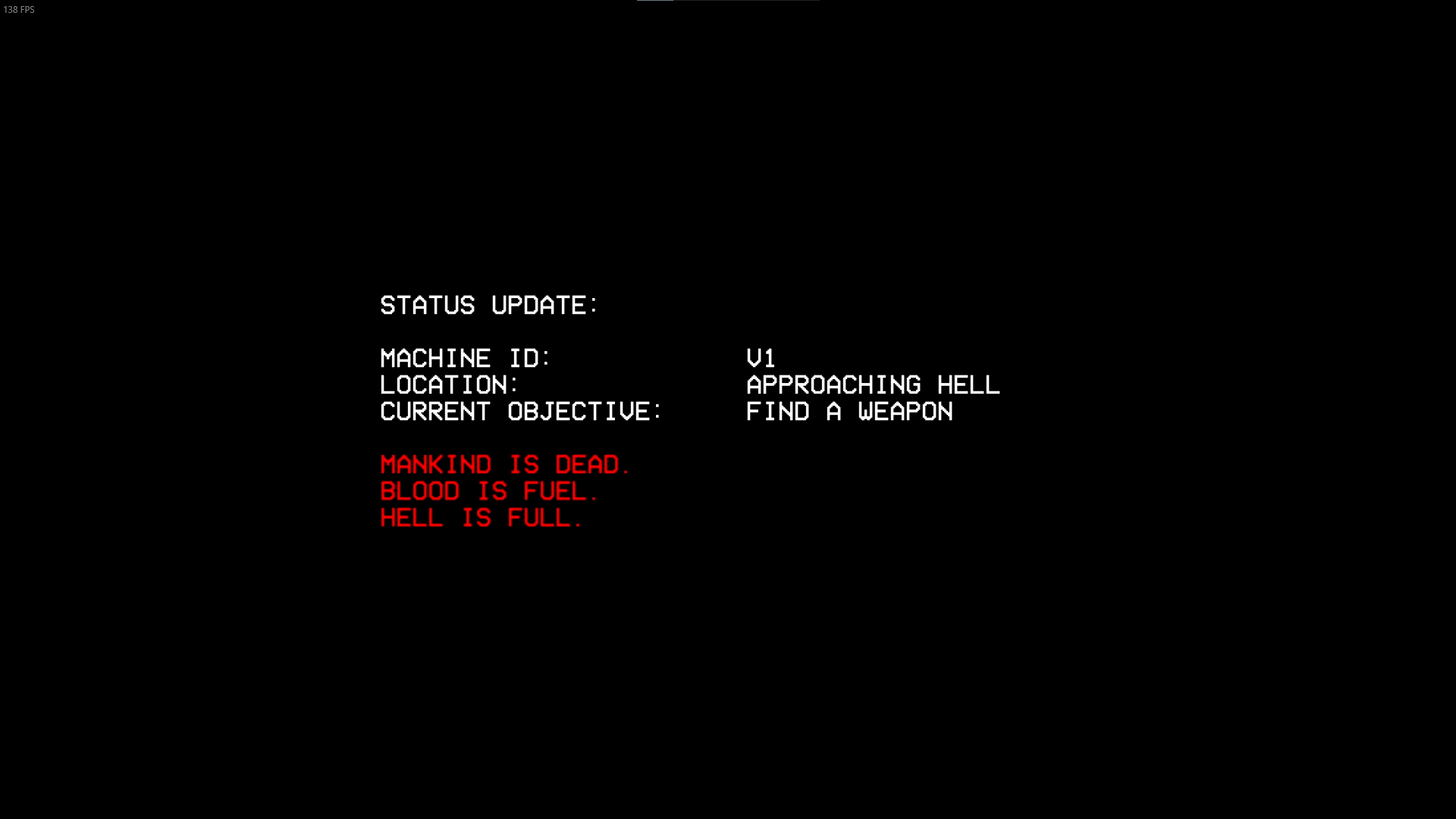 What ULTRAKILL Brings to the Table

Right off to bat comes the aesthetic. An old PC interface right off to bat as you set up the game. A message that cuts straight to the point - as concise as machines can get with an objective and backstory. Grainy and chunky textures that resemble Quake’s. And once you’ve finished the tutorial, you become thrust into a world of carnage. 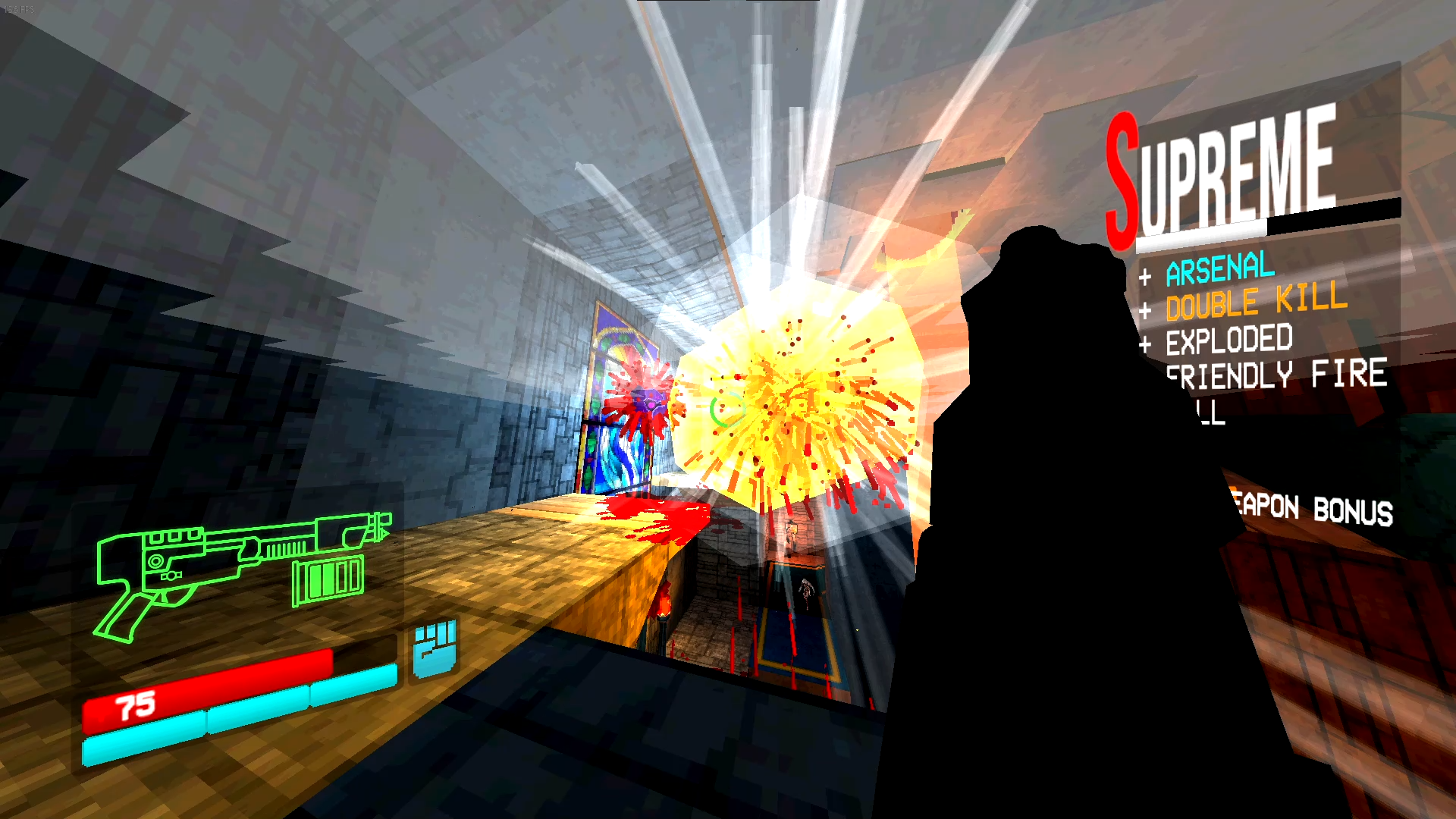 Holy hell, the gameplay is good. Blood is everywhere. Guns have tons of oomph. Hordes of enemies at a time, waiting to become red paste. You’re always on the move, and that movement is incredibly fluid - from running and sliding to ground pounding, dashing, and wall jumping. It’s some of the best movement that I’ve felt in a first person game. Well, personally I’d like to control how high I jump, but that’s a minor complaint that’s only occasionally applicable.

The sheer amount of blood isn’t just for show. Staying near blood splatters restores your health; blood is literally fuel. Thankfully, that cool concept is backed up by the weapons. On top of punching to parry projectiles, it feels really satisfying to land a shotgun blast, shred foes with the nailgun, make giblets with explosions, and so forth. Blow something apart, and expect screen shaking and dramatic slow-down. Lots of it. You can even purchase different versions of your collected guns - each with different secondaries. One of my personal favorites is the pump action shotgun that shoots more pellets by pumping it further. 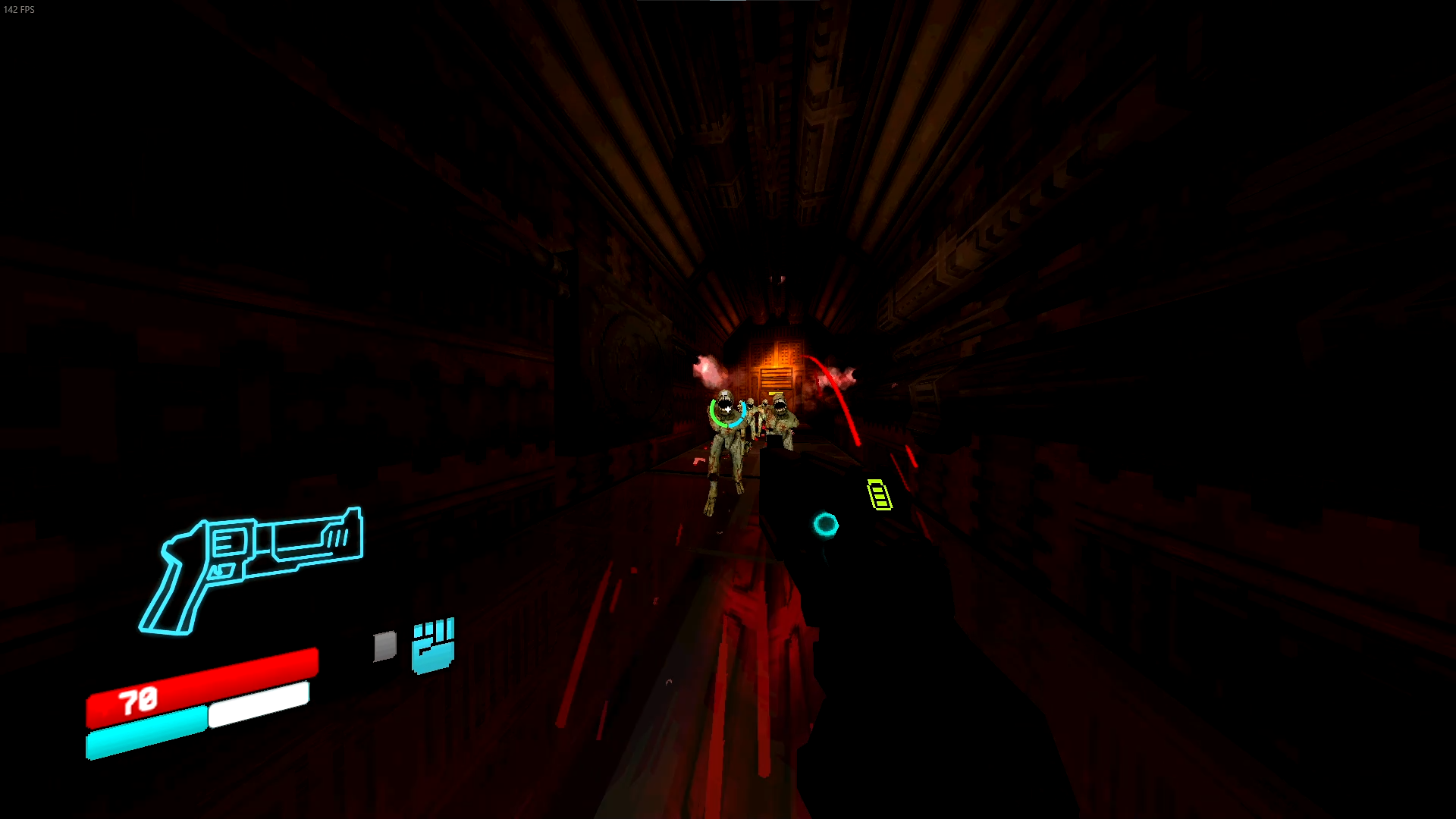 As I’ve said before, the graphics look like Quake’s. That also means a bunch of fairly bland visuals right off to bat. Thankfully, the brownish industrial walls and red glows are mostly limited to the prelude. The first chapter has way more color and visual - from the heavenly skies and trees to the stained glass. Any additional red lights are complemented by different textures and themes. Just look at the town square-like aesthetics of chapter 2!

Let’s not forget about the other features that further add to the experience. The combo system rewarding skillful aim, the kickass music, being able to read up on individual enemies...as overlooked as these may be, it wouldn’t be ULTRAKILL without them. 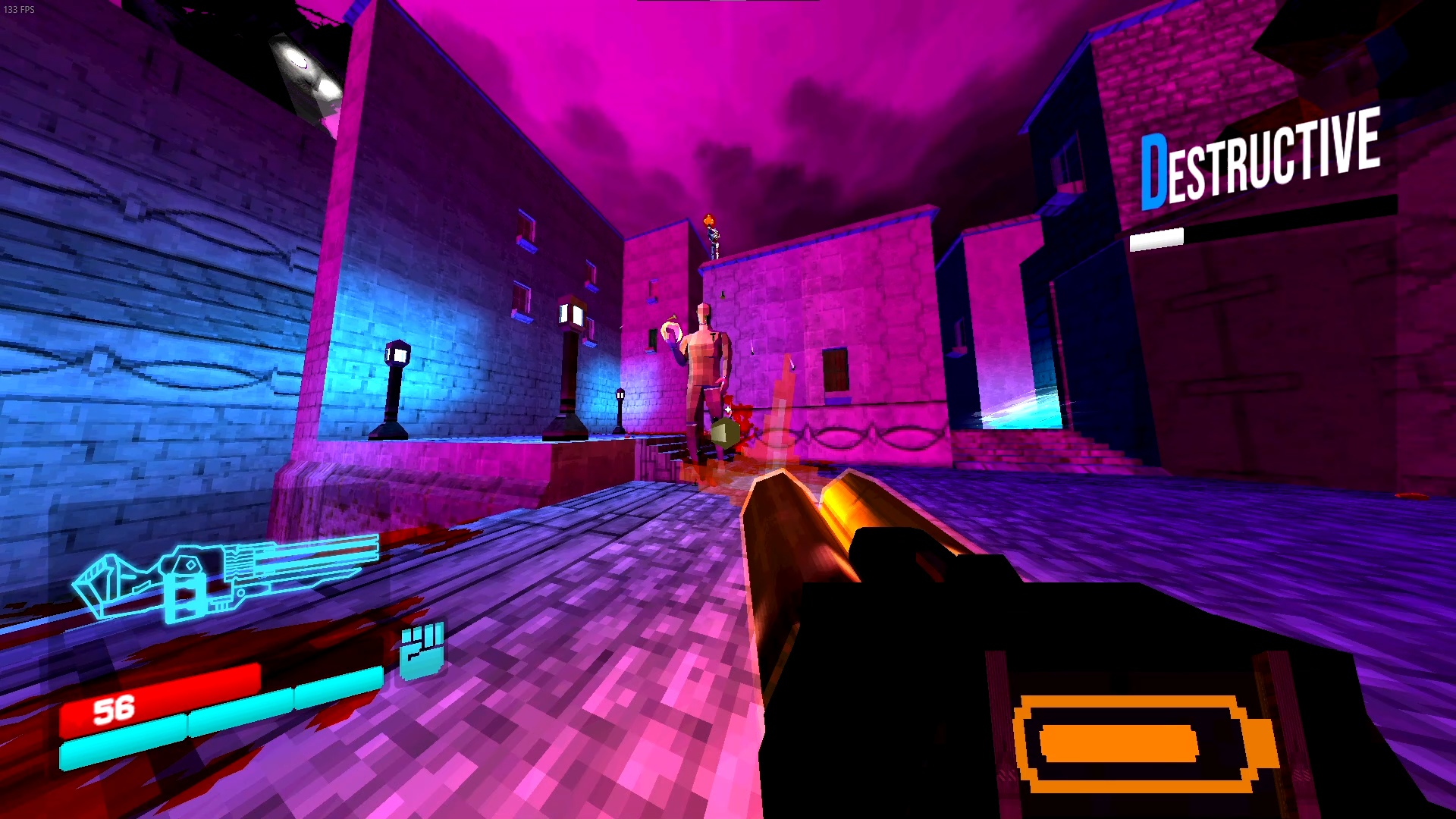 And there’s still more to come.

- Nothing to clear the head like a good cup of tea.

PC gamer person who favors the old and obscure; plays anything that's good. Boomer wannabe of a zoomer.