Zelda 35: The Beauty of the Silent Hero

Few video game critiques are as ubiquitous than nearly every single review for a Zelda game (from about Wind Waker onwards) commenting on the lack of voice acting. I find this ironic given the fact that everybody and their brother also complains that Navi in Ocarina of Time won’t shut the fuck up. But as video games grew ever more complex throughout the ‘00s and ‘10s, it became increasingly apparent how different Zelda was from the rest of the AAA games. In 2011, Nolan North had practically become a household name amongst gamers for lending his confident swagger to the voices of Nathan Drake of Uncharted and Desmond Miles of Assassin’s Creed. Mark Hamill’s and Kevin Conroy’s turns as Joker and Batman, respectively, in the Arkham series were almost worth the price of admission alone. And then there were massive games like Skyrim featuring an entire world of fully-voiced NPC’s that helped bring a fantastic sense of immersion and realism to its fantasy adventure. 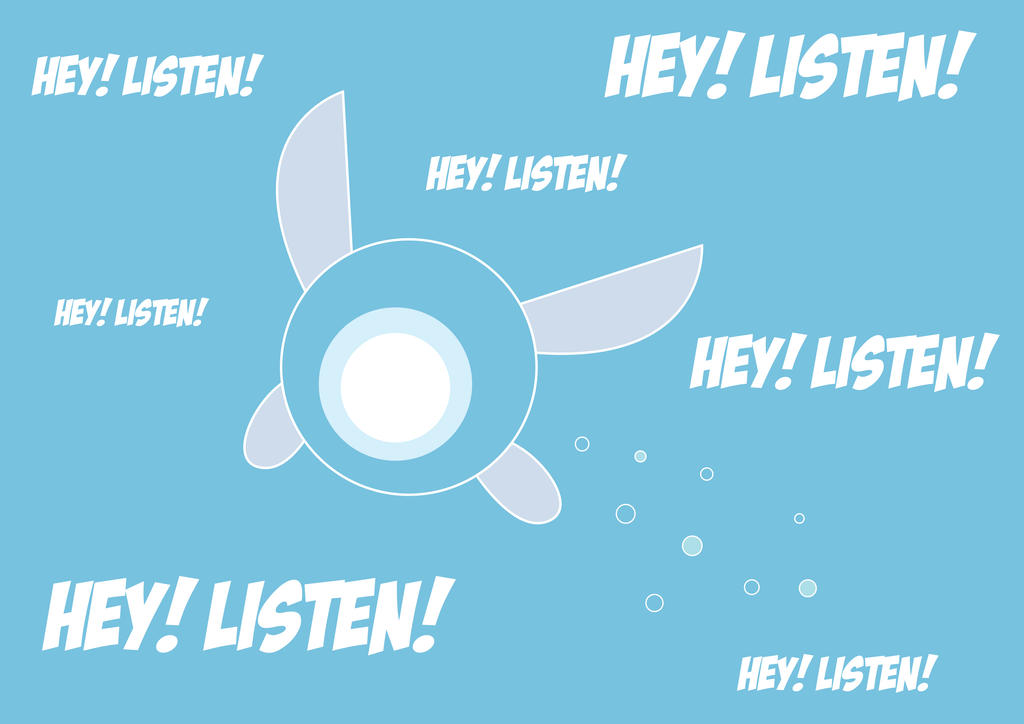 This is what you want more of?!

Meanwhile, Skyward Sword featured Fi speaking Animal Crossing-style gibberish, but sent through a filter to make the voice sound “metallic” and “computerized.” I’m not knocking the art direction of her voice, just pointing out the stark contrast between Nintendo’s flagship adventure franchise and nearly every other game on the market.

For a while, lack of voice acting seemed to be Nintendo’s M.O. in general. In the Wii and Gamecube era, lack of voice overs was one of those Nintendo-isms fans just had to learn to live with (alongside a lack of fully orchestrated OST’s). But to some degree this made sense. Outside of Fire Emblem (which did have voice acting on the GameCube but certainly wasn’t popular in the West) and the occasional Mario RPG, what Nintendo games had anything in the way of a story? Plus, having recently played Super Mario Sunshine, I think we can all agree we don’t need a game where Toads talk more than they have to. Even for their big adventure games like Metroid Prime, Nintendo was telling the story of a solo bounty hunter. Who would she need to talk to?

But gradually Nintendo changed course throughout the late Wii and into the WiiU/3DS era. Games like Kid Icarus: Uprising and the 3DS Fire Emblem games had fully voiced cutscenes that gave their protagonists personalities. And after forcing Samus to interact with others in Metroid Prime 3, they gave her a voice and personality in Other M (your opinion of that personality/voice notwithstanding). But in terms of creating a living, breathing world of talking NPCs, Metroid Prime 3 with its Half-Life-esque playable cutscenes stand out as the closest Nintendo’s gotten to the AAA immersion many expect nowadays. Even the most well-realized Zelda-world to-date, Breath of the Wild, relies mostly on text alongside grunts and greetings for their NPCs to give players a taste of their personalities. Only rarely, and only in big cutscenes, do we get to hear voices. 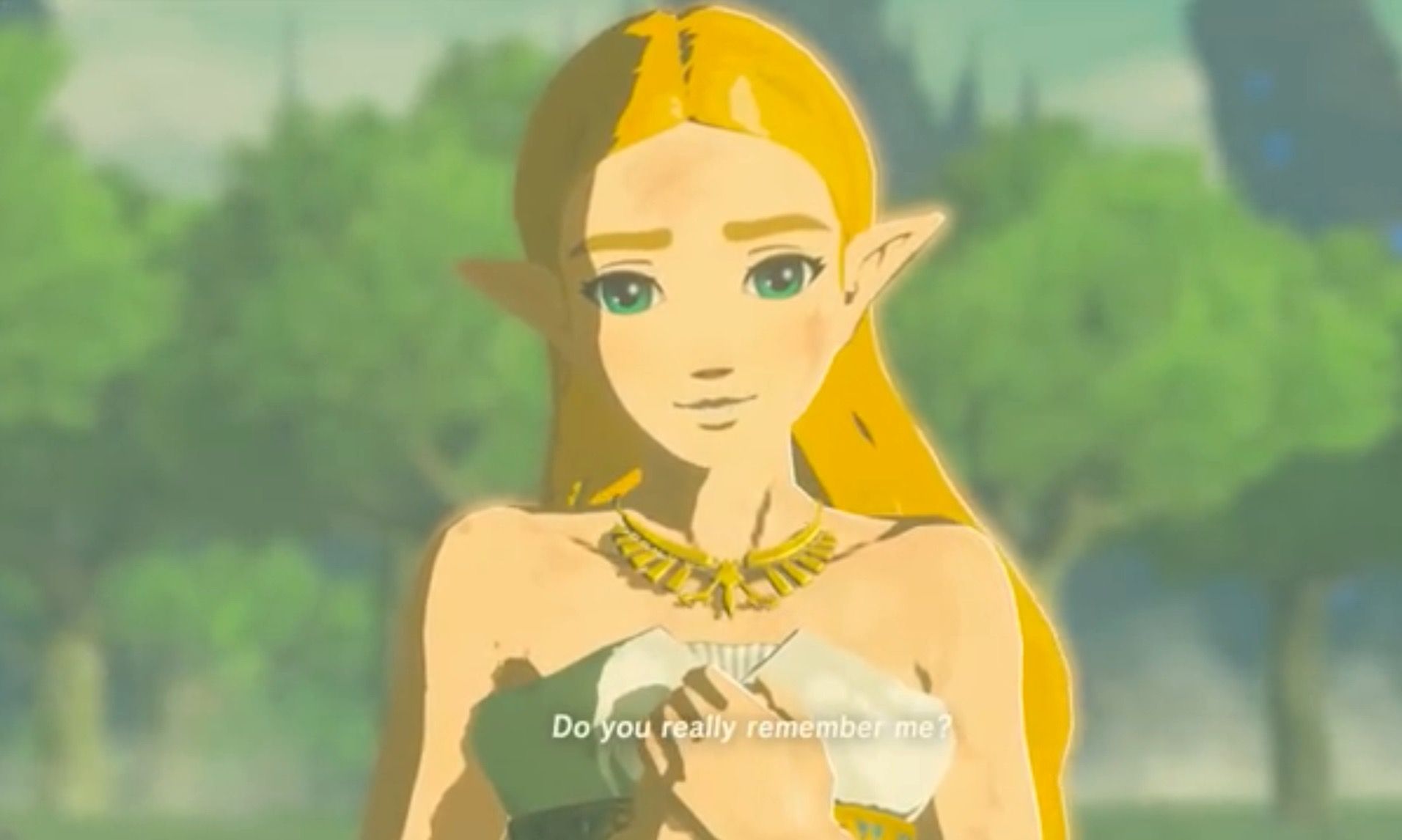 I long for the day that we get a Zelda with the auricular immersion of an Elder Scrolls, a Witcher, a Fallout, hell even on-par with Resident Evil 4 and its creepy-ass merchant.

But when that day comes, keep Link silent.

We are all Link. No, not in the way that we are all Spartacus. We are not all Spartacus. But every person who picks up a controller (or portable system) and boots up a Zelda game becomes the character-sometimes-known-as-Link (or, CSKAL, for short). As douchey as it sounds, “Link” is just a construct. Its name isn’t even Link. In most Zelda games you can name the character whatever you want, from “Beavis” to “Butthead.” Where some see this as a weakness of the franchise, I see it as one of its greatest strengths.

Let’s start by thinking about the alternative: a fully-voice acted, story-driven Zelda adventure where Link speaks. This can go one of two ways. 1) Nintendo does little to change the fundamental nature of the Zelda story (i.e. a good vs. evil contest) making “Link” a boring goody two-shoes. 2) Nintendo tries to change up the typical structure of the Zelda story, making “Link” into a unique personality with his own backstory and motivations besides those prescribed by the typical Hero’s Journey.

As for the first of the two scenarios, I am well aware that there are countless examples of fiction where the protagonist is a do-gooder, yet has plenty of personality and is far from boring. Aang in Last Airbender, Frodo in Lord of the Rings, etc. Yet what separates Aang and Frodo from Link is that Link (largely) travels alone. He doesn’t travel with a party or company of friends, and as I’ll expand upon below, that’s exactly how it should be.

Now a word should be said about the fact that Link does often have companions on his journeys like Navi, Fi, Midna, Phantom Zelda etc. who, especially in the case of Midna, bring a lot of personality to the table. It would seem natural for the two to build a rapport and we as the audience be witness to their fun banter. However, the reason I think Midna worked so well as a companion and as a character is the fact that she got to play off Link’s silence and lack of personality. By him being a blank slate, Midna got to steal the show (in much the same way Issun did in Okami). 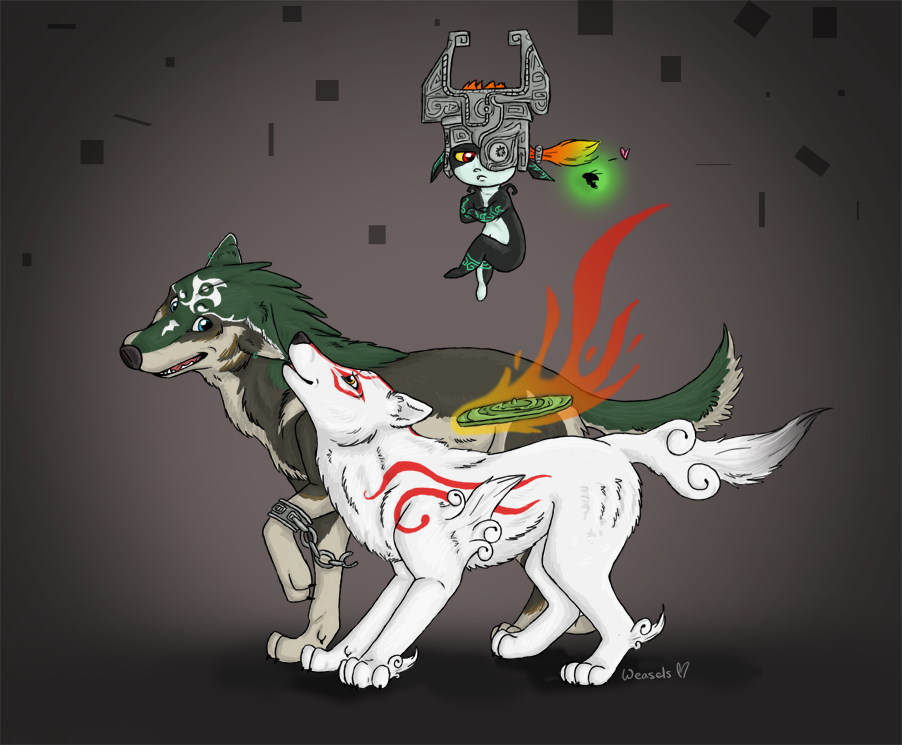 Wish I was at the creative meeting when "Wolf Link" went from the bad idea pile to game design.

But there’s also the issue that, even if you start having Link respond to Midna or Fi, the game would get pretty boring if Link’s voice acting wasn’t spot-on or well-written. And to make well-written dialogue, writers need to know who their characters are. And to do that, we need to give Link a backstory – a real backstory. No, “he’s the Hero of Time-reincarnate” bullshit. We’d need to figure out who this Link is, much like how each Assassin’s Creed needs to establish the identity of its new assassin.

In other words, the moment Link opens his mouth, he needs to become a fully-realized entity or else the entirety of the game’s dialogue will become meaningless. If we don’t care about our main character, we will not care about what he’s saying.

But it’s more than just making a potentially boring character. What if audiences don’t like the new voiced-Link? Giving characters the ability to speak and act like real people gives writers freedom to create a more unique individual. Unique individuals, by nature, are not loved by all. Link in his current state is impossible to dislike: he doesn’t say anything and only does good. But let him speak and explain his motivations for shit and we’ll have countless YouTubers yelling at you why Link is actually the worst.

For example, it is unreasonable that our Hero could realistically accept the burden of saving the world all on their own. But when Link is reduced to a symbol more than a character, we don’t give two shits about this burden. So when Ganondorf inevitably tempts Link to join the darkside of the Triforce in past games, we have no doubts that Link, the vessel of goodness, will reject him. But in a fully-voiced game, now we have to hear his answer. Is Zelda about to become a game full of half-baked soliloquies on the nature of good and evil? I sure as hell hope not. As I said, at best it will be boring. Zelda tells boring stories with side-characters sometimes getting interesting tidbits (Groose, Midna, Linebeck). It’s just what Zelda do. And if it tried to tell a different sort of story… it wouldn’t be Zelda. (I admit I haven’t played Age of Calamity which supposedly has a more story-driven focus… but I also don’t consider it a core Zelda title). 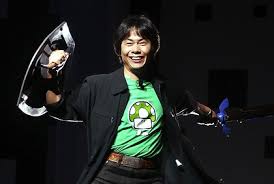 Even as nerdy as he looks, we will never look so cool.

But I think my main point in all of this is that: Link, the silent hero, is perfect for what Nintendo (and Miyamoto specifically) intended him to be: a vessel through which we can explore the wild. By now everyone knows the fabled origins of Zelda as being inspired by Miyamoto’s experiences as a child exploring the caves of Japan. When Zelda is at its best, like in the NES original and the most recent WiiU/Switch adventure, players are put in the role of performing exploration and experimentation. Yes, there’s some evil to defeat, and yes, there’s a princess to save, but the reason you’re drawn to blow the dust from the cartridge’s pin connectors is for that incredible freedom of exploration.

If you want to call the man clad in green “Link,” go for it, but he’s little more than an extension of you, the player. His simple grunts and sighs often reflect the frustration or relief we as gamers feel. Now let’s be clear, I’m not saying Link can’t change. I’m arguing Link is a universal character… but he’s also a blonde white dude. Here’s where I may be a bit radical. Let Link be a woman. Let Link be trans. Let Link be gender non-conforming. Let Link’s skin tone reflect the entire melanin spectrum from pasty to dark. Let people make Link look the way they want – they already get to pick his name. For sure, keep the standard Link design as an option -- it’s what I and likely many others will want to play as -- but if Nintendo keeps Link silent in order to preserve his universal appeal, then let them make good on that intention. Everyone deserves to feel themselves be the awesome adventurer Miyamoto intends for them to be. Linkle's a start, but make her an official version of Link!

For nearly twenty-five years I’ve personally had the luck and privilege to spend countless hours exploring the varied environments of Hyrule. Every time Ganon or Vaati or Bellum or Majora or any evil threatens the land, I prepare myself for a lengthy and sometimes difficult adventure, whether from the sky, below the ocean, across time and space, and sometimes (unfortunately) on railroad tracks. But throughout all that, it is clear that it is I who has had that privilege. By keeping him silent, Nintendo proves to us that Link is not the Hero of Time; we are. 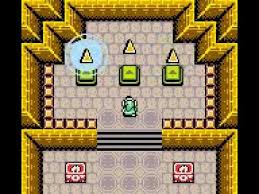 Shout out to the Oracle games which actually start with the Triforce at peace for once.